Pasteur_Paris Team organized the Parisian meet-up on Monday July 6th at the Pasteur Institute. The teams Evry, IONIS_Paris, Paris_Saclay, and Paris_Bettencourt were present!

The goal of this meet-up is firstly to know each other, to facilitate exchanges and to create collaborations. During the day we presented our teams and our projects! We discussed about activities and performances to make for the Giant Jamboree. Together, we decided to make a song during the summer!!! We visited the Pasteur Museum which is in the Campus of Pasteur Institute. We discovered the house of Louis Pasteur where he spent the last seven years of his life. We learned more about his works and his discoveries in collaboration with many scientists, based on the original instruments he used. We had the chance to visit the magnificent crypt where Louis Pasteur is buried!!! After the museum visit, iGEM IONIS had the great idea of filming each team presenting its project!We finished our meet-up by a beerstorming! We discussed about future meetings between Parisian teams! 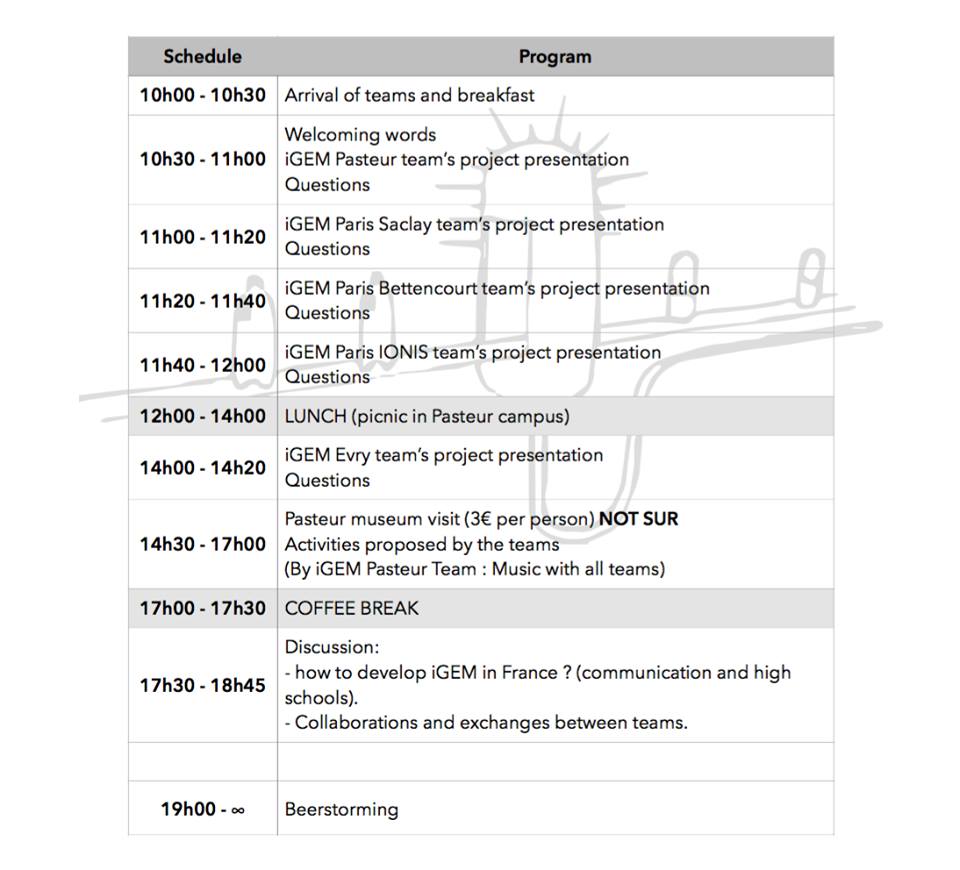