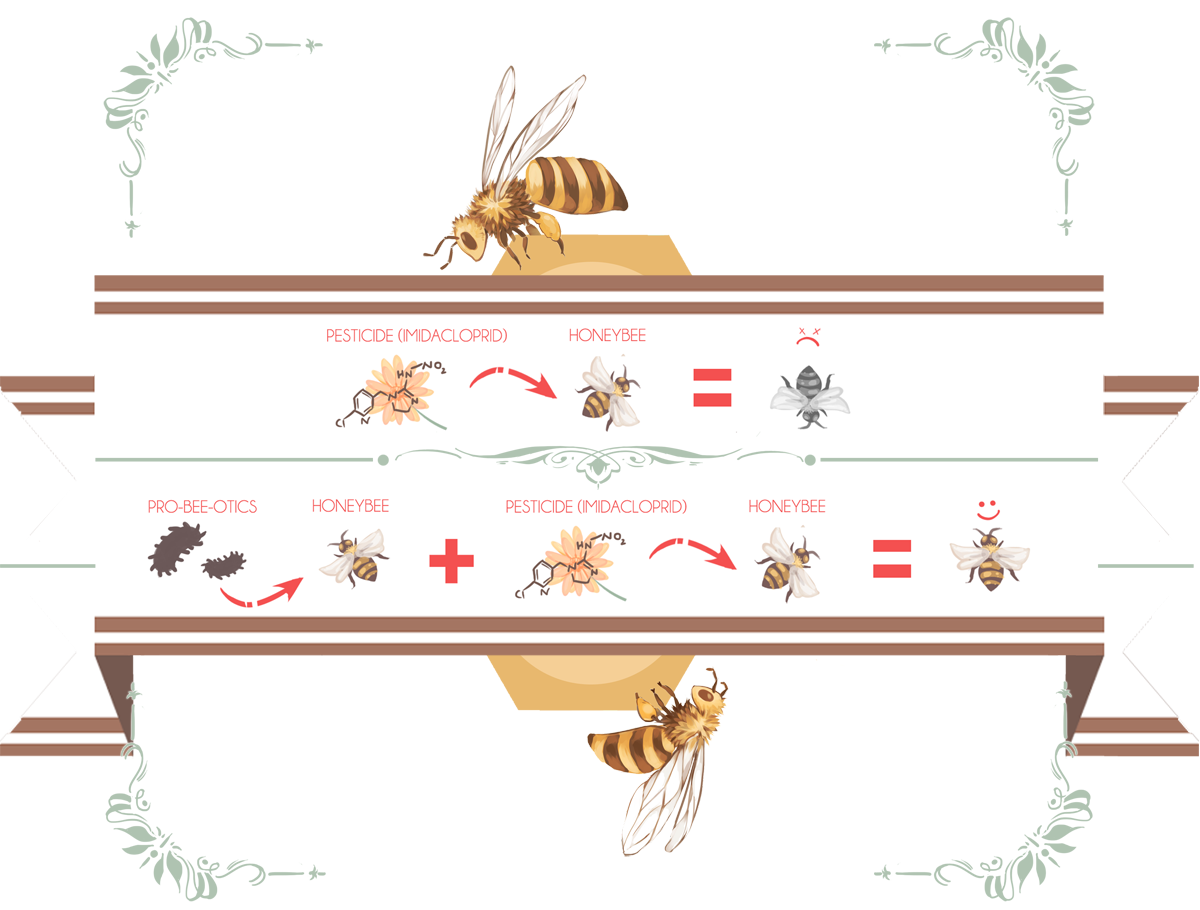 Imagine a nice summer day outside in the meadows without the buzzing and humming of bees. It would be pretty quiet. But not only that. Probably, you also wouldn’t be able to enjoy the beauty of many flowers. And the crops on the field next to it wouldn't carry many fruits. This scenario may become reality in the near future because bees are dying on a massive scale. Honeybees are of great ecological and economical importance. They are responsible for the large-scale pollination of various plants like wild flowers and crops. It is estimated that honeybees pollinate $14 billion worth of crops per year in the United States alone. Worryingly, this economy is at risk because of substantial declines in honeybees. 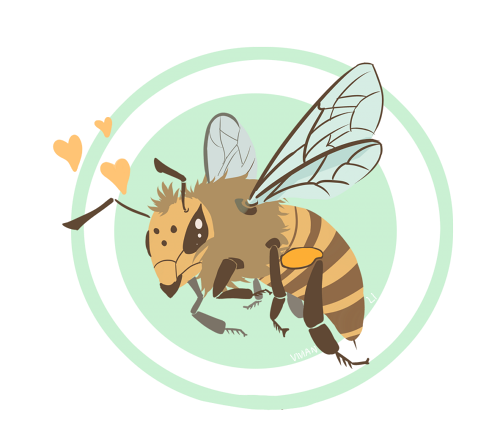 Since 2006, beekeepers report the dying of bees in large numbers. This phenomenon was termed Colony Collapse Disorder (CCD). The cause of CCD is still not fully understood. Experts believe that multiple factors work in concert and cause the symptoms of CCD. Among these factors are parasites, like the varroa mite, bacterial diseases and virus infections, as well as pesticides. Neonicotinoid pesticides such as imidacloprid have been reported in the media to play a significant role in CCD. It was shown that neonicotinoids have a toxic effect on honeybees and may lead to behavioral changes of the worker bees, leading to the risk for a colony to forfeit their working forces. This has already driven the ban of neonicotinoids in the European Union. However, without these pesticides, farmers are facing large economic losses and have been forced to go back to more traditional pesticides that have an even more detrimental effect on the environment. But what can we do instead?

Our project aims to provide a synthetic biology-based approach to solve one aspect on the issue around CCD and neonicotinoids. We are proposing to treat honeybees with engineered probiotic bacteria, or probeeotics, that protect the bees from the toxic effects of neonicotinoids. We are working with Gilliamella apicola, a native midgut bacterium specific to honeybees. We aim to engineer G. apicola to degrade imidacloprid into non-toxic compounds. By feeding this bacteria to honeybees, we believe honeybees will become less susceptible to common field doses of imidacloprid, which will reduce the risk of CCD. This approach will enable farmers to continue using neonicotinoids and benefit from the advantageous pest control characteristics while protecting the honeybees from their detrimental effects. 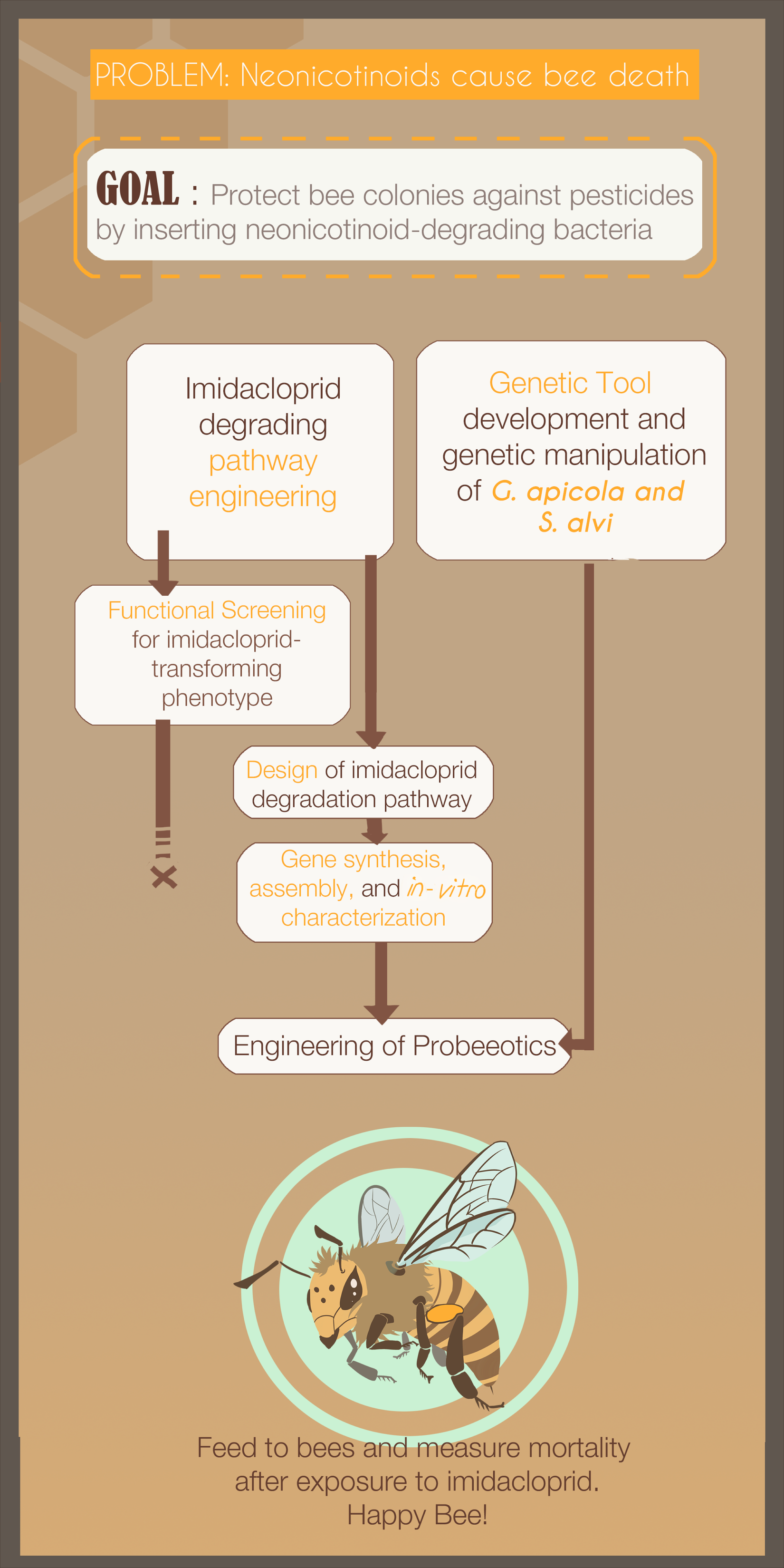