Glasglow
With
University of Glasgow

Engineering Glow in the Dark Biology

Our project is centered on using bioluminescence as a light source in Escherichia coli. After brainstorming with a designer, we decided to make nightlights for children. We believe this would be a good way to get the public talking about synthetic biology, and to ignite a passionate interest for science and synthetic biology in children. To make the nightlight more interactive, we decided that the children should care for the monster-styled nightlight during the day, so it will glow at night, protecting them from any bedtime monsters. To turn off the Aliivibrio fischeri bioluminescence lux operon during the day, we are using a UVA light sensor system from Synechocystis sp. PCC6803, and an inverter based on TetR family repressors from Pseudomonas. We are refactoring the lux operon for optimal performance using BioBrick assembly and a ribosome binding site library for each gene in the operon.

Glasgow 2015 iGEM team participated in the iGEM Giant Jamboree at the Hynes Convention Center on the 24th-28th September 2015.

iGEM Glasgow 2015 wishes to thank everyone who helped our project and our sponsors for making this happen. 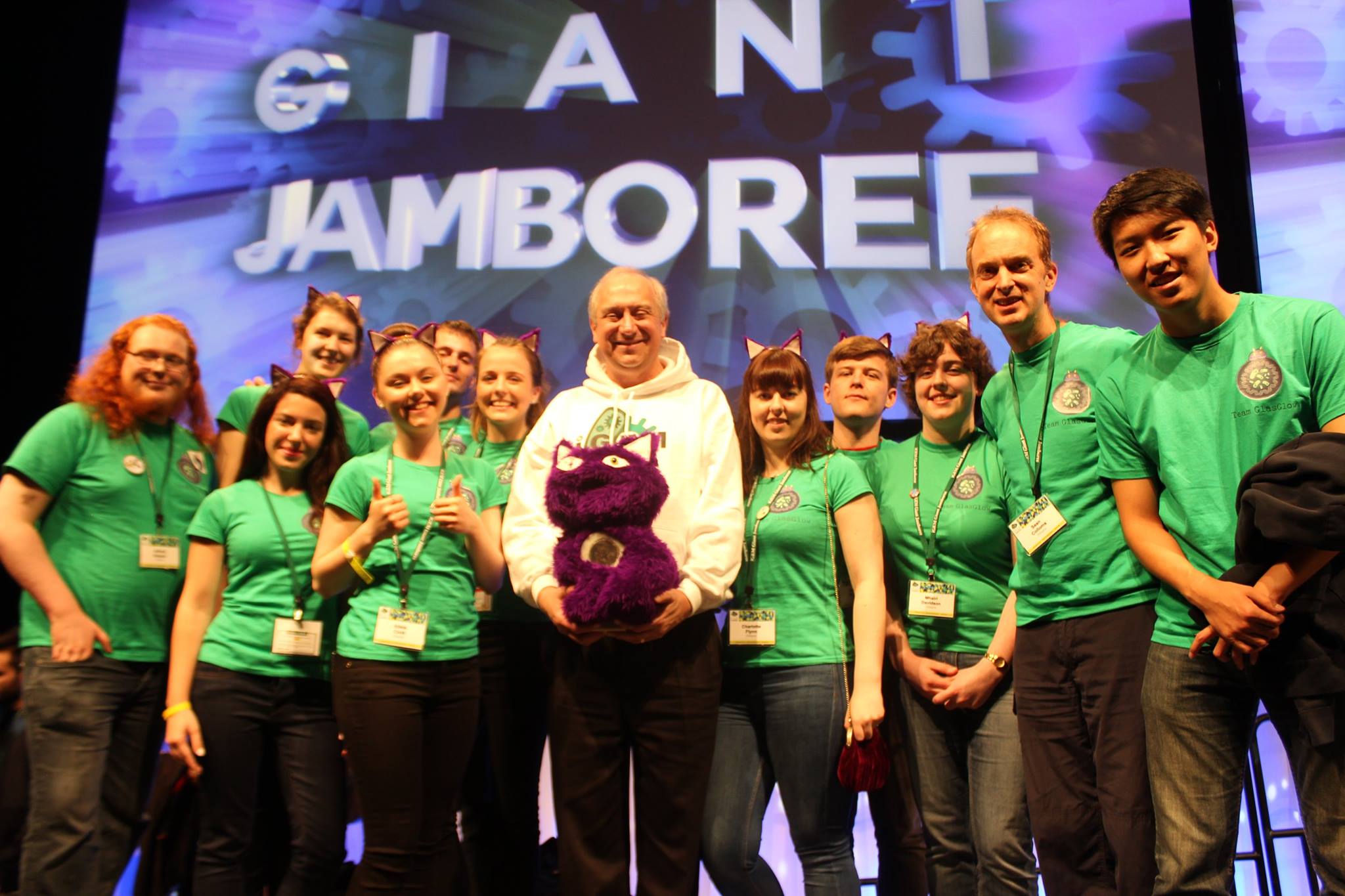