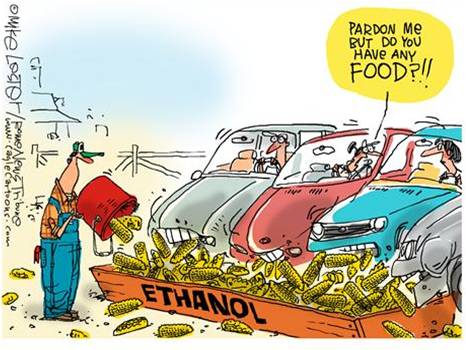 Team HAFS-Korea has been searching for an applicable solution to the Food vs Fuel debate. The ineffective
distribution of edible parts of corn to the fuel industries has created a chain of food depletion for fa
ctions of industries and livelihoods that rely on corn as a basic necessity such as South America or Africa.
Furthermore, whenever the demand for ethanol fuel rises for reasons like the increase in petroleum price,
the demand for corn-based foods also skyrockets, which includes not only cereals or tortillas but even liv
estocks like chicken and pork, because corn also provides the feed for these farm animals. Simply put, using
this new “renewable” biofuel in the current status quo which we have to share the food supply with fuel
- is not right. Fuel must be provided with a separate source, for its explosively big demand is a problem
for sure. In finding a practical solution to this dilemma, we have tried to create a microorganism that
can produce ethanol fuel from the inedible portions of corn; the cellulosic and hemicellulosic stems,
leaves, and all the stover leftovers outside food. This frees the food part of the Corns or Sugarcanes
from being used as fuels, and instead creates a healthy check and balance; the leftover wasted after
processing food would be recycled to make fuel. This process, most importantly, should not involve much
mechanical or energy-consuming processes, mainly because we cannot spend 2 gallons worth of fuel to
produce a gallon of biofuel. Here, through our preliminary research, we found out that the contemporary
methods of pretreatment for cellulosic ethanols were either through acid hydrolysis, thermochemical
hydrolysis, and enzymatic hydrolysis.(Badger, P.C. 2002. Ethanol from cellulose: A general review. p. 17–21.
In: J. Janick and A. Whipkey (eds.), Trends in new crops and new uses. ASHS Press, Alexandria, VA.)
Among these, the only hydrolysis pretreatment that works independently without requiring pressurization or
high temperature is enzymatic hydrolysis - a self-replenishing, self-controlled microorganism based system
that requires nothing but the cultured microorganism. E.coli, able to survive under bad, stressful conditions,
could best do the job - which we concluded that we need to give the E.coli the ability to produce cellulase
in order to enhance the process. Another aspect we considered was its effectivity in the fermentation process,
which made us suspect that the bacteria’s specialty in fermentation could also enhance its cellulase production
rate. Furthermore, E.coli provides a wide range of application in means of bioengineering, with its ease of
plasmid insertion and extraction. In short, E.coli would make the best basis for the bioengineering. Through
this, we aim to “catch two birds with one rock”; one for socio-economic innovation and another for a debate-
free renewable energy eco-friendly and easy to obtain anywhere around the world as long as plant matters exist.