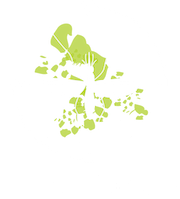 The NYUAD iGEM team has developed a self-sustaining mosquito trap. The trap attracts mosquitoes by having E. coli secret indole and lactic acid, both of which attract a broad range of mosquitoes; including, the Aedes aegypti mosquito - the vector for Dengue and Yellow fever. Indole is produced from tryptophan by E. coli via the genes tnaA and tnaB. Similarly, lactic acid is produced from fructose by E. coli through the gene lldD. The trap was built predominantly by using a large soda plastic bottle. The bottle was cut in half horizontally with the top half inverted and placed above the bottom. This forms an air-tight funnel-like structure with an opening through which the mosquito can enter. The genetically modified E. coli is placed on a petri dish at the base of the bottle and the electric mesh is held in place at the neck of the bottle so that once the mosquito attempts to leave the bottle, it is stunned and falls back into the petri dish containing the bacterial colony. Upon contact with the medium, the hard exoskeleton of the mosquitoes is digested by chitinase (chitinase is produced by the gene ChiA in E. coli). With the hard outer exoskeletons removed, the E. coli uses the mosquitoes as a carbon source to sustain growth.