Space exploration lies at the inquisitive core of human nature, yet high costs hinder the advancement of this frontier. We are harnessing the replicative properties of biology to create biOrigami—biological, self-folding origami—to reduce the mass, volume, and assembly time of materials needed for space missions. biOrigami consists of two main components: manufacturing substrates biologically and bioengineering folding mechanisms. For substrates, we are developing new BioBricks to synthesize two thermoplastics: polystyrene and polyhydroxyalkanoates. For folding mechanisms, we are using heat-induced contraction of thermoplastics and the contractile properties of bacterial spores. After consulting with experts, we believe that biOrigami could be incorporated into rovers, solar sails, and more. In addition to biOrigami, we are creating a novel method to efficiently transform bacteria by using the CRISPR/Cas9 system, benefitting the broader synthetic biology community. Our project integrates and improves manufacturing processes for space exploration on both the micro and macro levels.

How does it work?
With heat, evaporation, and materials that could be produced in space

Bacteria can be engineered to produce thermoplastics, and some species naturally produce cellulose. These materials can be folded with heat and evaporation, respectively. Selectively heating certain parts of a thermoplastic sheet causes the polymers in only that area to contract, causing a macro-scale fold of the sheet. This selective heating can be done by coloring parts of the sheet darker, so they absorb heat faster. As for the evaporation method, bacterial spores expand and contract when in the presence of different levels of relative humidity. Attaching many spores to a long cellulose sheet can cause it to contract, and placing many of these sheets in parallel gives them the ability to move a large amount of weight as the water from the spores evaporates and they all contract in unison. 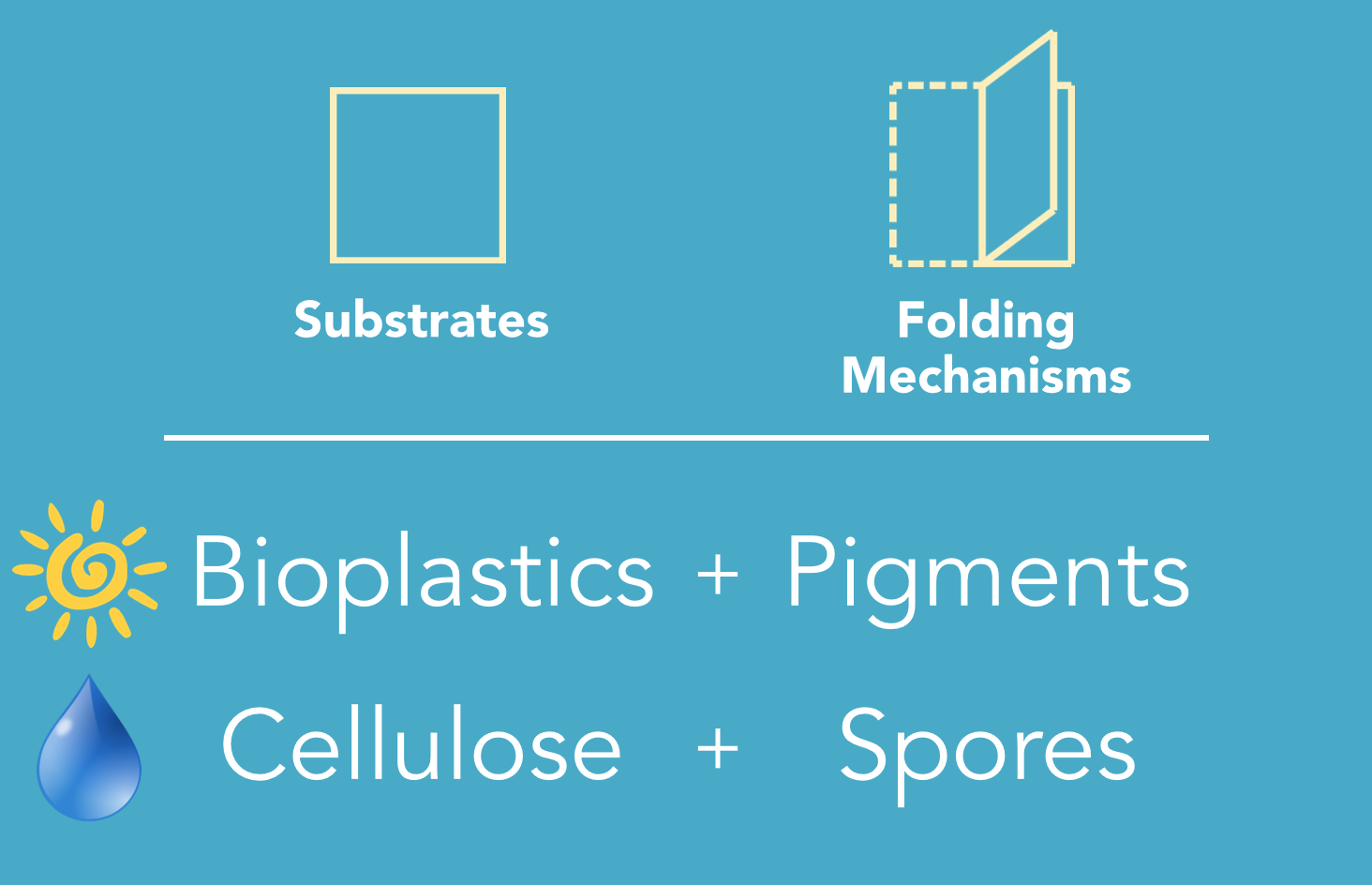 Polystyrene is widely-used thermoplastic that is resistant to photolysis. Our team worked on creating the first BioBricks for producing polystyrene in vivo. We believe that the properties of this plastic make it attractive for manufacturing objects on long-term missions to other planets. 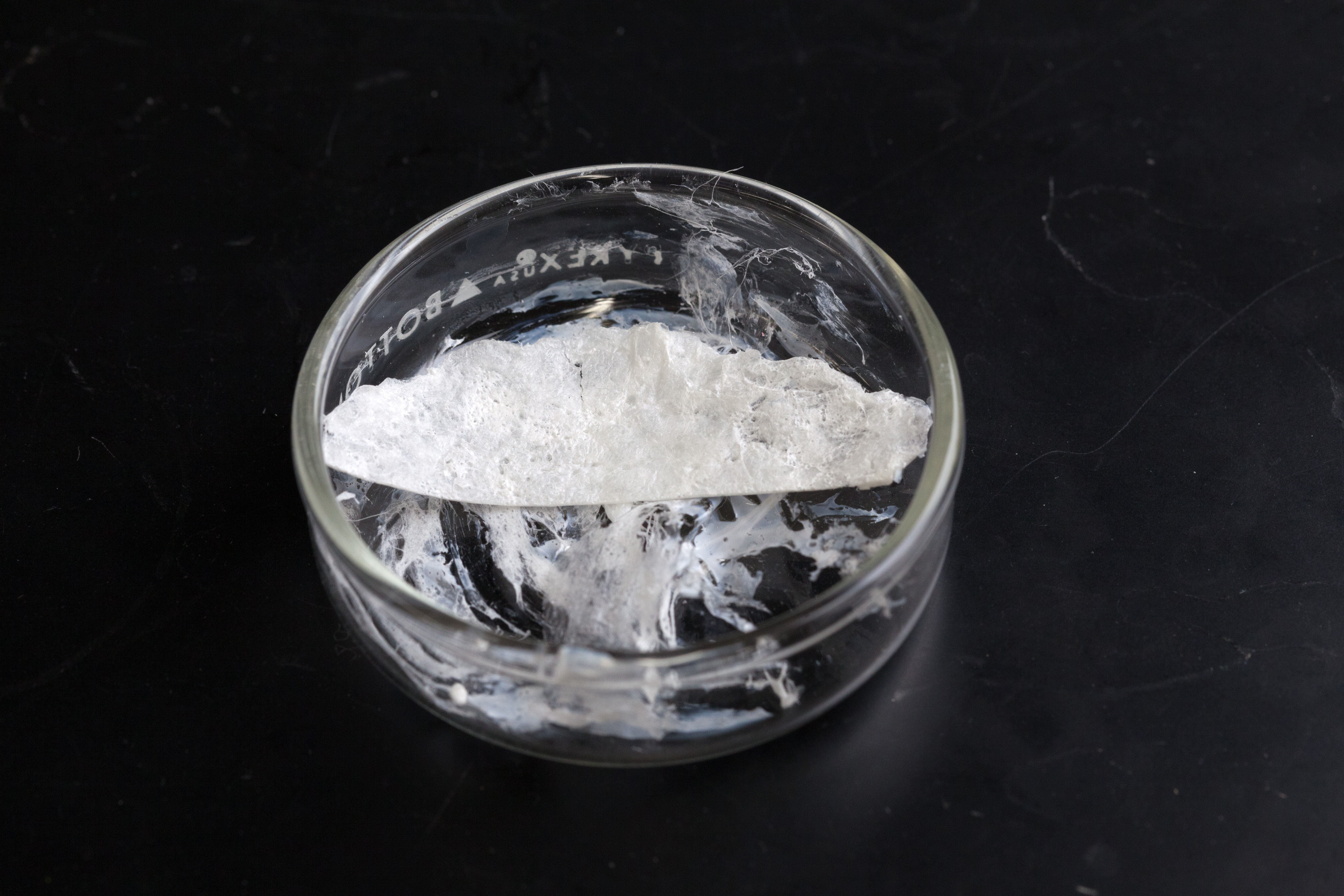 P(3HB) is a biodegradable, non-toxic biopolymer with properties similar to those of common plastics. It has a low glass transition temperature and can be formed into flat sheets for folding biOrigami. We are building on previous iGEM teams' work to optimize the production of P(3HB) for use in space. 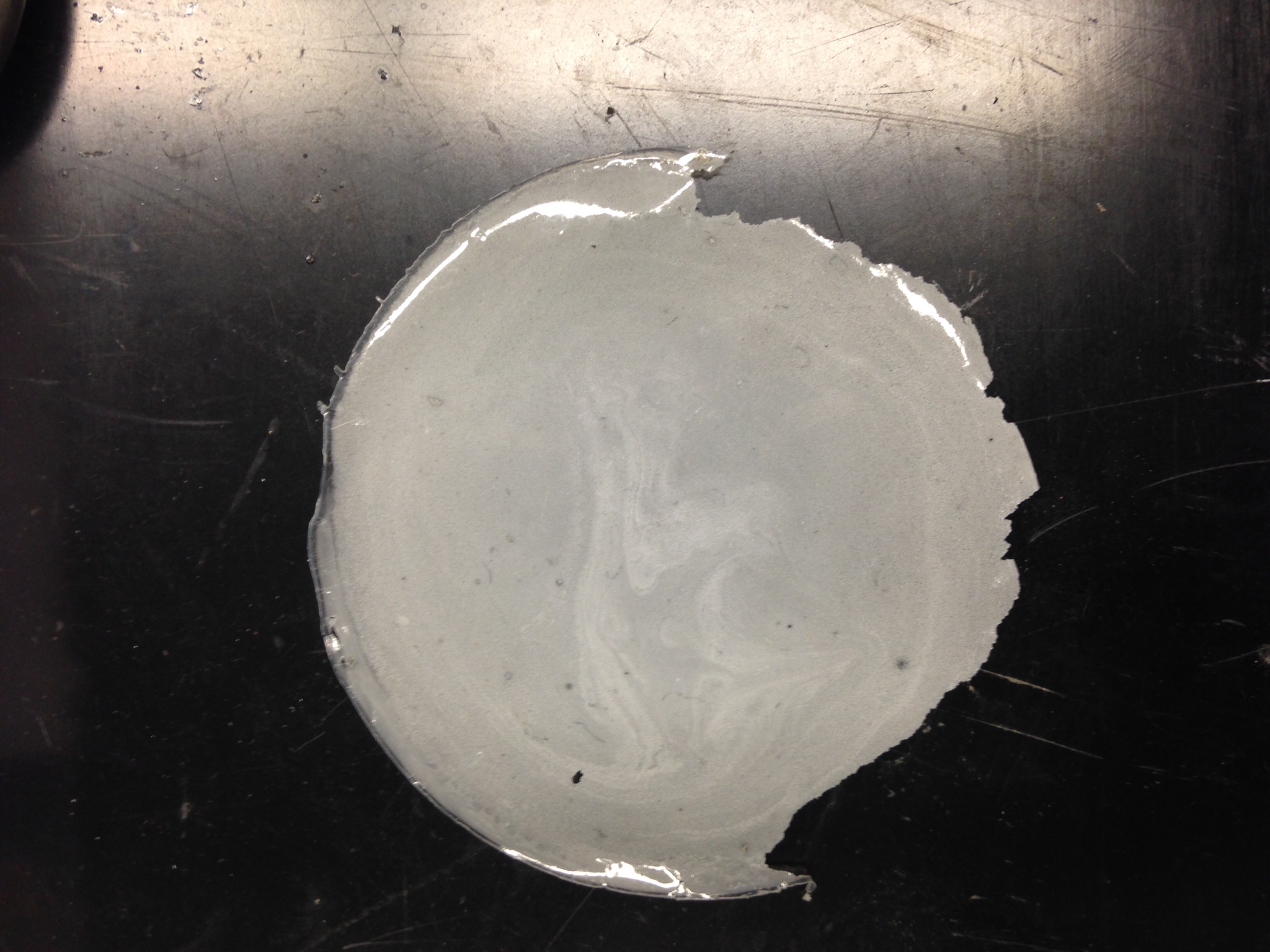 Based on work done by Chen et al. at Columbia university, we sought to employ the contractile properties of bacterial spores to use as a folding mechanism for biOrigami. Since spores are resistant to high amounts of radiation and dramatic changes in temperature, they could be suitable for use on space missions. 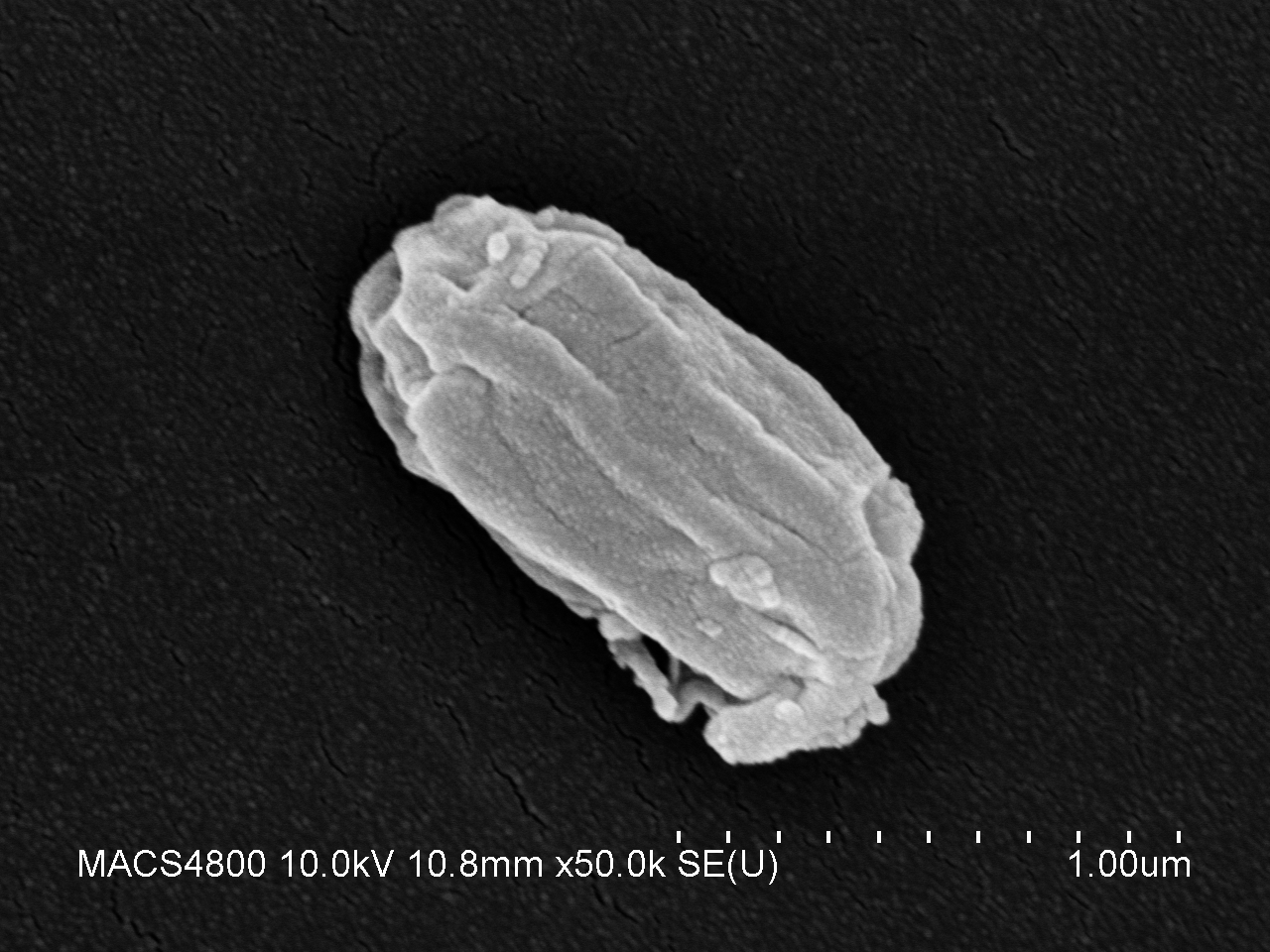 Our team has devised a method of increasing the efficiency of bacterial transformations—a technique used by iGEMers and biologists world-wide. 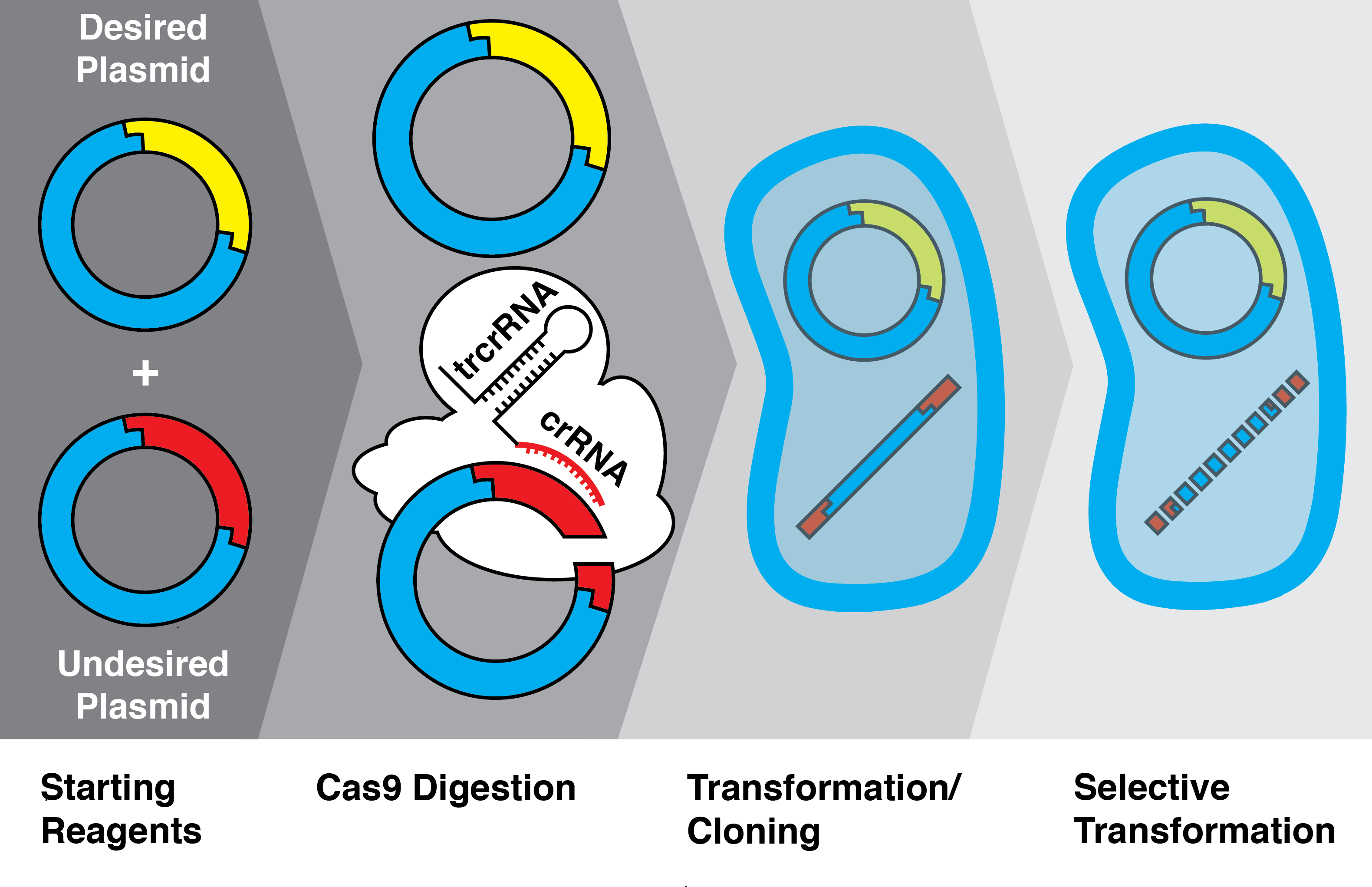