"I not only think that we will tamper with Mother Nature, I think Mother wants us to." - Willard Gaylin

The field of synthetic biology is expanding, and speculating about future technology has become easier as new applications are discovered and directions are pursued. Perhaps biological engineering will provide nutritious, pest-resistant crops that feed the world. Or animals that constantly produce medications, bacteria that power cities with biofuels. A cure to HIV that cuts its DNA straight from out of the genome. With an easily usable CRISPR/Cas9 system, these innovations may all become possible to the global community.

Clustered Regularly Interspaced Short Palindromic Repeats (or CRISPRs) are naturally-occurring portions of the genetic code found in many bacteria, comprising the smallest known adaptive immune system (1). The DNA itself codes for guide RNAs (gRNA), and there are a set of Cas genes or CRISPR Associated genes, that code for proteins involved in the creation, maintenance, and use of the CRISPR (2). Within the CRISPR, repeats are spaced by a short sequence of about twenty base pairs in length, which targets a specific sequence of invasive DNA, such as a viral genome. When transcribed, self-annealed, and spliced correctly, these sequences give rise to the guide RNAs, capable of directing Cas9. Cas9 in conjunction with the proper gRNA will cut the specified viral DNA with site-specific double-stranded breaks (3). 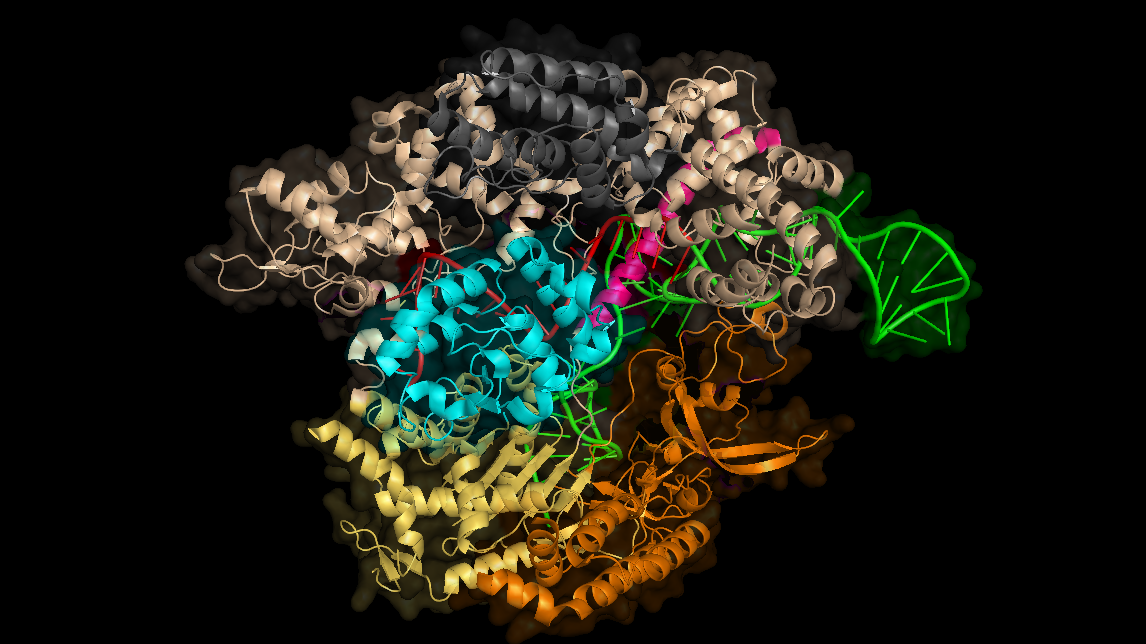 The unique efficacy of the CRISPR/Cas9 system lies in the presence of this gRNA. By simply knowing a suitable target sequence, the gRNA can be synthesized with a 5’ region that is complementary to a specific gene, allowing the Cas9/gRNA complex to bind to the target sequence. Compared to other customizable genome-targeting tools, such as zinc-finger nucleases, CRISPR/Cas9’s gRNA is far easier to synthesize and more likely to bind to the correct target. With the addition of a donor DNA construct, it is even possible to incorporate new DNA into the genome where the double-stranded breaks were present by homologous recombination. Even in the present moment, the CRISPR/Cas9 system provides us with the tools needed for programmable, precise, and nearly limitless engineering of the genome (4).

Although off-target cutting poses significant risks, therapeutic usage CRISPR/Cas9 will not be possible until more effective delivery strategies are developed. Efficient delivery of Cas9 and potential DNA donor sequences has not been achieved with techniques suitable for therapeutic purposes. As operating the CRISPR/Cas9 system directly on an organism requires that the system successfully enter and operate on somatic cells, this is a difficult obstacle to any in vivo applications (5). An effective delivery platform is needed, and this project aims to leverage the Clostridium difficile toxin B’s (tcdB) cellular penetration capability.

C. diff toxin B (tcdB) is a marvelously evolved protein, dedicated to crossing cell membranes. Though massive in size, it binds to carbohydrate receptors on the cell membrane and forces it to undergo endocytosis, enclosing the toxin inside a vesicle. Typically such endosomes have lowered pH to degrade their contents, tcdB however undergoes a conformational change at low pH. The toxin forms a pore in the membrane of the endosome, then releases its payload into the cytosol. In nature, this consists of a lethal glucosyltransferase domain (6). By rendering this region atoxic by mutating catalytic residues, tcdB is rendered nontoxic and becomes a potential vehicle for crossing the cell membrane. Atoxic C. diff toxin B (atcdB) has demonstrated the ability to transport a small alkyltransferase protein across the cell membrane, which was connected to the former position of the glucosyltransferase domain with a glycine-serine linker and successfully released into the cell (7). 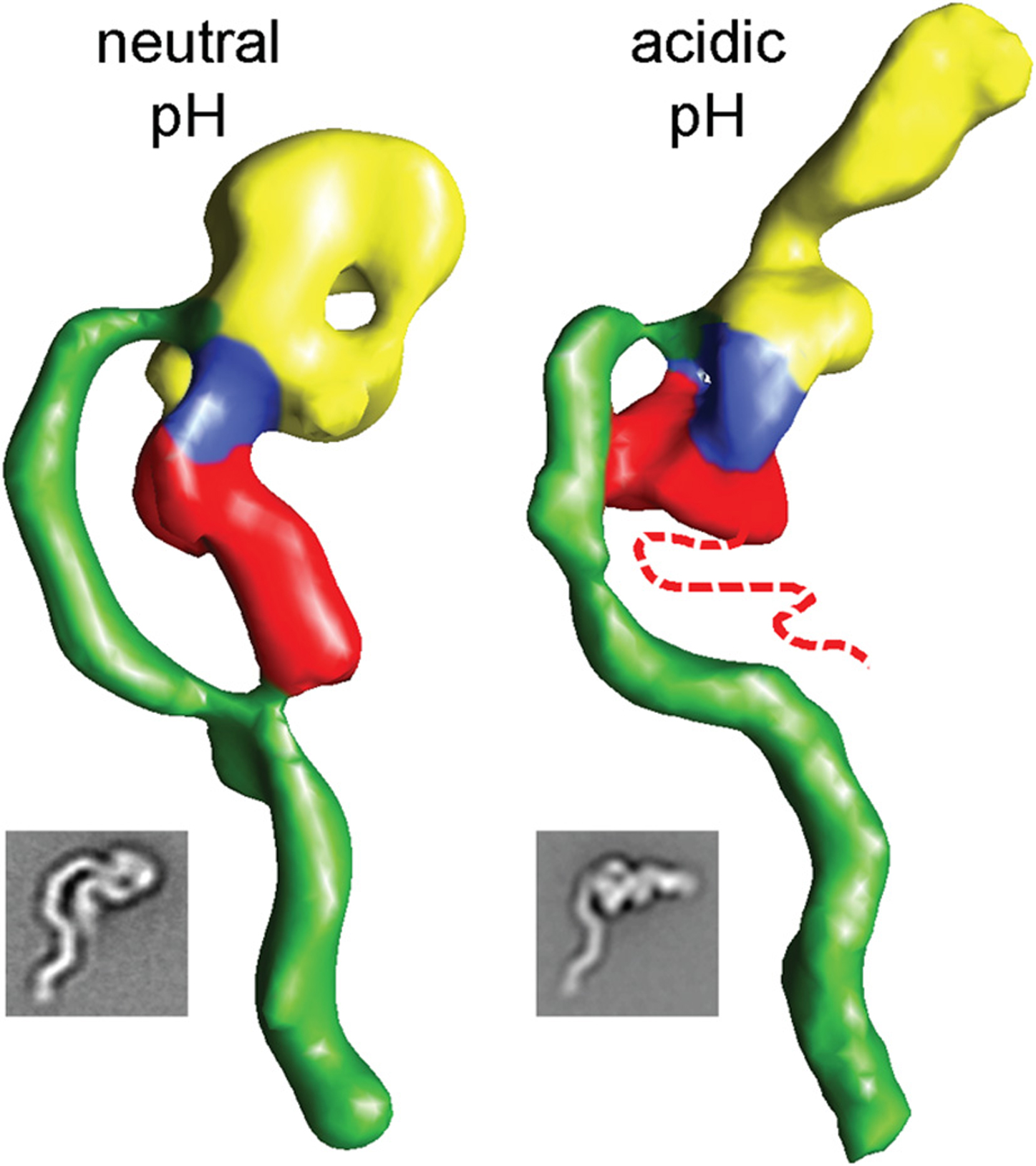 Our project’s aim is to test the efficacy of C. diff toxin B as a platform for transporting a functional Cas9-gRNA complex into a cell for genome editing. The same glycine-serine linker is used to connect the payload of Cas9, but it is much larger and potentially more challenging to deliver than the previously tested alkyltransferase. Furthermore, the protein must be expressed in Bacillus megaterium cells, as the extreme size and complexity of Cas9-aTcdB cannot easily be folded in E. coli, and the purified protein must be incubated with the gRNA prior to treatment of cells.

The complete atcdB-Cas9 protein will be tested on HeLa cells. The gRNA to be used in this test targets the Tet Repressor Protein (TetR) gene, which in turn prevents the expression of GFP. Cas9 delivered inside the cell membrane should remove the TetR gene, and once the existing TetR degrades, GFP should become expressed at easily measurable levels. If there is a significant increase in fluorescence following exposure of the cell culture to the Cas9-aTcdB construct, then the function of our fusion protein will be verified. Then we shall turn our efforts to cutting HIV provirus out of the genome, disrupting deleterious genes in patients with genetic disorders, and perhaps creating nuanced gene therapies to treat cancer.