Lab on a Strip: Developing a Novel Platform for Yeast Biosensors

The Pacific Ocean is home to a wide range of marine life, including the food source of many filter-feeders, toxin-producing algae. When algal blooms are ingested by shellfish, the toxins produced by the algae are caught within shellfish tissue. Although these toxins are harmful to us, they aren’t to the shellfish, giving collectors no immediate sign of danger. Biotoxins are also just generally difficult to detect; contrary to popular belief, algal blooms are not always the striking crimson of “red tides.” Thus, blooms may not be discovered until after a poisoned shellfish is found. The Washington State Department of Health and commercial shellfish farmers conduct periodic surveys of local beaches to catch contaminations early, but these methods are costly, time-consuming, and not always effective. This can especially pose a dilemma for individual shellfish hunters, who do not have the resources to screen their shellfish for toxins. With current detection methods, the crowds swarming to Seattle’s famous Pike Place Market and popular raw oyster bars are constantly at risk. 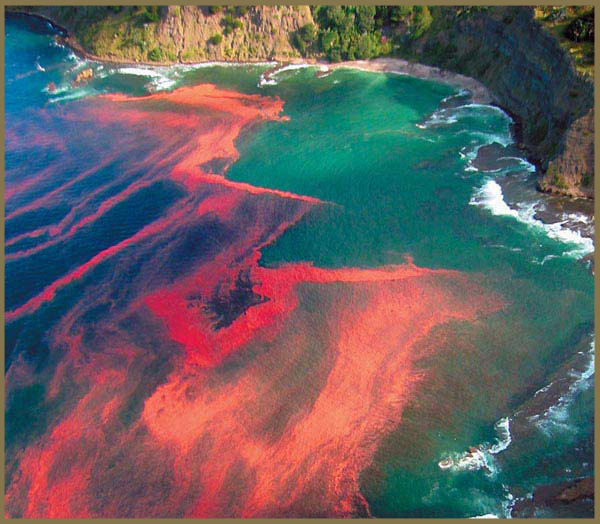 We have developed a much cheaper diagnostic tool in which genetically-modified baker’s yeast is grown on a paper device and is able to produce an easy-to-read color output in the presence of a target molecule. Imagine if you could simply dip a sheet of paper into your bucket of shellfish, wait only (insert amount of time) and tell if your products are safe to consume. The proof-of-concept systems we’ve engineered detect the plant hormone auxin and the molecule theophylline. However, we’ve implemented a number of techniques to ensure the versatility of our systems thus, they can be easily modified and further developed to test for a wide variety of other molecules.

In the Auxin detection pathway, a DNA binding domain, a degron domain and a repressor domain are fused to suppress the expression of a reporter gene, LacZ. In the presence of Auxin, a plant hormone, along with a corresponding F-Box protein will lead to the fusion protein suppressing the reporter will be ubiquitinated allowing the reporter to be expressed.
In this design RNA aptamers are used to sense our target molecule, theophylline. Aptamers, unlike antibodies, can actually bind to virtually any molecule, allowing for a more versatile system. We’ve implemented a ribozyme switch which, when active, cleaves the mRNA code of our target sequence, hindering the production of GFP by default. However, in the presence of theophylline our switch becomes inactive, allowing for the expression of our target gene. This system is useful because it is faster-acting than more traditional expression pathways, and can be generalized to many other small molecules by changing the aptamer sequence.