State of the Art in Consolidated Bioprocessing
Economics
Reaching Out to Experts
State of the Art in Consolidated Bioprocessing
Introduction to Microbial Consortia Engineering for Consolidated Bioprocessing
Microbial consortia engineering has the potential to more effectively generate useful products, ranging from biofuels to specialty chemicals, than current technology based on mono-cultures of bacteria (Shong 2012). Communities of microbes can better handle the complex process of the conversion of substrates to products by dividing the metabolic load among multiple species. In addition, communities of microbes exhibit increased production rates, metabolic efficiency, and robustness to changes in environmental conditions relative to mono-cultures due to synergistic interactions between species. Currently, there are many challenges in creating synthetic microbial consortia. For instance, natural microbial communities have evolved to be capable of maintaining homeostasis, but synthetic communities are not. When creating synthetic microbial consortia, one must ensure that the members do not out-compete each other, do not exhaust the resources in their environments, and do not have unstable genetic compositions. Thus, engineering microbial consortia requires the establishment of population control systems. The use of synthetic microbial consortia for consolidated bio-processing also faces the same challenges as the use of mono-cultures, including economic feasibility relative to current methods of production.
Our Approach - Designing a Co-Culture for Conversion of Cellulosic Waste to Biodiesel
We aim to create a stable and robust synthetic microbial consortia that converts agricultural waste, lignocellulose, into a useful product, biodiesel. Our system consists of a co-culture of Cytophaga hutchinsonii, an aerobic bacteria that rapidly digests crystalline cellulose, and Escherichia coli, which can grow on the sugars produced from cellulose degradation and is genetically modified to produce the fatty acid esters that comprise biodiesel. In addition to this existing metabolic link, we introduce a synthetic communication pathway to ensure a synergistic relationship between them. Our main focus is thus to ensure stable and efficient ratios of the populations of the bacteria through synthetic biology. In order to predict the interactions between the bacteria and design the communication network, we model the dynamics of our co-culture using whole-genome scale metabolic models with an approach called dynamic flux balance analysis. Our co-culture has many characteristics that make it better than current methods of generation of biodiesel and other products. It is a stable co-culture as opposed to a mono-culture, so it is capable of performing the complex task of conversion of the cellulosic waste into high-value products in one reactor. It does not require additional pre-processing steps of cellulosic substrate, reducing production costs. The ability of our co-culture to use cellulosic waste to produce biodiesel also makes it environmentally friendly, compared to other methods of fuel production. Also, our culture is resilient to environmental changes, which reduces operating costs because optimal operating conditions do not have to be maintained. In addition, our co-culture can be grown aerobically at room temperature, which also cuts down on operating costs.
General Applicability of Our Approach
Here, we demonstrate a robust, environmentally friendly, and economically effective system for production of biodiesel, but our system can be applied to the production of many different products. One could replace the biodiesel genes we have chosen for E. coli with genes of their choice to generate a desired product. In addition, our method of creating synthetic communication pathways to stabilize our synthetic microbial consortia is an extremely important contribution to the field of synthetic biology. One could use this approach to stabilize different co-cultures with bacteria of varying phenotypes and metabolisms, or be utilized modularly so that population ratio can be modified via inducible signal.
Biological Production of Fuels and Other Chemicals

Current production of fuels and other chemicals relies on fossil fuels, which are unsustainable due to finite reserves and the effects of pollutants such as greenhouse gases on the environment (Steen 2010). The biological production of fuels and chemicals is a sustainable alternative because waste products such as lignocellulose can be used as substrates. Lignocellulosic biomass is readily available, cheap, and environmentally-friendly. For instance, many processes based on conversion of cellulosic biomass to energy have near-zero greenhouse gas emissions (Lee 2005). While burning corn ethanol cuts greenhouse-gas emissions by 18 to 28 percent in comparison to gasoline, burning cellulosic biofuels have the potential to cut emissions by a whopping 87 percent. Also, cellulosic biofuels are appealing because they don't compete with existing food sources, as opposed to corn ethanol. Some argue that since food crops will be diverted toward biofuel production, farmers will resort to converting more untouched land to cropland, and that this change in the use of the land will increase greenhouse gas emissions (Searchinger 2008). However, since there is always cellulosic waste, even from food crops, this concern becomes irrelevant.
Cellulosic biofuel production has become the focus of landmark conservation measures by the US government, resulting in huge investments from chemical companies. The Energy Independence and Security Act currently calls for 1.75 billion gallons of cellulosic biofuel to be in production by 2022, but the production level was at 19 million by the end of 2014, meeting less than 1% of the final goal. Companies like POET and DuPont have taken note of the potential in cellulosic biofuels, respectively investing 200 million and 275 million dollars in the creation of cellulosic biofuel refineries in Iowa.
Unlike the biological production of high-value products such as pharmaceuticals, the biological production of lower-value products such as fuels is not currently economically feasible (Steen 2010). The high costs associated with breaking down lignocellulose are the main obstacles to lignocellulosic biofuel production. The recalcitrance of lignocellulose results in low yields and the need for complex reactor configurations or processes, which all increase production costs (Lee 2005)
Consortia-Mediated Consolidated Bioprocessing for Biofuel Production

The use of microbial consortia for consolidated bioprocessing has the potential to overcome these challenges associated with lignocellulosic biofuel production. Consolidated bioprocessing (CBP) is the direct conversion of substrate (lignocellulose) to product (biofuel) in a single processing step. When applied to lignocellulosic biofuel production, CBP involves combining the following 4 steps: production of saccharolytic enzymes, hydrolysis of the polysaccharides present in pretreated biomass, use of hexose sugars, and use of pentose sugars. By combining these steps, CBP greatly reduces costs (W.H. van Zyl et al 2007) because it eliminates exogenous enzyme supplementation and reduces unit operations (Steen 2010; Hanly 2013; Yee et al. 2014; Du et al. 2015).
Traditionally, bioprocesses use pure cultures of engineered single strains. However, these mono-cultures have demonstrated many limitations. For instance, no single organism has been isolated or genetically engineered to reach high enough ethanol concentrations, yields, and productivities from lignocellulose (Zuroff et al. 2013). It seems that the conversion of biomass to fuel is too complex a process for one bacterium’s metabolism to handle (Shong 2012). CBP for biofuel production could thus be greatly improved by using a consortia of bacteria to divide the metabolic load among multiple species. This circumvents the limit to the number of exogenous elements that can be cloned and optimized in a single cell, reduces undesired cross-reactions and side products due to compartmentalization, and can take advantage of the catalytic specialties of different species. (Shong et al. 2012; Babson et al. 2014). In addition, experimental evidence shows that microbial consortia are more robust to fluctuations in environmental conditions than pure cultures, which is important for lignocellulose degradation since the composition of lignocellulosic feedstocks varies, introducing time-varying feed rates (Hanley 2013). The use of consortia for consolidated bioprocessing is inspired by natural bacterial consortia, which are innately capable of extensive conversion of lignocellulosic biomass, such as in the rumen or soil (Du et al. 2015). In fact, bacteria in nature rarely exist in isolation, and instead exist as complex and efficient consortia (Zuroff et al. 2013). However, it is generally accepted that natural microbial consortia are too complex to be used directly for biochemical production (Hanly 2013), so defined synthetic consortia are needed.
Despite the many potential advantages of using engineered consortia, pure cultures of engineered single strains continue to dominate industry due to inherent challenges in creating synthetic microbial consortia (Shong 2012). Unlike natural systems optimized by evolution, synthetic microbial communities may not be stable or productive. The members may out-compete each other, exhaust the resources in their environments, or have unstable genetic compositions. In order to successfully implement industrial consortia-mediated CBP of lignocellulosic materials for biofuel production, one must develop stable, controllable, and productive microbial consortia (Zuroff et al. 2013; Babson et al. 2014). To achieve this, the development of communication circuits between consortia members is “crucial” and “required” (Babson et al. 2014). These circuits can be constructed using tools from synthetic biology (Babson et al. 2014), and would serve to control growth of each consortium member in accordance to the requirements of the process (Shong et al. 2012; Babson et al. 2014). Our main focus is to develop a modular population control system to stabilize a co-culture of C. hutchinsonii and E. coli. This co-culture is able to produce biodiesel directly from lignocellulose because C. hutchinsonii degrades the lignocellulose to soluble sugars that the engineered E. coli can then use to produce fatty acid ethyl esters.
Biodiesel vs Other Biofuels

Biodiesel in particular requires fewer engine or fuel modifications and releases fewer greenhouse-gases compared to ethanol, other biofuels, and current petroleum diesel. “Diesel is globally in greatest demand, and has a growth rate three times that of the gasoline market. Biodiesel, the primary renewable alternative to diesel, is consumed at greater than 2 billion gallons per year, and is composed of fatty acid methyl and ethyl esters (FAMEs and FAEEs)” (Steen et al. 2010).
“The production of advanced fuels and chemicals such as FAEEs and fatty alcohols from sugar has a promising advantage over first generation products, such as corn ethanol and plant oil-derived biodiesel. However, a primary goal in renewable energy is the production of these compounds directly from cellulosic plant biomass. At present, biochemical processing of cellulosic biomass requires costly enzymes for sugar liberation. Consolidated bioprocessing, in which the biofuel producing organism also produces glycosyl hydrolases, eliminates the need to add these enzymes and can improve economics.” (Steen 2010) 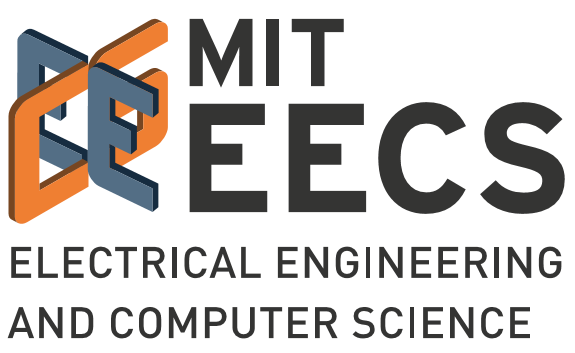 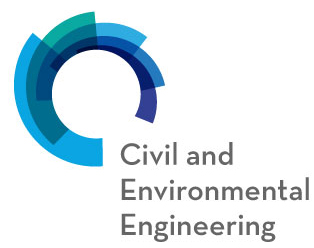