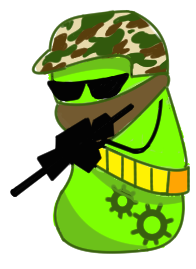 Antimicrobial-peptides (AMPs) have a wide range of toxicity against microbes. Compared with other antimicrobial materials like antibodies and antibiotics, they are so small, so the amount of materials produced in the same time is more than other materials. This means it is useful for mass-production. In addition, because AMPs affect to bacterial cell membrane, it is hard to get resistance to them. So in some points, we can say they are better antimicrobial material. However, even if we want E. coli to produce AMPs, it would be a challenging task for them to do so because AMPs are toxic to the host bacterial cells. Thanatin, which is one of the AMPs derived from a shield bug, is not an exception. It has a wide-range of antimicrobial activity against bacteria, archaea, fungi and viruses. It is a short polypeptide composed of 21 amino acid residues.

Mass-production of thanatin would be beneficial for human beings. Because it works towards cell membrane, it has less chance of getting resident bacteria, compared to antibiotics. Due to this, it is said that AMPs could take the place of antibiotics in the future. So, we HokkaidoU_Japan planned to produce thanatin using E. coli. 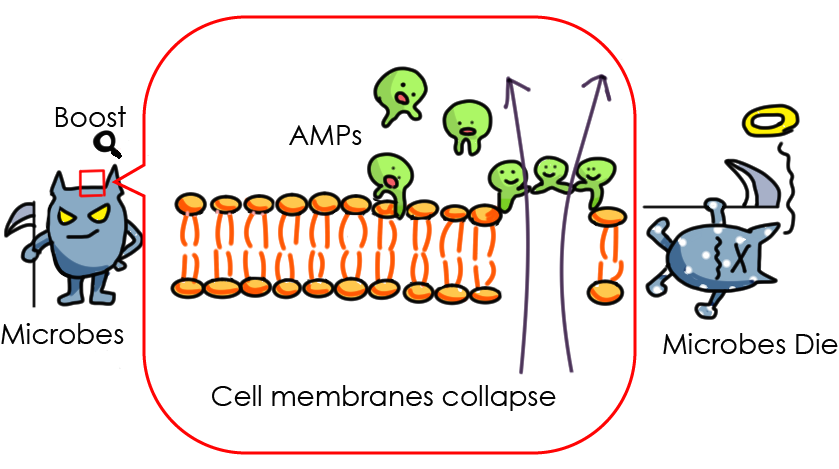 It is known that modification of thanatin’s C-terminal residues inactivates itself. So, we made thanatin tandem-multimer. In this thanatin-multimer, one thanatin covers C-terminus of neighboring thanatin and inactivates it. Using this method, we succeeded in reducing activity of thanatin without killing its host cells. This means that we made an epochal method to mass-produce host-toxic peptides.

Next, we needed to collect thanatin. In order to collect thanatin easily, we utilized Antigen43 (Ag43). Ag43 is a part of auto-transporter proteins. It has α-domain and β-domain. α-domain is called “a passenger”, which is translocated from periplasmic space to the surface of the cell through the β-domain. β-domain has a unique β-barrel structure. This β-barrel is a pathway for translocation of α-domain. So, we replaced the α-domain with thanatin-multimer. By doing this, we succeeded in secreting the thanatin. After that, monomerization of surface-displayed thanatin made thanatin's antimicrobial active.

This thanatin secretion system using thanatin-multimer and Ag43 β-domain could be a big advance towards mass-production of AMPs. Besides this system, we tried several other systems, which we found out it was not suppressive enough, and killed off the host cells. We also designed AMP production system using Lactobacillus casei.

Until now, more than a million species of insects have been found on Earth, and it is said that insects make up about 70% of animals living on Earth. Though they are most abundant animal on land, unlike vertebrates, they do not have acquired immunity using antibodies. Instead, insects have developed an innate immune system. After the long history since the first insect had appeared, it is said to have been very rare to have insects die out due to microbes becoming resistant of their immune system. Insects have been immune to disease thanks to antimicrobial-peptides, or AMPs.

Antimicrobial-peptides (AMPs) are, as its name says, peptides that attack pathogenic microbes. They are usually several tens of amino acid residues long, and are positively charged since they usually have basic amino acids. This positive charge enables the peptides to interact with cell membranes, and make a hole. Contents of the cell outflow from this hole and the cells die.

AMPs are found in a variety of spices, including humans. Many of these kills wide range of microbes, including fungi, gram-positive and negative bacteria.

Recently, multidrug-resistant microbes have been a big problem. From the fact that using AMPs, we could kill these bacteria, AMPs have been studied to try to yield new kinds of medicines.

Besides chemosynthesis, methods using genetic engineering have been a big topic for mass-producing AMPs. Problem here is that because AMPs kill bacteria, it is difficult to synthesize AMPs using bacteria, since it kills itself. Many studies have done to solve this problem, including co-expression with lactalbumin family and expression using inclusion body, both of which have showed a decrease in cell toxicity. (S. Tomisawa et al., 2013 [1]) There is also a study on α-defensin, which is kind of AMP expressed from Paneth cells of small intestine, which says that α-defensin have a selectivity to kill microbes that is not a resident flora. (K. Masuda et al., 2011 [2])

Given the above, we HokkaidoU_Japan decided to produce two kinds of AMPs, thanatin and α-defensin, using Escherichia coli and Lactobacillus casei. 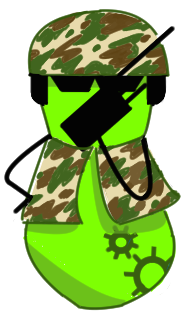 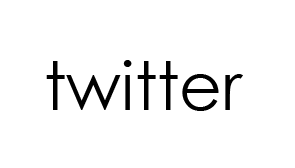