Fusarium head blight (FHB) is a fungal disease that decimates cereal crops by reducing seed quality and grain yields across the world. Fusarium graminearum is the leading agent of head blight in Canada, the United States, and Europe. During the 1990s, the United States alone estimated 3 billion USD in economic losses from an epidemic caused by FHB [1].

Fusarium infects grain crops during flowering and grain development [2]. The fungus produces airborne spores that land on spikelets of flowering crops such as wheat, infecting the xylem and pith tissues. These vascular bundles of the rachis allow the fungal hyphae to spread from spikelet to spikelet. Water soaking may occur at this stage, where the chlorenchyma becomes drenched and a bleached colour can be seen in the tissue, which is indicative of FHB [3]. After the initial infection trichothecene mycotoxins like deoxynivalenol (DON), a powerful inhibitor for protein synthesis, are produced [4]. Mycotoxins are difficult to destroy and exposure can inhibit processes including cell growth, nucleic acid synthesis, and cell division. If ingested, gastrointestinal problems and feed refusal in livestock will occur [5].

Fusarium are ascomycetes, producing ascopores during the process of meiosis. They are contained in tubular sacs called asci within dark flask-shaped perithecium. When the ascospores are released from a perithecia, the airborne spores become the main inoculum of FHB. Fusarium also produce asexual crescent-shaped macroconidia spores on surfaces of damp crop residue. Unlike ascospores however, macroconidia can only be dispersed to short distances [3]. 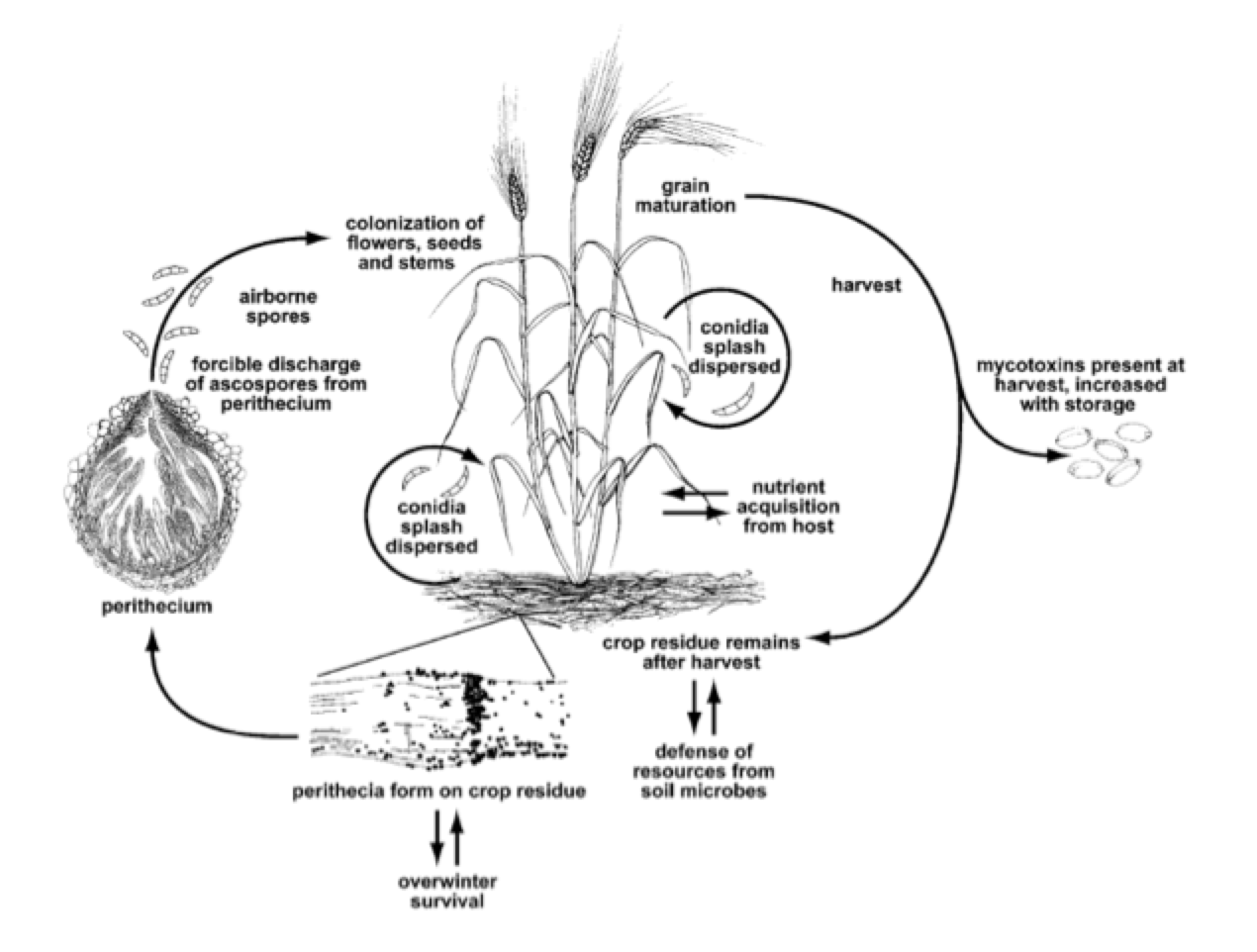 RNA interference is a gene regulatory phenomenon employed by eukaryotic organisms in which double stranded RNA (dsRNA) is employed to down-regulate expression of a given gene. In this process, a cellular enzyme called Dicer cleaves double stranded RNA to generate small interfering RNA (siRNA). Once cleaved, one strand of this siRNA is incorporated into the RNA Induced Silencing Complex (RISC).

This strand of RNA is then able to base-pair to a complementary region of cellular mRNA, and the argonaute activity of RISC cleaves the mRNA. This targets the mRNA for further nuclease breakdown within the cellular environment, ensuring it will not be used as a translation template. 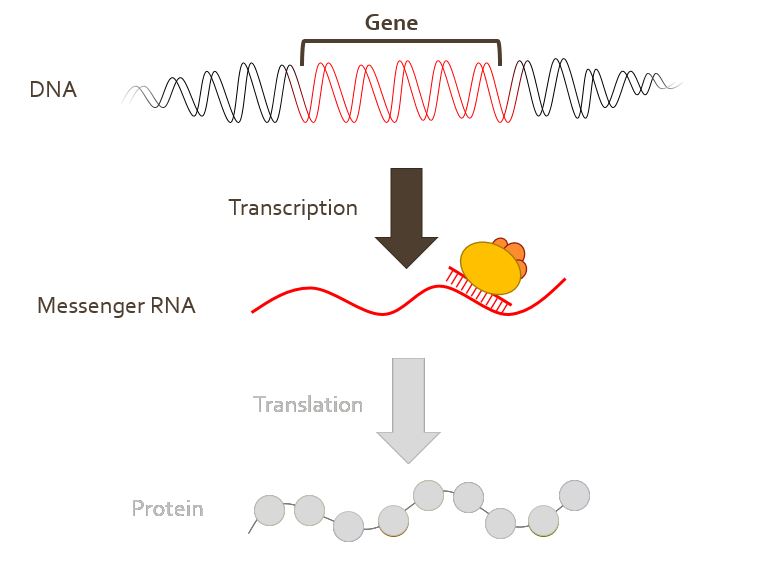 Dicer cuts essentially randomly within a long double stranded RNA, resulting in a wide variety of siRNA species generated. For specific silencing of a given mRNA, this situation is not ideal. We chose to circumvent this issue by generating highly specific siRNAs capable of silencing only one mRNA within the cell.

We chose to target a methylenetetrahydrofolate reductase (MTHFR) gene in Fusarium graminearum as it plays a key role in methionine biosythesis. A study by Frandsen et al. showed that knockout mutants of the MTHFR genes in Fusarium graminearum generate an auxotrophic mutant that results in a phenotypic variant when grown in media supplemented with methionine. In wild type Fusarium graminearum you see a red pigment (aurofusarin) produced, and in MTHFR knockout mutants you see a loss of this red pigment (accumulation of nor-rubrofusarin and rubrofusarin). We expect to see a similiar result in the Fusarium graminearum that we treat with our dsRNA targets for the MET1 gene. Five dsRNA targets were picked in order to knock down MET1. One down stream of the start codon (Target Sequence (TS) 1), two upstream of the stop codon (TS 2 and 3) and two in the 5' untranslated region (TS 4 and 5). 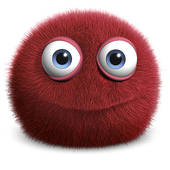 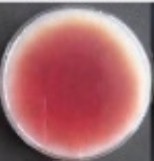 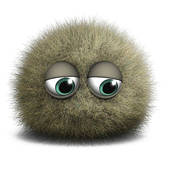 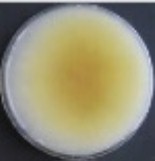 MTHFR Knockout mutants indicated by a loss in red pigment

We utilized IDTs Custom RNAi Design Tool in order to generate 100+ potential RNAi target. We used the following design features in order to pick 5 of the of the potential 100+ targets:

Ranging from 36% to 50% among the 5 sequences. The core GC content variation can affect how difficult it is for the RNA induced Silencing Complex (RISC) to dissociate the two RNA strands. 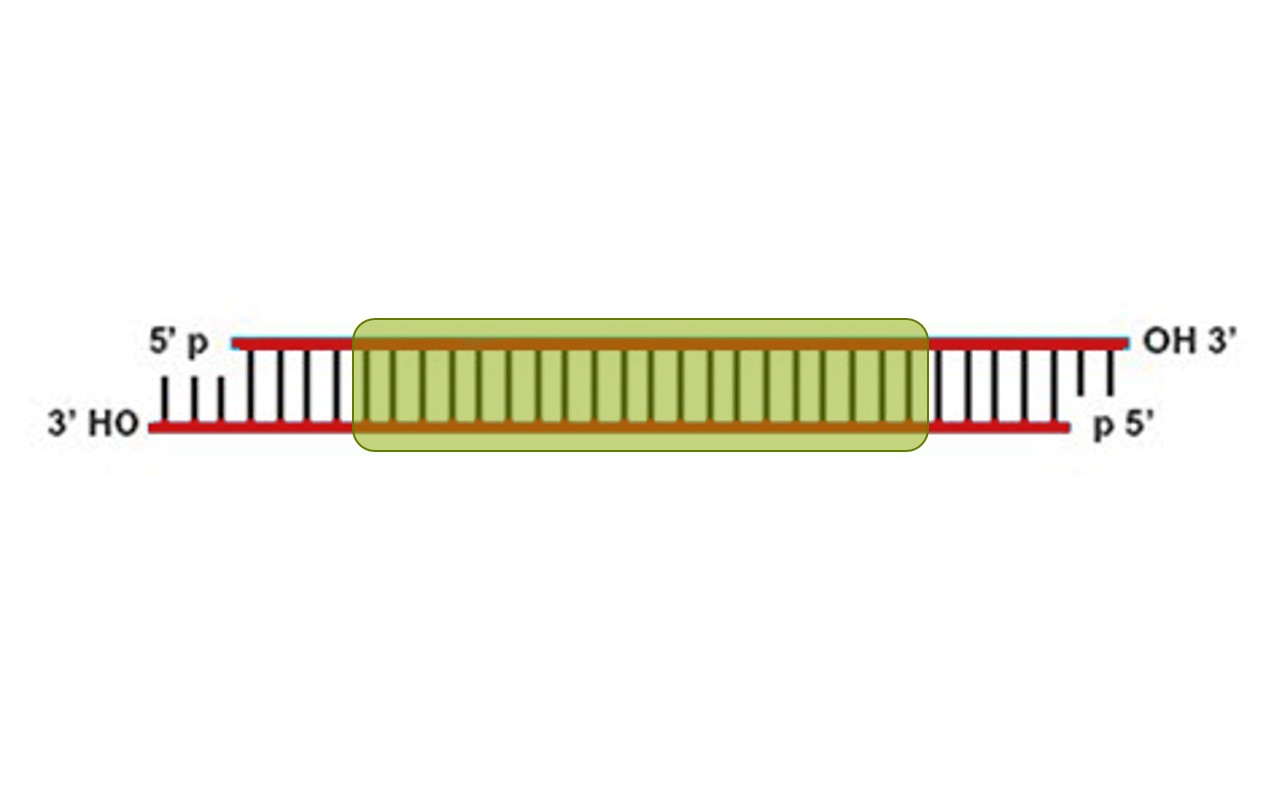 Ranging from 3.48 to -2.29, this value represents GC content differences in the two ends of the dsRNA. We selected two RNA targets with a postive value (TS 5 and 2), two RNA targets with a negative value (TS 3 and 1) and one with a value close to 0 (TS 4). We varied the asymmetrical end stability differences as it is currently unclear in the literature as to how this value will affect the selection of the guide RNA strand.

We selected targets between 26 to 29 base pairs, however the majority of the targets were kept at 27 base pairs in length. As this closely mimics a Dicer by-product and therefore should not be cleaved further by Dicer within the cell. Our final design consideration was to analyze our selected sequences in order to predict potential off target effects. If you would like to learn more about this analysis, please visit the Policy and Practices portion of our wiki.