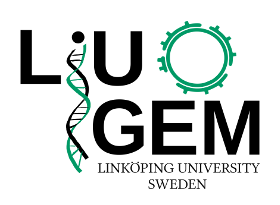 Food allergies are an increasing health issue in several countries and the number of children affected has been doubled between the years of 1997 and 2011. It has been calculated that 4 % of the world population have some kind of food allergy. The most common food allergies are caused by proteins, so called allergens, from tree nuts, peanuts, milk, eggs, fish, shellfish, wheat and soy. Peanut allergy is not the most common of these food allergies, but it is the food allergy that causes the largest number of deaths due to anaphylaxis, where blood pressure drops abruptly and severe breathing difficulties occur. Peanut allergy is a chronic condition in the majority of cases, less than 20% outgrow their allergy. Today there is no cure for food allergies; avoidance of food allergens is therefore the main solution available for those living with food allergies to prevent serious health consequences, which is not an easy task.

The aim of LiU iGEM:s project 2015 is to create a portable and for the consumer easy to use allergen detector, specific for the most prevalent peanut allergen, Ara h 1. The detection system can be described as consisting of two parts, one biological and one electrical. The biological part is an epitope-antibody complex, designed by LiU iGEM team. The epitope-antibody complex consists of two parts, the first part is Ara h 1 specific antibodies linked to the fluorescent protein Fluorescein isothiocyanate (FITC). The second part is made up by red fluorescent protein (RFP) linked to our constructed epitope.