Early diagnosis is important for patient prognosis. As a rule of thumb, the earlier a disease is diagnosed, the better the odds for recovery. Studies show that treatment for many different diseases (e.g. cancer) is more efficient when therapy is started at an early stage. Yet, reliable, sensitive and easily applicable diagnostic tools are still lacking.

iGEM Stockholm 2015, consisting of students from Karolinska Institutet and the Royal Institute of Technology, KTH, is developing a novel technique to measure even small amounts of disease biomarker in body fluids. It's an "Affibody-Based Bacterial Biomarker Assay", and we call it ABBBA.

As proof-of-principle, we wanted to sensitize E. coli against the cancer biomarker human epidermal growth factor receptor-2 (HER-2) by creating a chimeric receptor. We used the Affibody molecule – a strong molecular binder – and the osmoregulator EnvZ originating from E. coli. Exploiting the EnvZ-OmpR signaling cascade, we wanted to transduce a signal from binding into the cell. In our circuit, this event regulates a differential expression of two quorum sensing molecules depending on the presence of the biomarker. A co-cultured strain will then detect these quorum sensing molecules and express fluorescence. 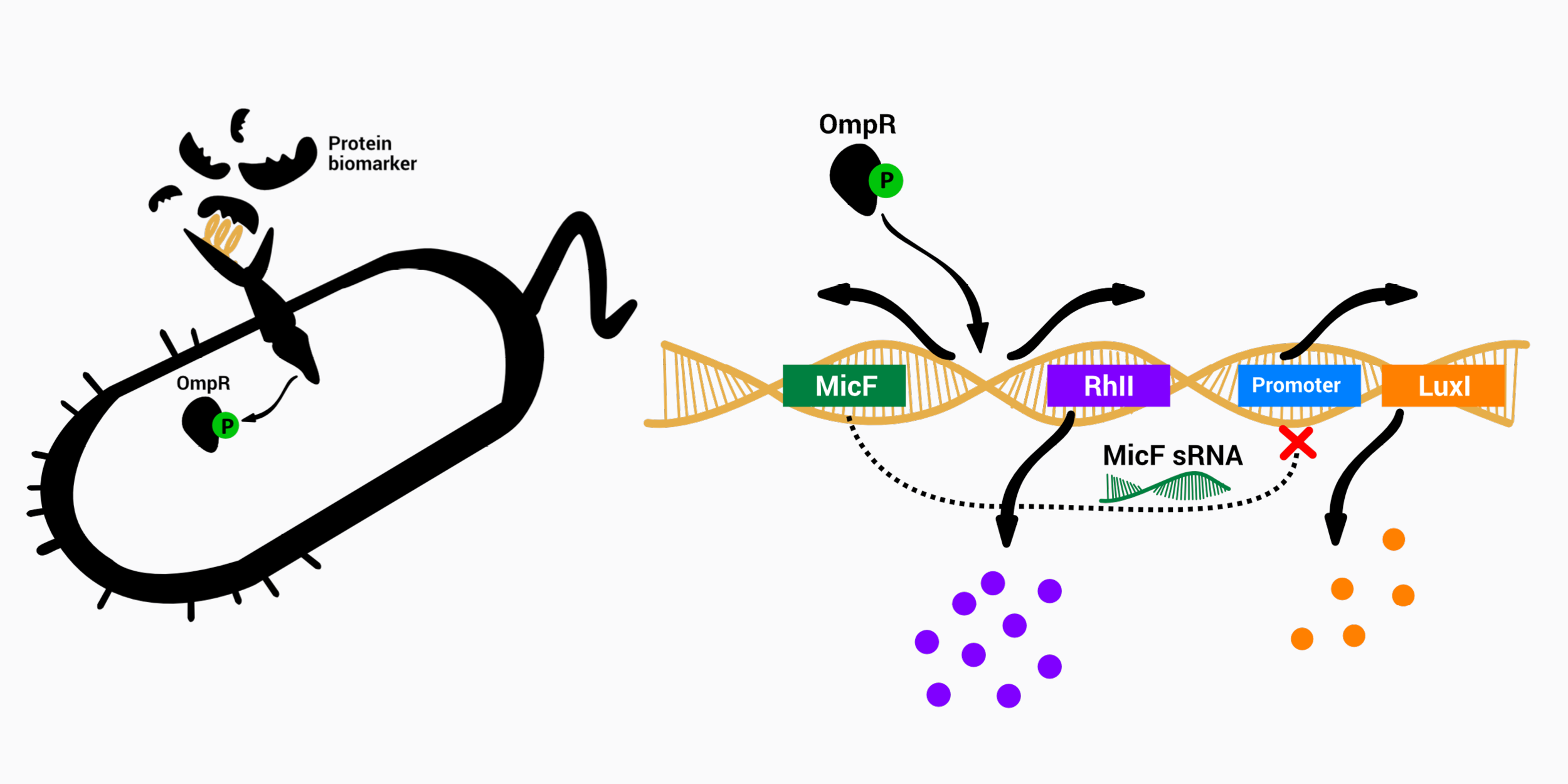 In the time frame of the project, we synthesized three biobricks of a chimeric bacterial antigen receptor. We have shown the expression of all the receptors in E. coli. The biomarker HER-2 interacts with at least one of these receptors. We also characterized an OmpR dependent biobrick expressing RFP, which we later exchanged with a quorum synthase. Furthermore, we partially characterized a read-out strain which expresses RFP in response to quorum sensing.

We have also cooperated on science and social issues with teams from Sweden, Switzerland, Israel, Germany, France, Finland and Taiwan.