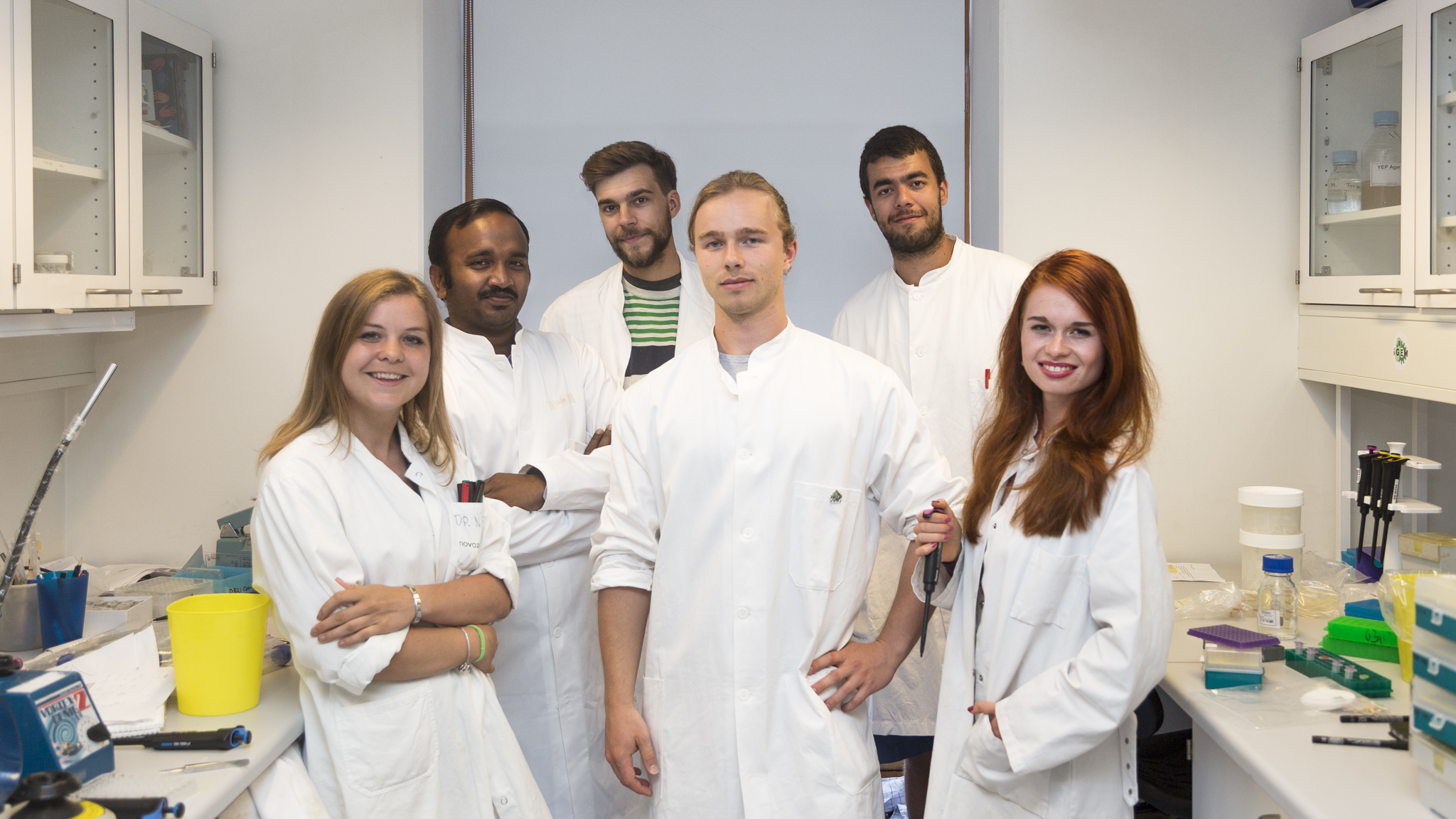 
What is Green Lab About?

Simply put, the aim of Green Lab is to create transgenic moss. Or to be specific, we want to transform the bryophyte species, Physcomitrella patens. But why would you want to use moss for laboratory experiments instead of the usual chassis organism, like bacteria or yeast? The short answer is: Moss can do awesome things. The longer answer is the following: Moss is a photosynthetic organism and thus produce oxygen, where yeast and (most) bacteria are heterotrophic organism that cannot produce oxygen. Being able to do photosynthesis and produce oxygen, could be very useful on a space mission.

Moss is called "the yeast of plant biology" since it - like yeast - is able to do homologous recombination [1]⁠. Moss has already been used extensively as a model organism in plant biology and has been used as a bioreactor for many different compounds [2]⁠. Also, moss is a hardy plant. Moss can grow under many conditions, such as in the shade, and high light on the surface of rocks. And for the reasons discussed below, we do need a tough organism for our plans to succeed. 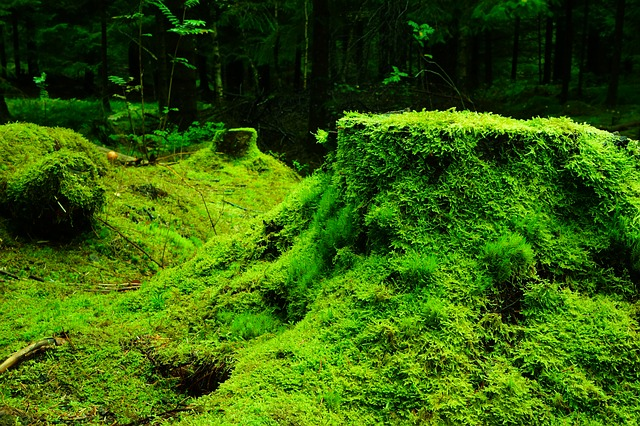 How Mars should look


We envision that the astronauts eventually will be able to plant the moss directly on the surface of Mars. If we could make moss survive on Mars, we would in a sense create a useful "harddrive" on which the "software" can be installed. This "software" could be different biopharmaceutical ingredient productions. Thus, we wanted to make P. patens more adapted to the martian environment. There are many factors on Mars that are lethal to living organisms, but as a start we would focus on the temperatures on Mars. The temperatures on Mars can drop well below zero at night and therefore we found a novel antifreeze protein for expression in the moss. This could be an important first step in designing organisms suited for the martian environment, which can help create a sustainable settlement on Mars.

In principle, the Mars adapted moss could be transformed to produce many of the biopharmaceutical ingredients that astronauts may need on a space mission. As a proof of this concept we wanted our moss to produce Resveratrol. Resveratrol is a phenolic compound normally found in red wine and is believed to have positive health benefits in mammals [3],[4]. If this compound can be produced, it opens the door for a wide range of other applications, that is essential for space exploration. This would prove, that different kinds of "software" can be installed on the Mars adapted moss "hardware". 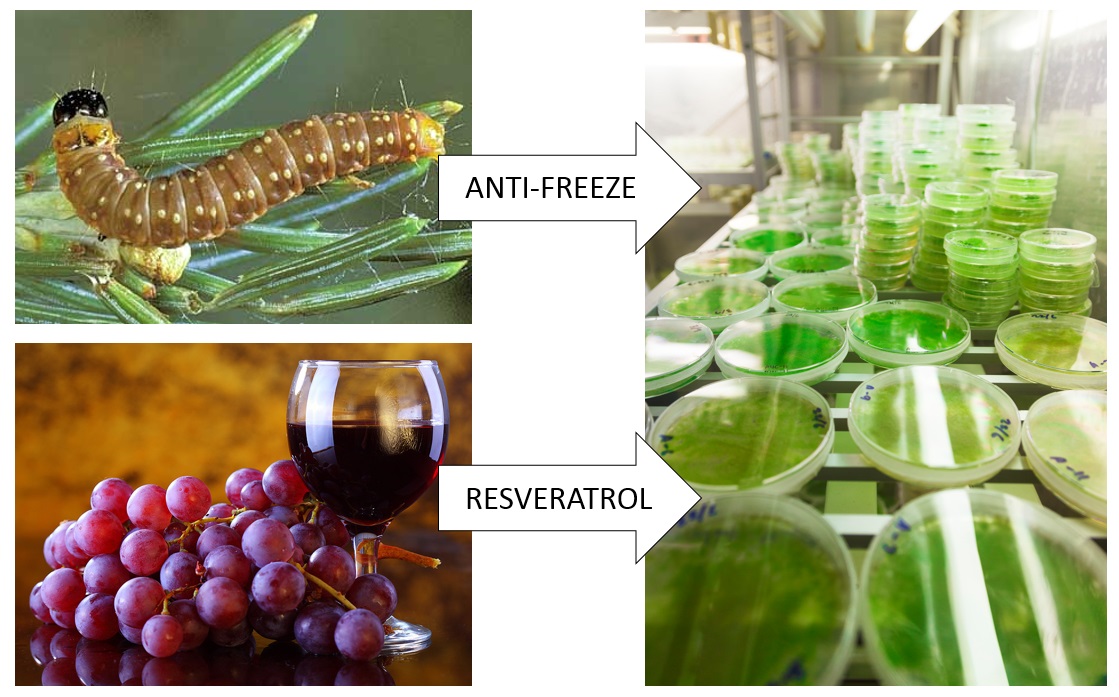 However, using moss for experiments comes at a price. If you ever find yourself divided between two choices: watching moss grow or watching paint dry, opt for the latter. Moss grows slower than bacteria and yeast, but faster than most higher plants. Moss is relatively simply to stably transform. After transformation of moss protoplasts, it takes about eight weeks for the moss to form small clumps when grown on a petri dish, thus experiments with moss need to be well planned. 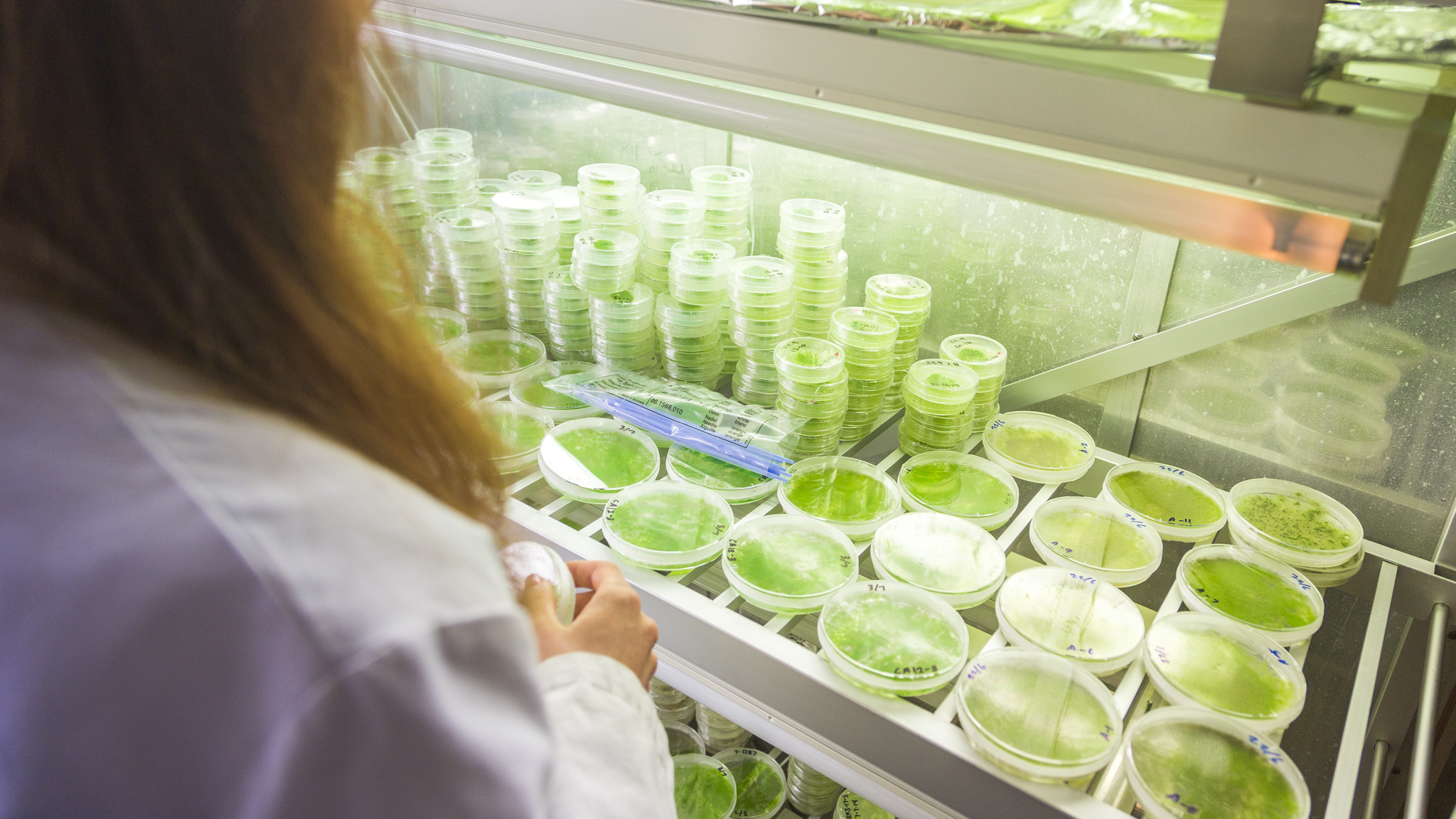 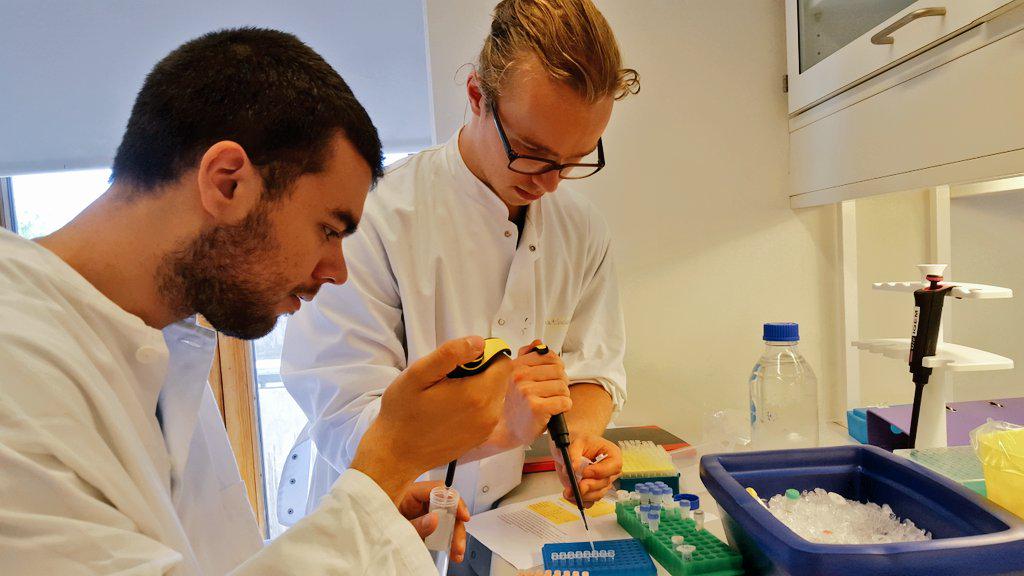 Jonathan and Adam working on PCR reactions at the lab