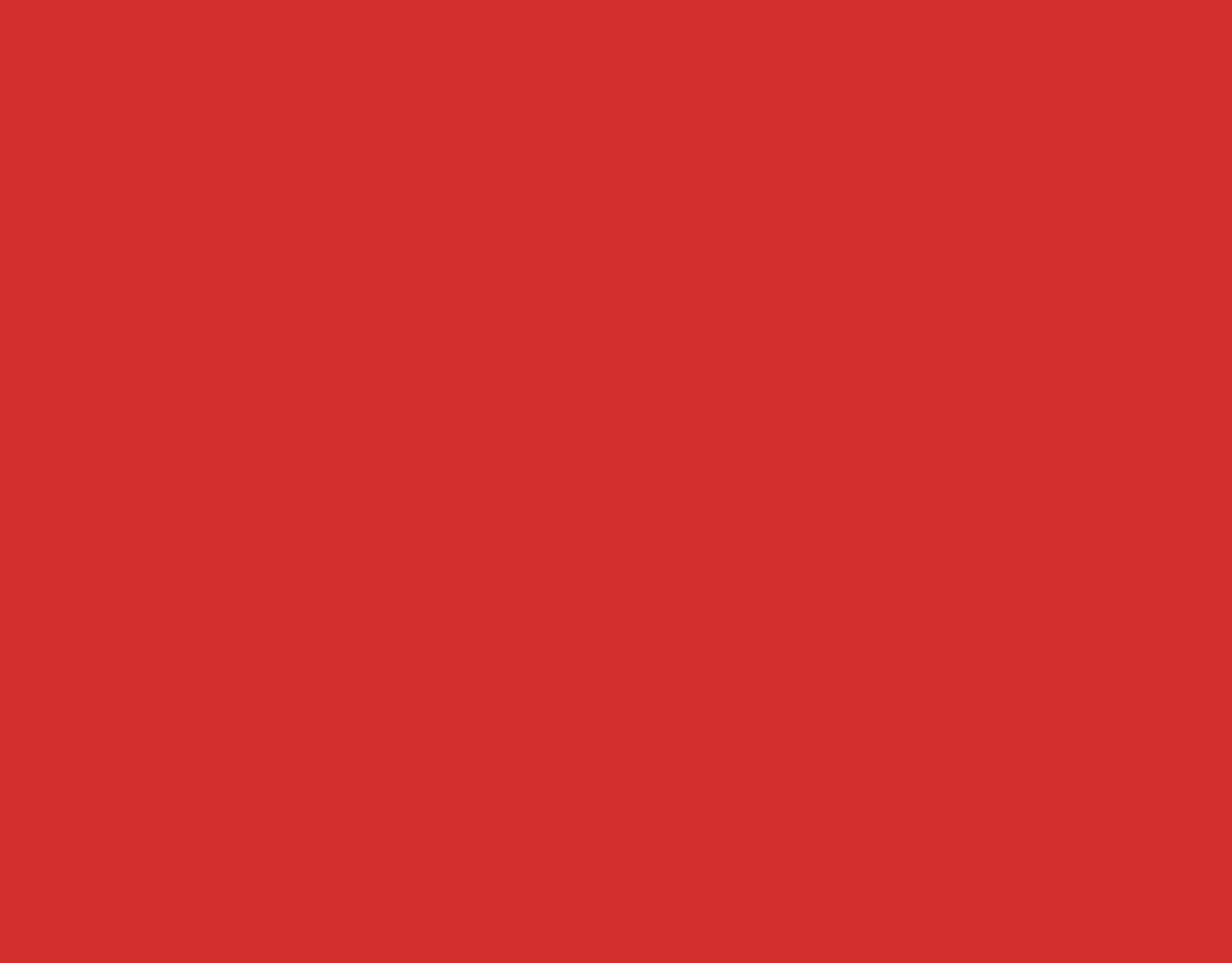 The Heimdall Monitoring System (named after the Norse god of surveillance) consists of a microcontroller multisensor system and a companion app. Ideally, this system would completely remove the need to manually monitor fish farm tank conditions, which is the current standard method. An Arduino is used to collect temperature and flow rate values within the fish tank in half hour intervals, and then to wirelessly transmit this data via bluetooth to the Heimdall mobile application. The system is run on easily replaceable AA batteries. Although the power source is not significant, its longevity is not an immediate concern, as the Bluetooth Low Energy module sends data packets in short, energy-efficient bursts with a peak current draw of only 20 mA [1,2]. The Heimdall hardware is housed in a container external to the tank, with all electronics a safe distance away from the water and the sensors extended away from the box.

The thermistor returns resistance data as a function of temperature in bit values between 0 and 1023. The analog data is first converted to a resistance value using known a thermistor resistance at room temperature.[3] The resistance is then converted to temperature via a log best-fit equation generated from a resistance-temperature lookup table provided by Adafruit [4]. The flow meter uses the Hall effect to quantify the volume per second of fluid passing through it. Passage of the fluid through the meter rotates a pinwheel with a magnet attached, and the number of spins in a set amount of time can be read by an adjacent magnetic sensor. The Hall effect pulse output is converted to liters per second via a provided known pulse to volume conversion value [5]. 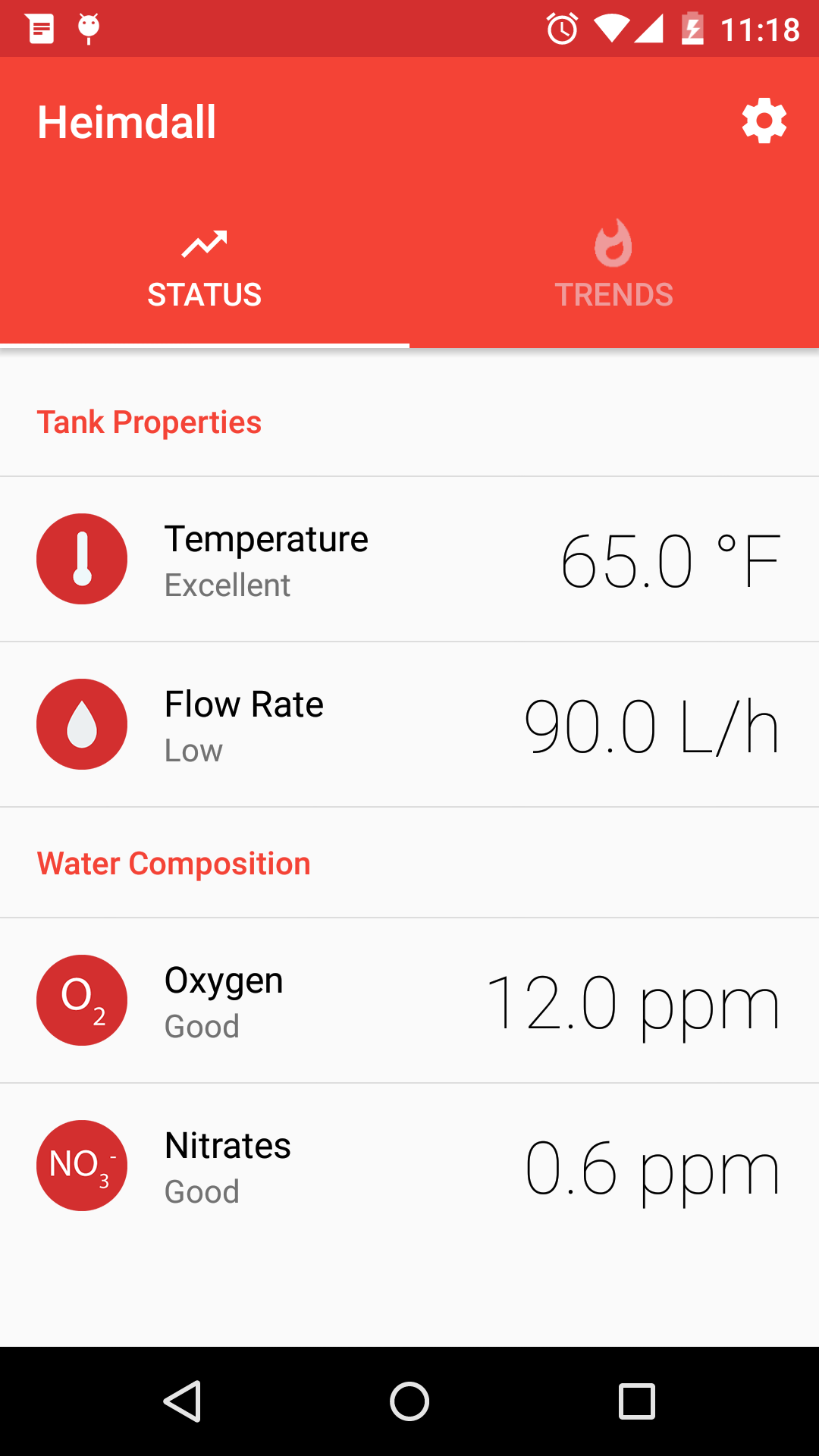 The Heimdall mobile application allows users to wirelessly monitor the data sent by the Heimdall hardware system, which will be located adjacent to the enclosure where fish are contained. This eliminates the need for aquaculturists to check water temperature and flow rate manually on an hourly basis. The main screen is the ‘status’ screen which shows current temperature and flow rate conditions, sampled every half-hour. There is also a manual refresh button that will allow users to see the most recent data sent to the application. The secondary screen is the ‘trends’ screen, where users will be able to see a graph over time of how water temperature and flow rate have changed over the course of a given time interval. The application communicates with the hardware using bluetooth low energy (BLE), which is the industry standard in wireless communication with mobile devices [2]. It is currently available for Android, and iOS development is underway for the future.

There are several improvements that can be made to the Heimdall Monitoring System.

Improved Data Communication Range A large problem impeding the usefulness of the project is the limited range of bluetooth communication; ideally, a server would be set up to send data from long distances to a large number of users.
Battery Longevity A longer battery life would also a large step in the direction of an independent system requiring minimal maintenance, but an appropriate ratio of power to weight and efficiency must be found.
Waterproofing Water damage is also a huge concern; a watertight box for the sensitive electronics would not only allow for more safety, but also for submersion.
Nitrate and Dissolved Oxygen Sensors Expanding on available sensors is a main goal for future development. Specifically, nitrate and dissolved oxygen sensors would be beneficial to the aquaculture industry because these values are already being heavily monitored in fish enclosures.
Phone Alert if Data is Outside User-Chosen Limits Users can minimum and maximum flow rate and temperature limits. If the hardware measures values not contained within these limits, it will send an alert to the phone so that the user can make any changes necessary to the enclosure where the fish are kept in order to maintain optimal conditions.
iOS An iOS version of the application is currently underway. It will have the same functionality as the Android version of the app, and the same additional features detailed above will be incorporated into it further in development.