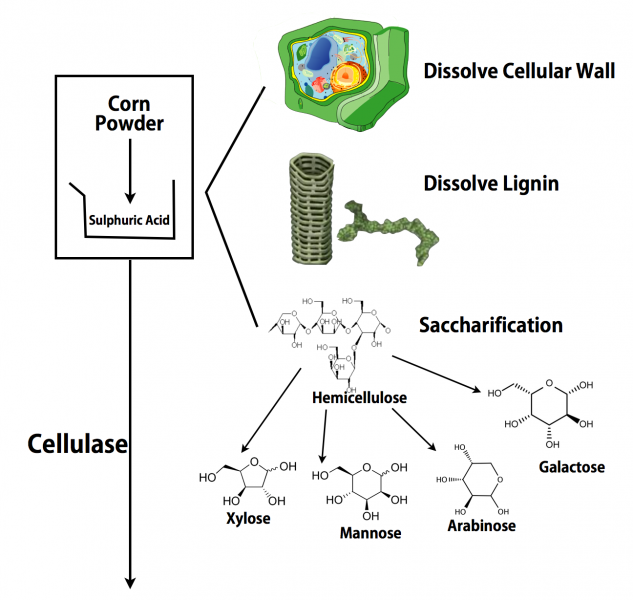 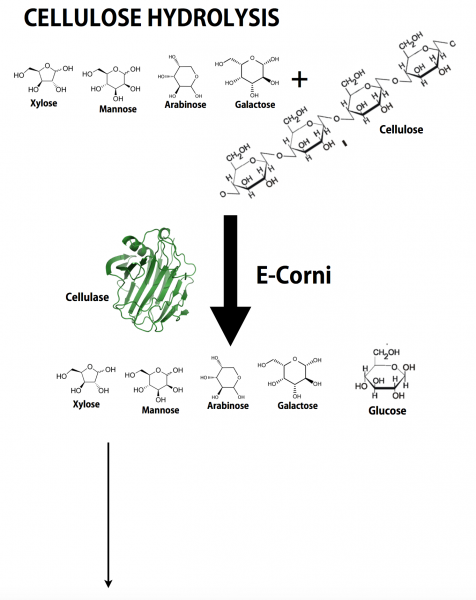 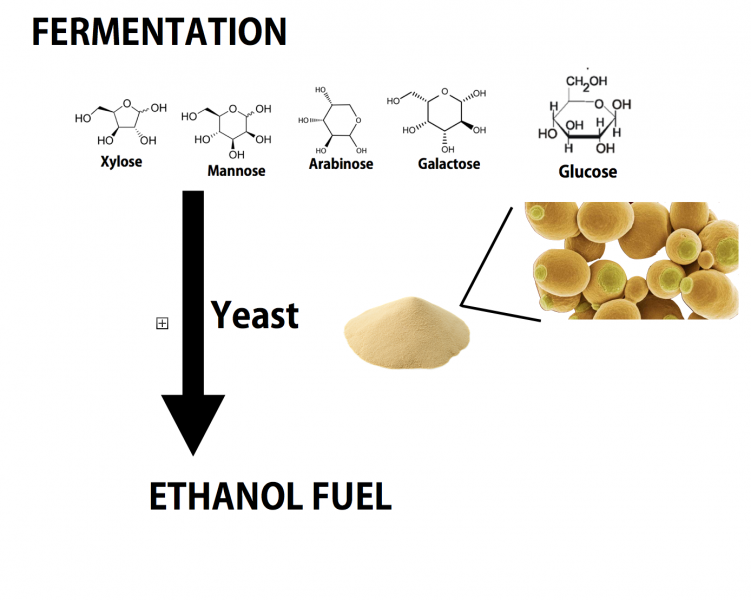 In this step, corn stover, or the leaf and stem part of the corn, is powdered into fine corn powder, which allows its chemical components to have greatest surface area interacting with enzymes and other chemical substances.

After that, the corn powder goes through a tank full of sulphuric acid. This step is for achieving three main goals: dissolving cellular wall, dissolving lignin (the component of corn that gives structural stability) , and saccharification. When lignin is dissolved, hemicellulose of corn is exposed to sulphuric acid, so that it can be broken down into four smaller sugars: xylose, mannose, arabinose, and galactose. This process is called saccharification. This entire process leaves us with juice of sugars and cellulose, that must be detoxified for the next step, cellulose hydrolysis and fermentation. Cellulose hydrolysis and fermentation

Cellulose hydrolysis is the breakdown of cellulose through the enzyme cellulase produced from E-Corni of our project. For this reaction to happen, sufficient amount of water has to be piped through the reactor. The process of cellulose hydrolysis breaks down cellulose into glucose, adding glucose to the 'sugar juice' that now contains four different kind of sugars: xylose, mannose, arabinose, galactose, and glucose. This juice then interacts with the yeast in the reactor to become ethanol. The extraction of the CO2 produced in the process, along with the absorption of water and sugar juice, is all controlled by natural forces such as the gas pressure and centripetal force. The produced ethanol is then extracted through a centrifuge de-liquification process.

The cellulose hydrolysis and fermentation will occur simultaneously in the same tank to enhance speed. This process is called “simultaneous saccharification and co-fermentation”.