Safety is a high priority concern for any research scientist, hence before we started our project we established safety standards, ensuring they were upheld to assure our safety and the safety of the those in the community environment by avoiding release. We have also taken care to pick a project that poses minimal biosafety risks even in the event of accidental release from a laboratory. 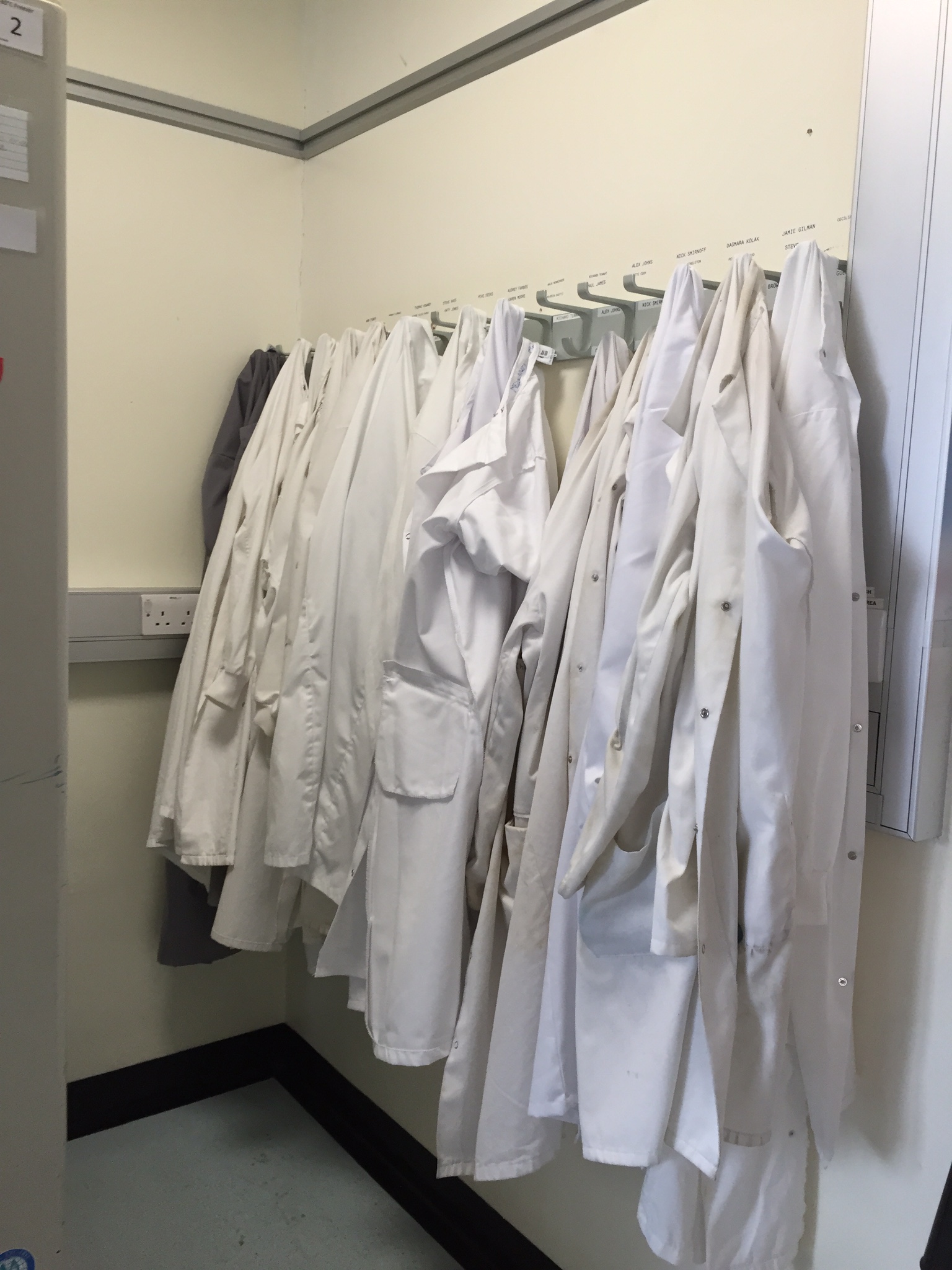 At the beginning of our project, prior to any lab work, we filled out and signed all the necessary lab safety forms, as was necessary with a biosafety level 2 laboratory. This completed the first part of our introduction to iGEM.

Upon arrival in the lab, we were given a short tour, introduced to lab staff, and aquainted with the locations of essential equipment. We were then instructed in good lab practice and technique by Dagmara Kolak, our lab manager. Throughout the project, we ensured that all team members wore lab coats and nitrile gloves at all times, and extra safety equipment was worn where appropriate: 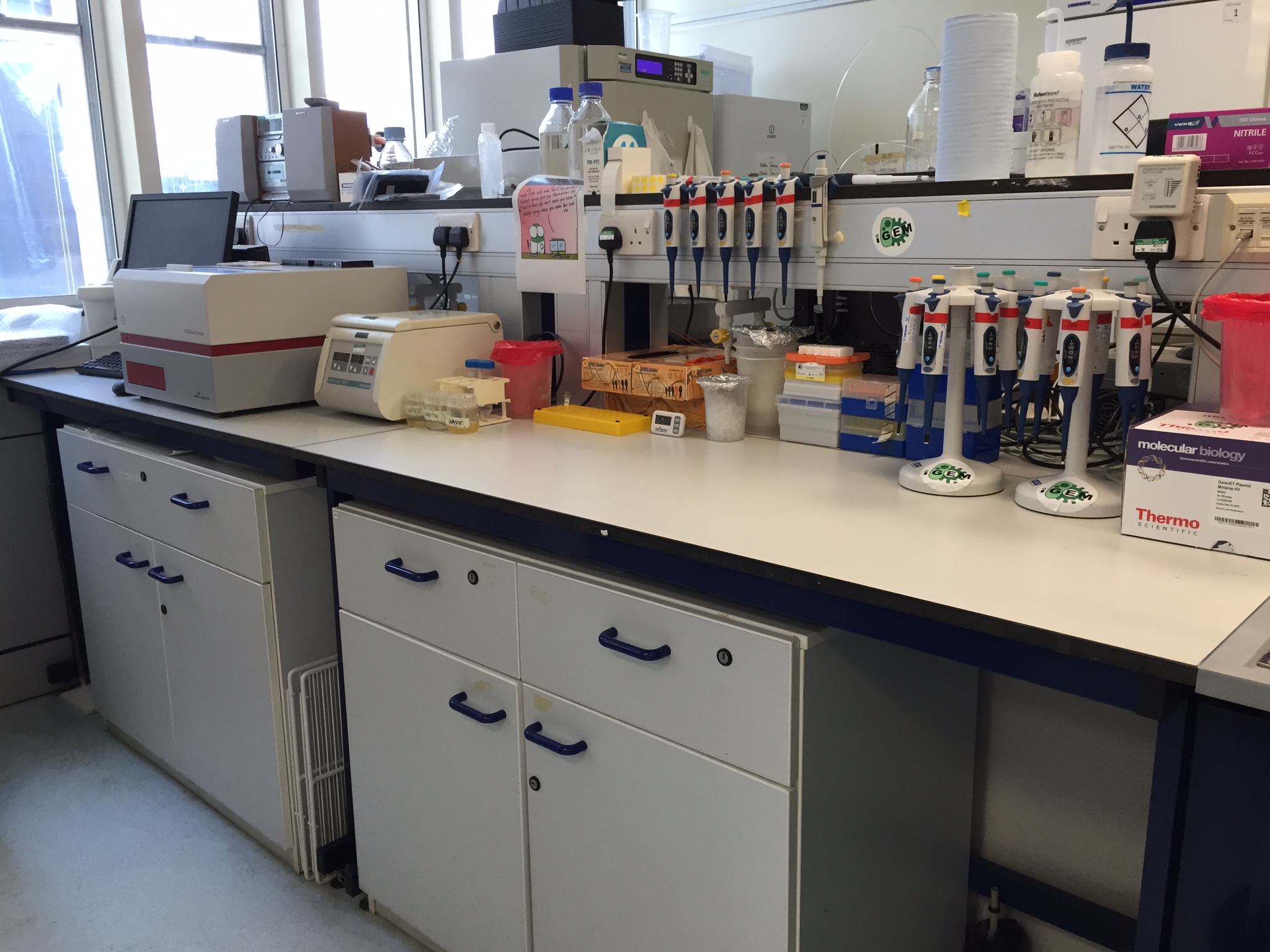 For the duration of our project we worked in the University’s Mezzanine laboratory alongside biosciences researchers of many disciplines and backgrounds. We were given our own lab bench and full access to the departments equipment and materials. The Mezzanine lab is a biosafety level 2 laboratory, which allows pathogenic agents to be used although they pose ‘moderate hazards to personnel and the environment’. We worked exclusively with E. coli for the entirety of the project, and so had to follow strict safety procedures to prevent the release of biomaterial into the environment. 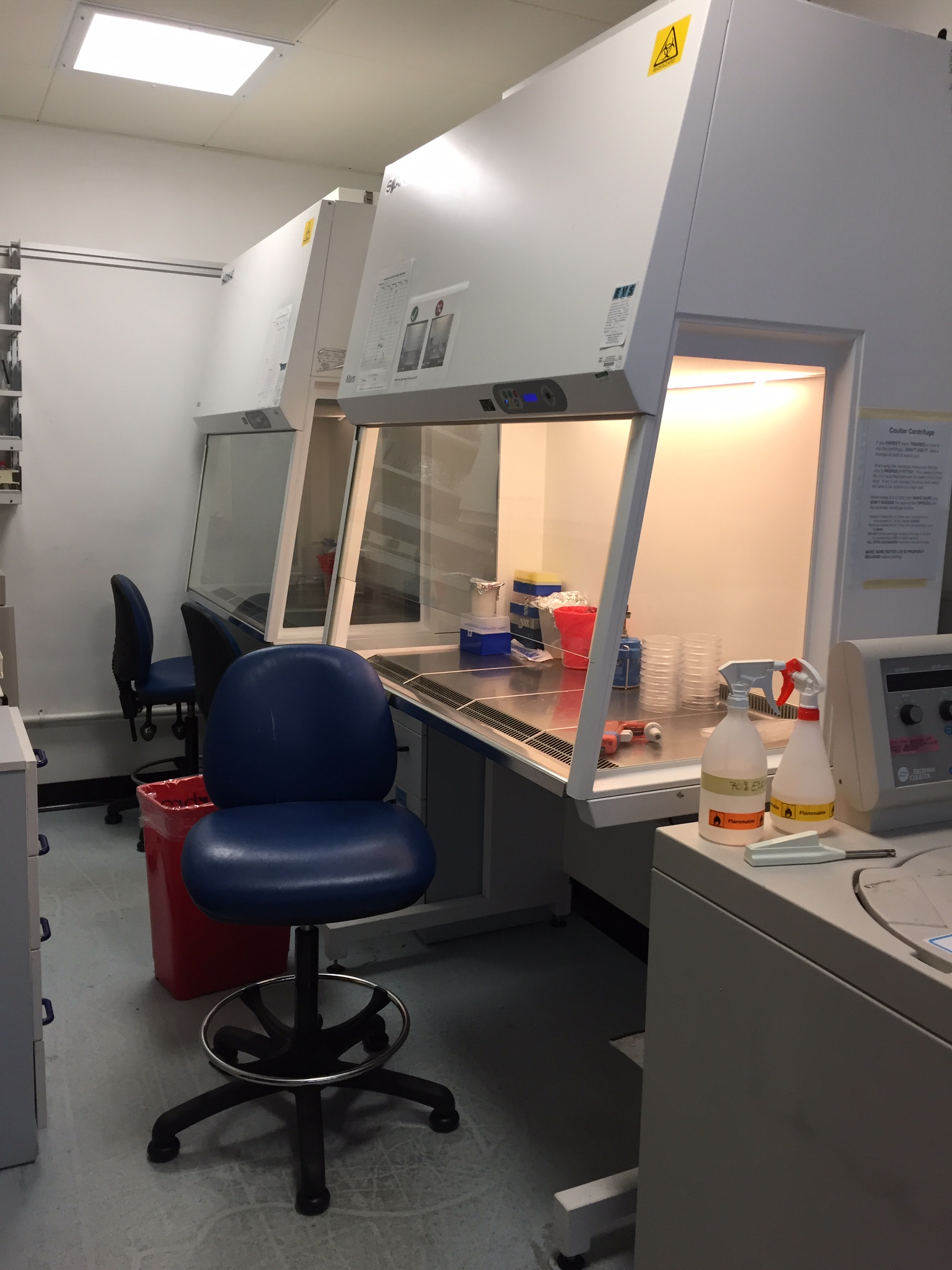 The layout of the lab included several stations set up for different procedures, eg. a station to prepare agar gels. This setup helped avoid contamination and ensured our bench didn’t become too cluttered - another aspect of good scientific practice! 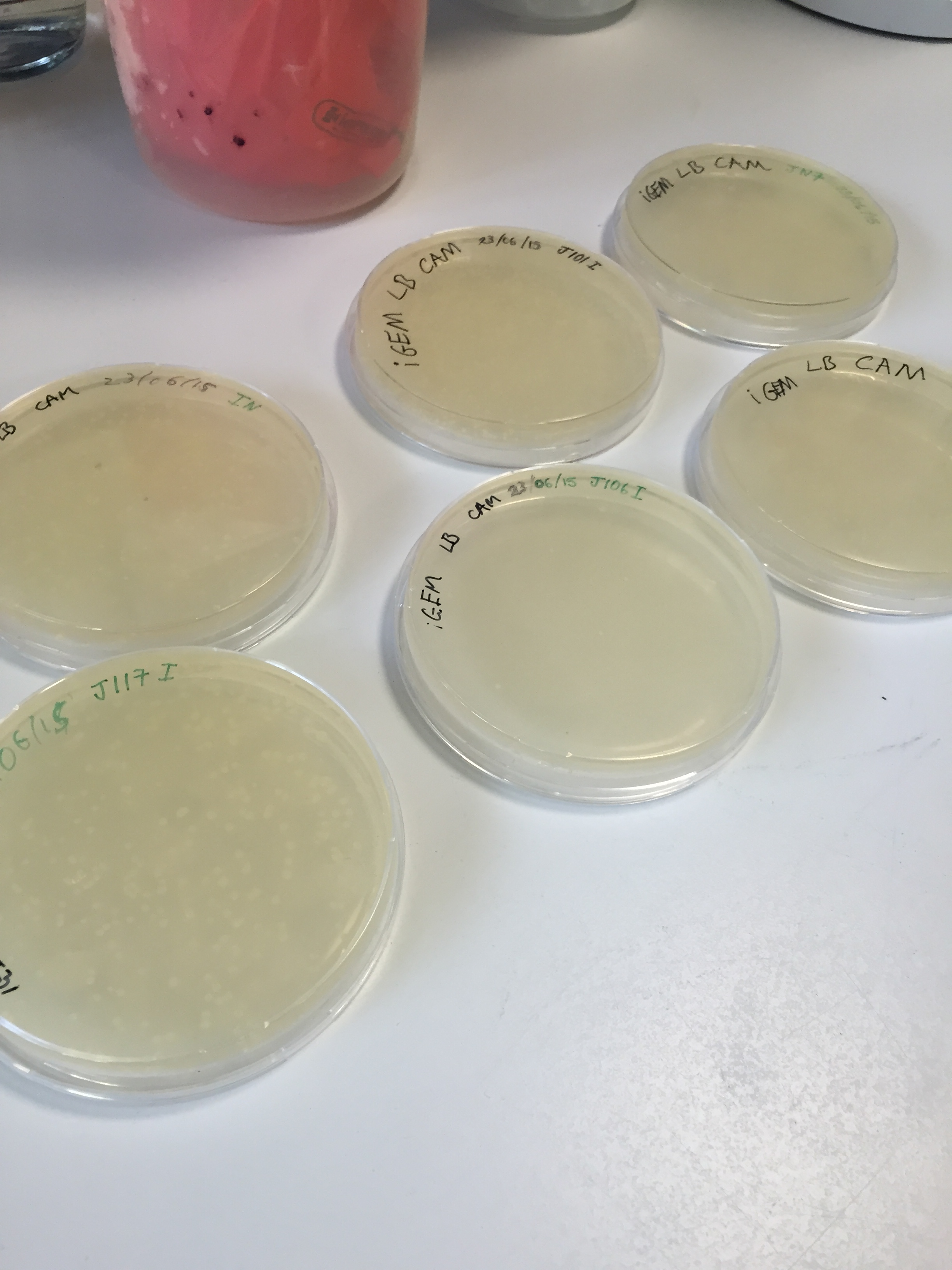 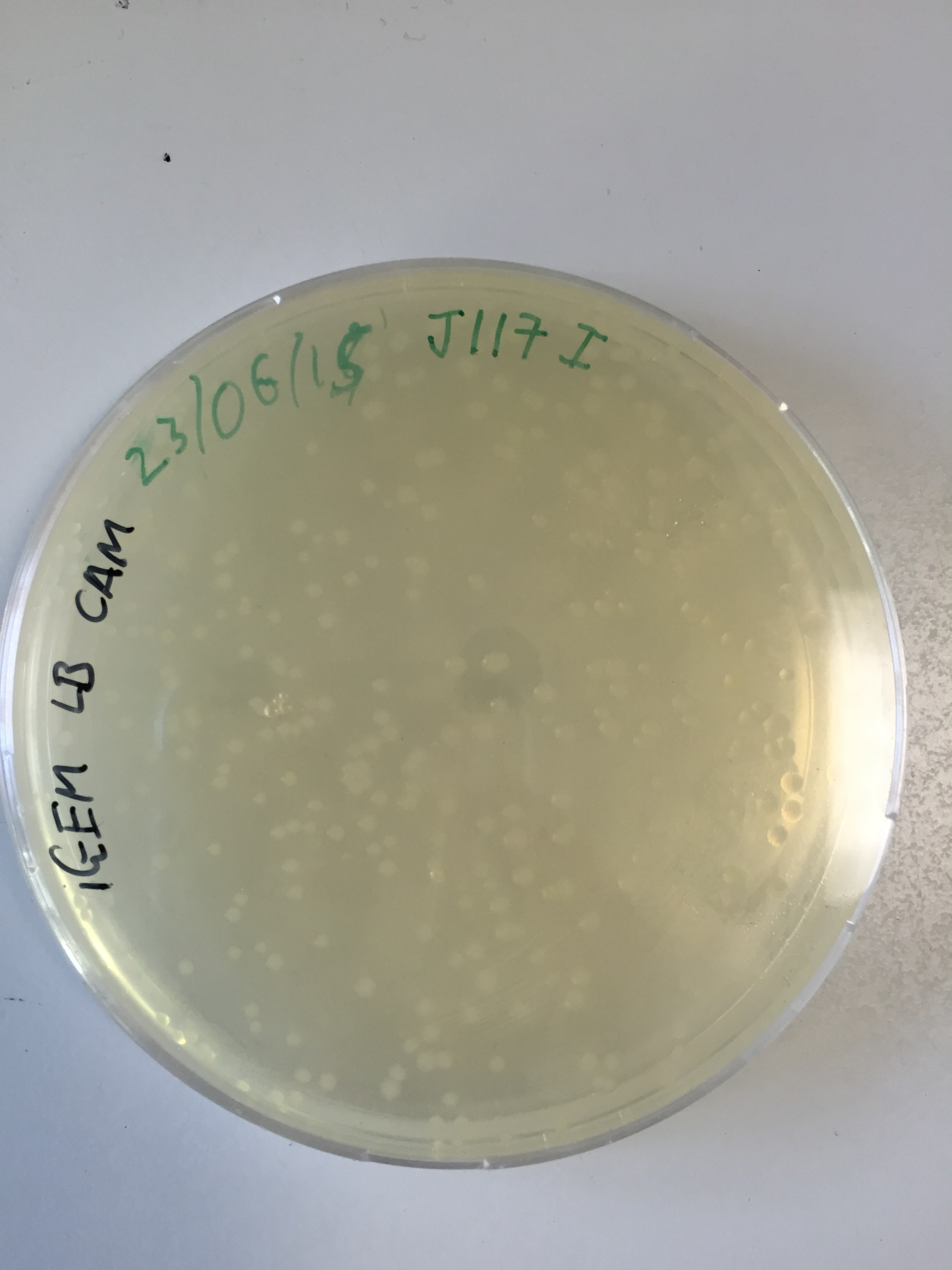 During our project we worked with biosafety level one E. coli - though when modified it became biosafety level two, and so was treated accordingly. When plating the E. coli a flow hood was used to avoid contamination of the cultures - it contained a butane lamp for flaming bottles, and 80% ethanol for cleaning purposes. We used the ethanol to wipe the inside of the hood, and our gloves, using appropriate aseptic technique. Inoculated plates were handled very carefully during preparation and transportation. Plates were poured and antibiotics were prepared in a flow hood, the plates were then covered with parafilm before being transported to the cold room. General safety prevents E. coli leaving the lab at any time, except when safely transporting to the cold room in a corridor just outside the main lab.

We plan to create a cell free system as a vector for our diagnostic test, to do this we must seriously consider the safety of removing biological material from a biosafety level two laboratory. Our system would be contained within a small tube. A sample would be added, the tube would then be sealed, and a diagnosis would be apparent after a waiting period. The system is relatively low risk, as the biomatter is contained with minimal time spent exposed to the environment.

Biosafety and our ideas: 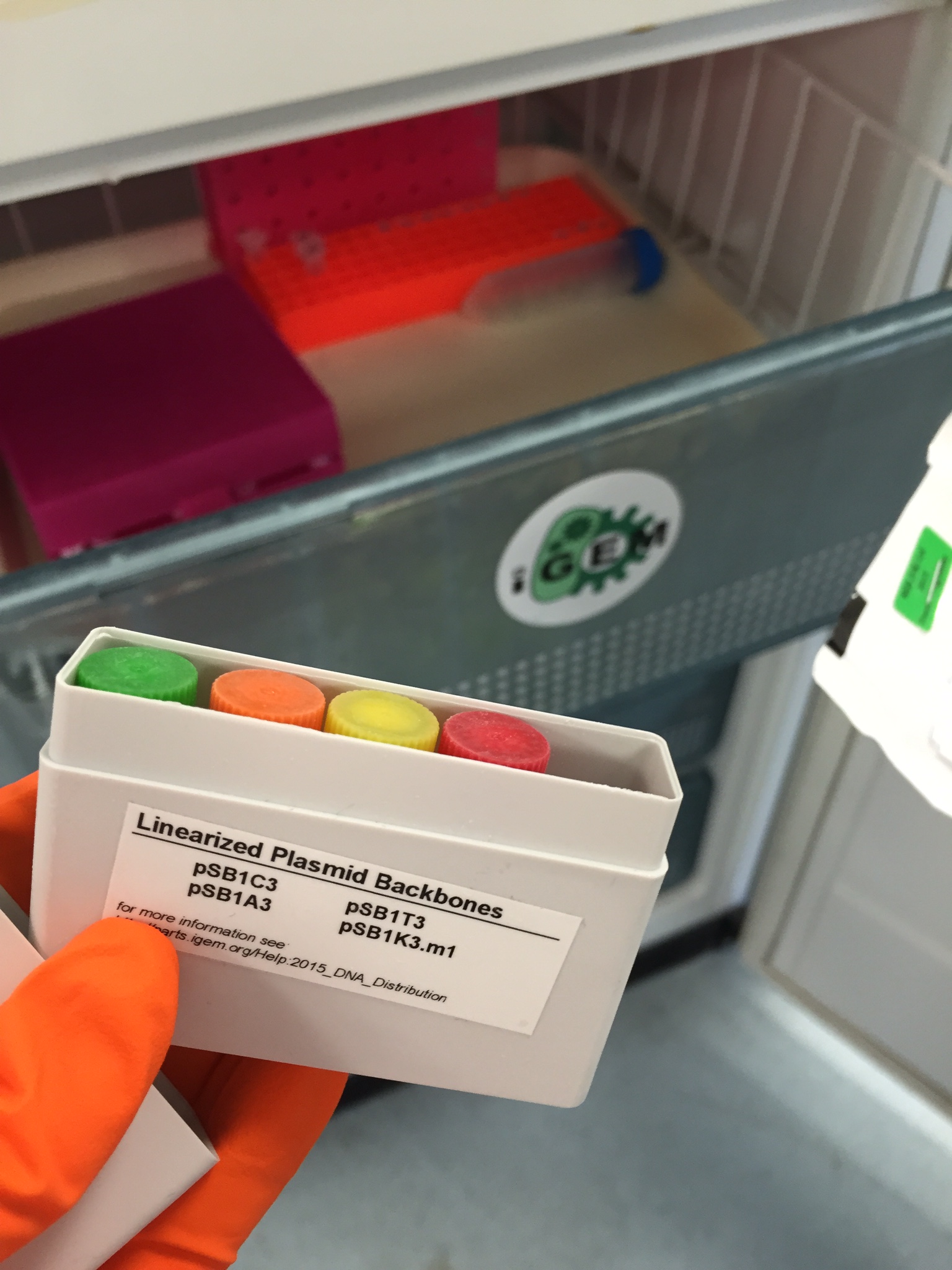 Part of our search for a viable project idea involved meeting with several resident academics to discuss their current research. During this time we had a open discussion with representatives from the Greenpeace Science Laboratory based at Exeter University. Before we selected an idea, we held a meeting with the Greenpeace representatives to consider the biosafety of our ideas and how we would engage with the public and stakeholders.

We discussed many aspects of safety, including biosafety levels, release of biomatter, and safety of the environment and community. This brought to our attention areas that we had not yet considered - prompting us to think more closely about the practicality of our ideas, their safety in practice, and how the non-scientific community would respond to our project.

For example, one concern that needed to be addressed was should our test be accidentally released on site loose DNA would contaminate the site of spillage. This DNA could then be taken up via horizontal gene transfer by local bacteria. To minimise this risk we looked very closely at how our test should be implemented, but also at the practicalities of testing - hence we incorporated these modifications into our prototype.