As part of their project, the William and Mary (W&M) iGEM Team were imaging cells expressing a variety of fluorescent proteins, including RFP, CFP, GFP, and YFP. Their constructs are being used for the Interlab Measurement study. As part of the measurement track the W&M team assembled fluorescent constructs, and measured and reported their fluorescence. The samples were sent to us to confirm the correct assembly of the parts by validating their fluorescence. Their interest in seeing how their constructs performed (in terms of fluorescent output) perfectly matched our own need to test OpenScope on cell samples rather than fluorescent beads. In addition, optical components were obtained to extend our imaging capabilities to both GFP and RFP. In particular, RFP imaging has not been tested previously.

The W&M team were kind enough to send us dried DNA samples containing constructs for GFP and RFP expression in E. coli. Details on the protocols used to resuspend the DNA and to transform the cells can be found below.

Fluorescent samples were then visualised with OpenScope using two set-ups: 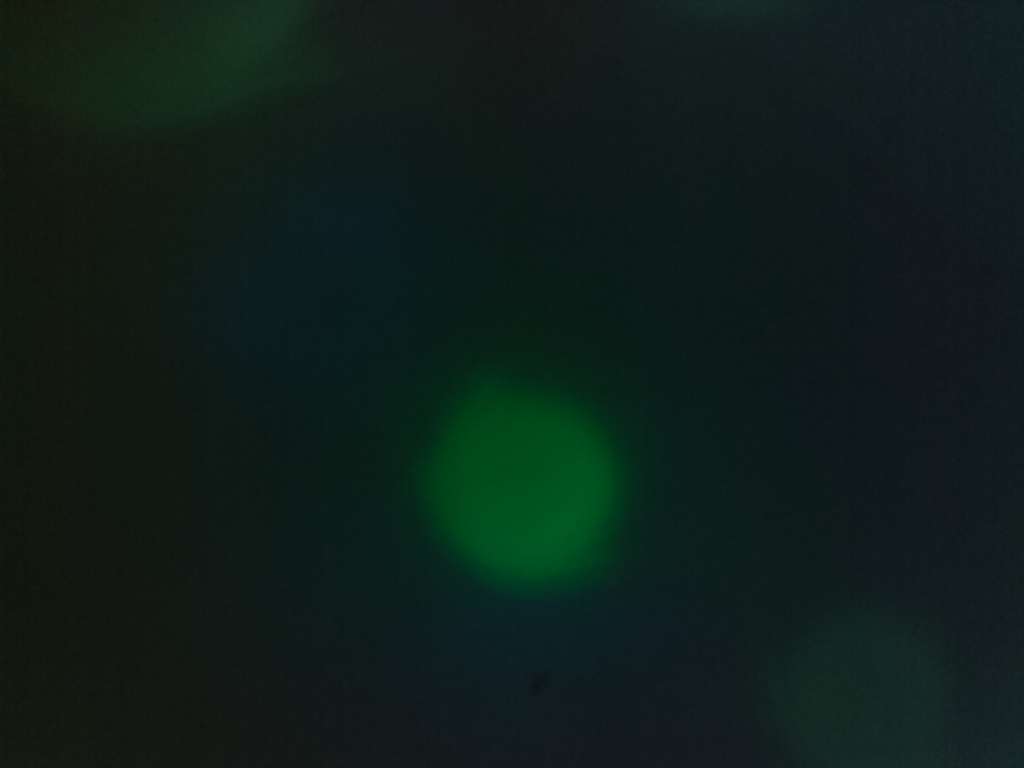 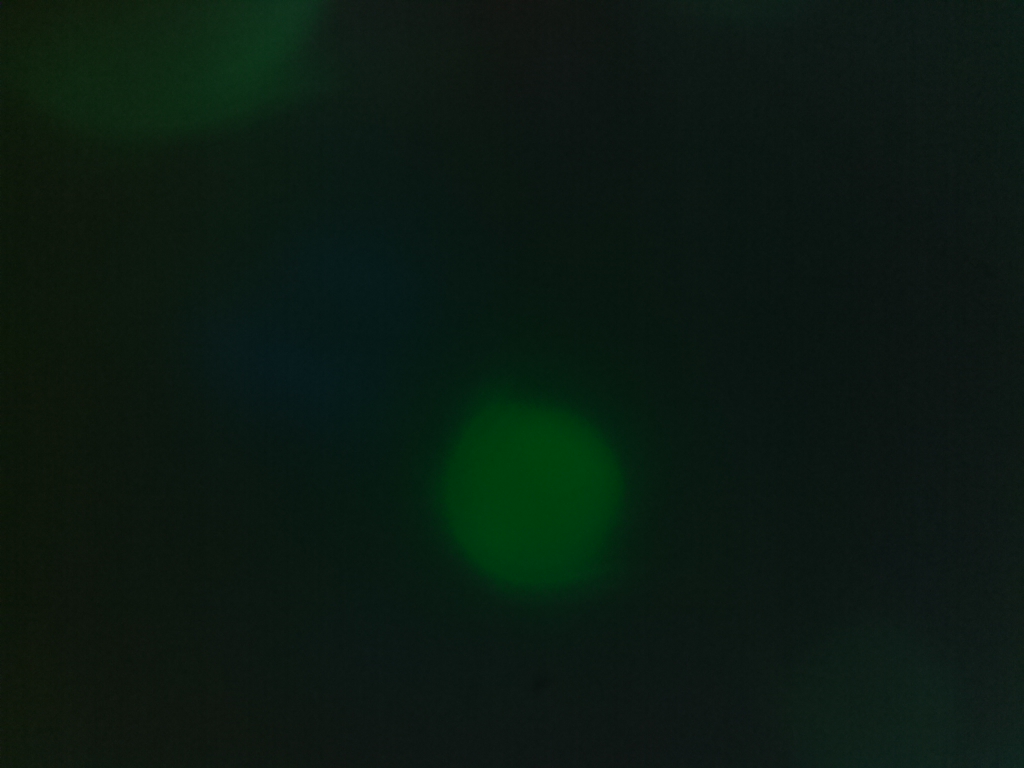 Fig. 1: GFP-coated fluorescent beads visualised using OpenScope under standard set-up. Images were captured on 14.09.15 using the Webshell, and are unedited.

Testing using the commercial fluorescence microscope confirmed that the samples had phenotypes as reported by William and Mary. Both constructs resulted in GFP expression in E. coli. J23106+I13504 demonstrated increased fluorescence intensity relative to J23117+I13504.

A control slide (sample taken from the agar of the control plate, untransformed cells plated on Amp) was first tested to establish a fluorescence-free baseline (Fig. 2a). The duplicate J23106+I13504 samples were then tested using the standard set-up and non-standard set-up. Fluorescence was detected (Fig. 2b and 2c). 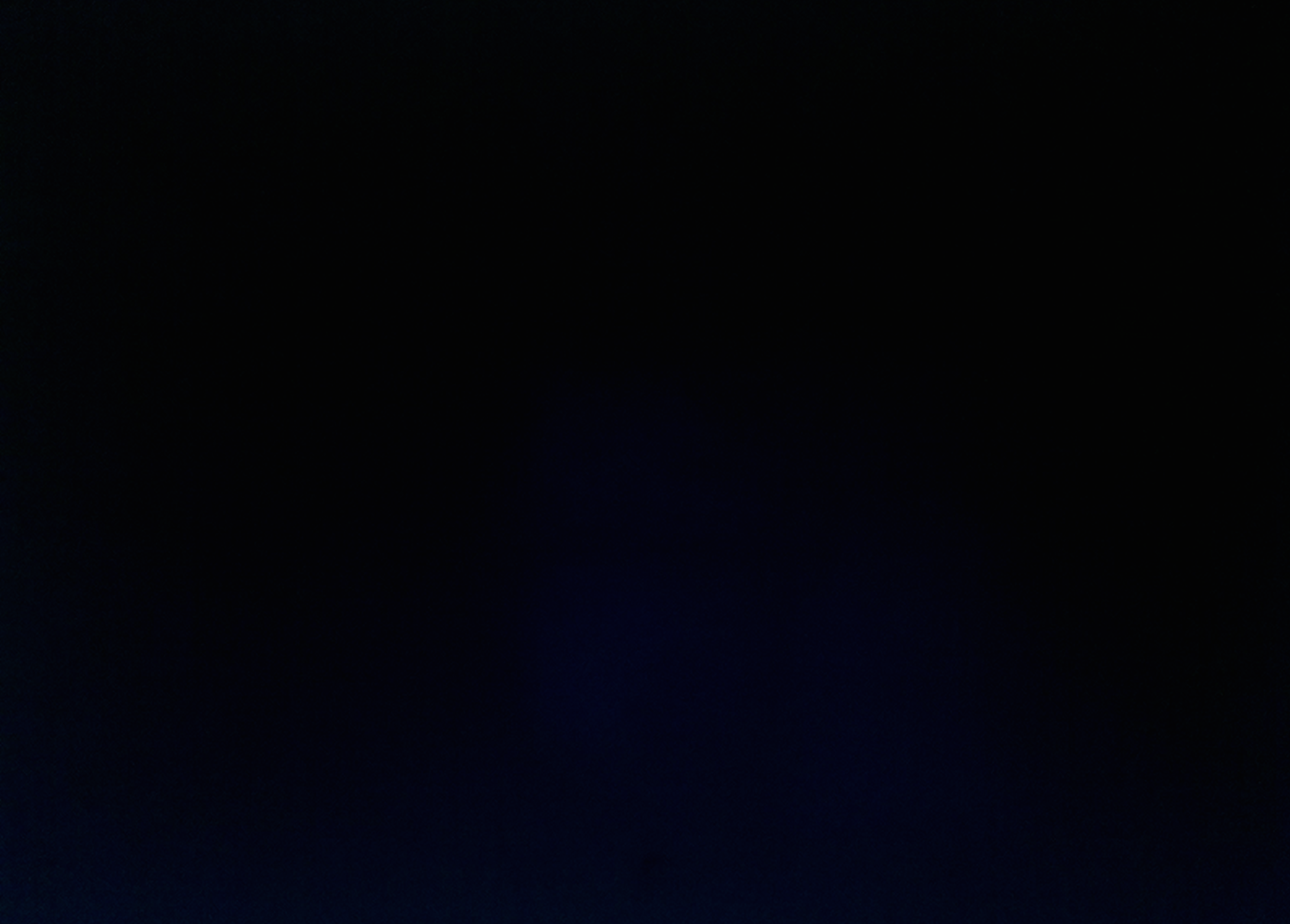 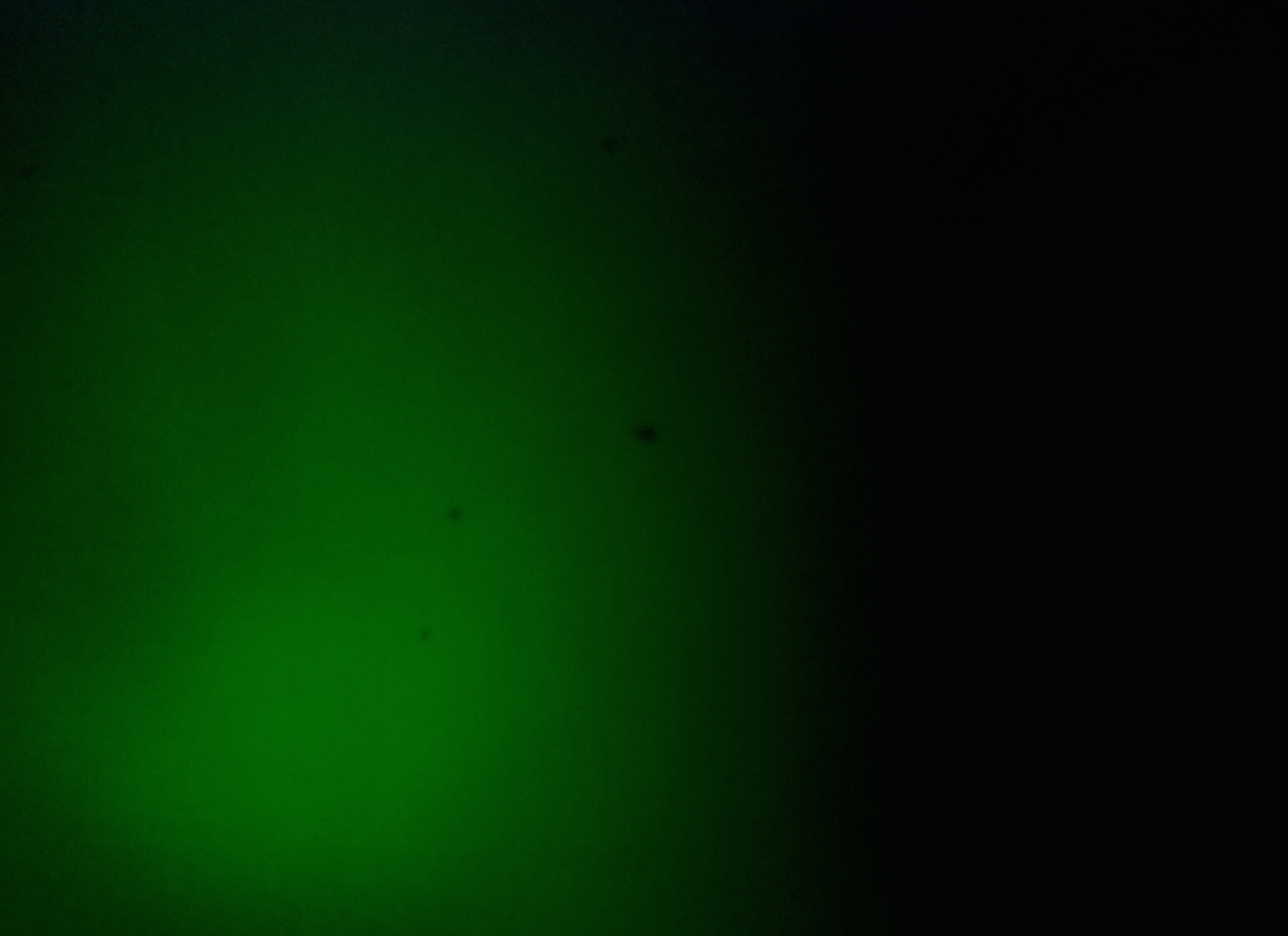 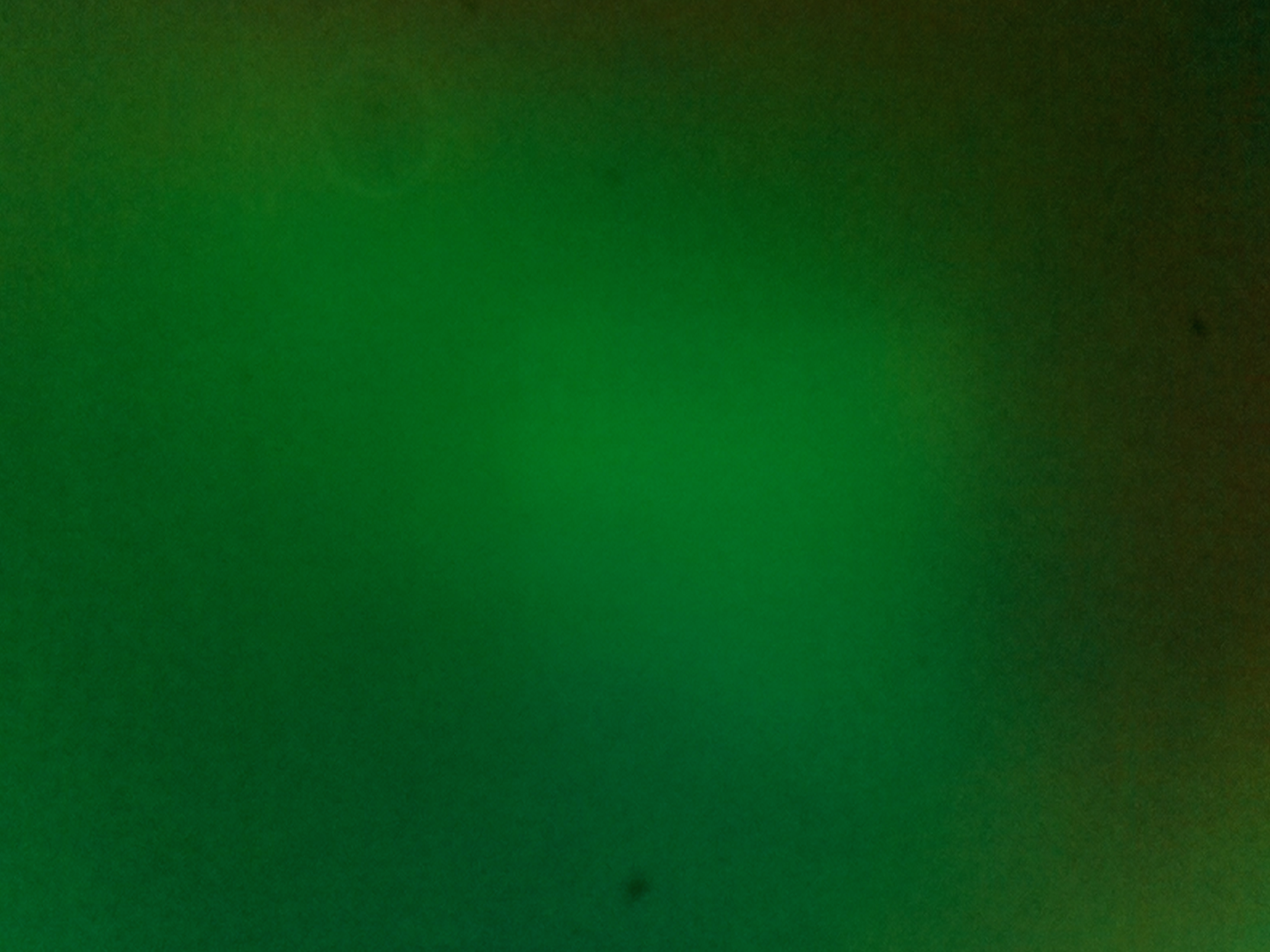 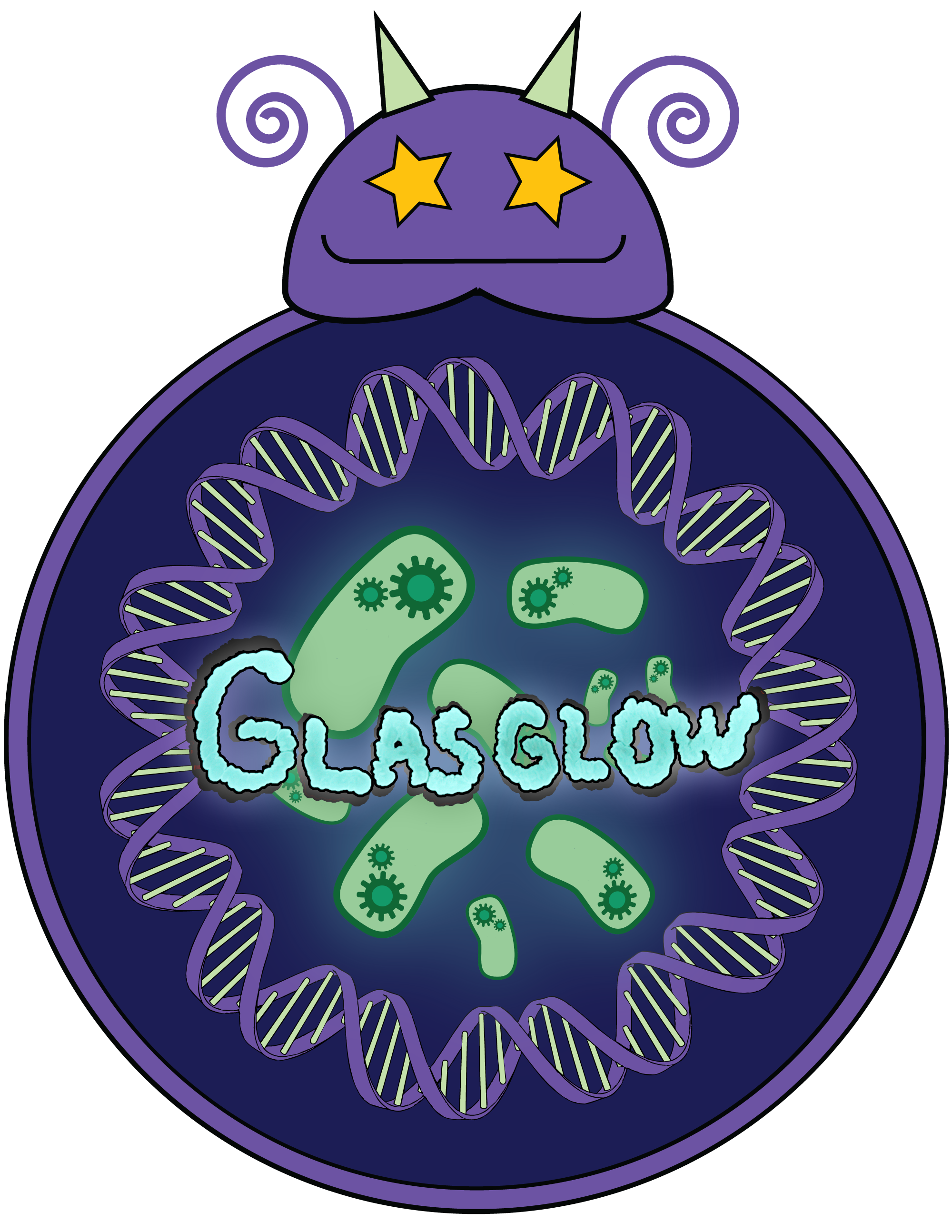 We can see how you fluoresce

Collaboration with the Glasgow iGEM Team was also based on fluorescence imaging: as part of their project, the Glasgow team are characterising different fluorescence constructs expressing RFP and GFP. It was therefore beneficial for them to have an independent group analyse the bacterial expression of their constructs, and for us to have some living fluorescent samples to image. Specifically, the bacterial transformants they supplied were reported to have the following phenotypes:

Our objective was therefore twofold: firstly to test the capabilities of OpenScope in analysing bacterial samples for GFP and RFP fluorescence, and secondly to report back to Glasgow with our phenotypic analysis of their bacterial strains.

After preliminary testing using the RFP epi-cube, it was decided that imaging of RFP at this stage would not be possible. Hence only bacterial strains expressing GFP (as confirmed earlier) were tested against the control.

Testing using the commercial fluorescence microscope confirmed that the samples had phenotypes as reported by Glasgow. From tube 5, a small proportion of the cells were expressing RFP and the majority expressed GFP as predicted.

Results from preliminary testing of DH5α cells with p126.1 and p56.1 (confirmed: GFP expression only) using the standard set-up indicated illumination brightness was insufficient to detect GFP. The non-standard set-up (with a brighter LED) was used, and GFP expression was confirmed in p126.1, p126.+p56.1 and p126.1+p80.1 cells as expected (Fig. 3a-d). The images display an artefact of the square shape of the LED used, as there is an area of increased fluorescence in the outline of a square at the centre of the images (Fig 3c and d). 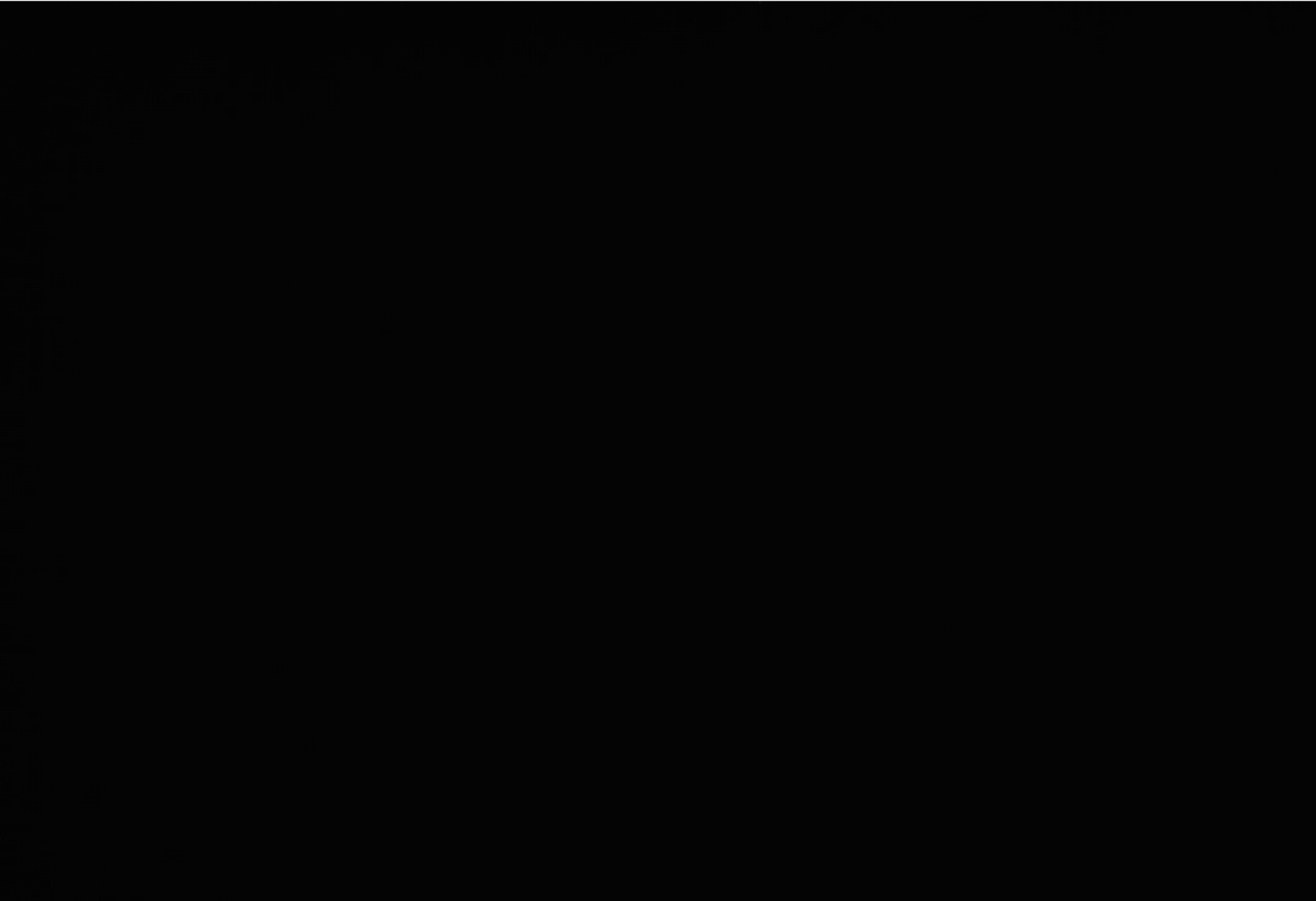 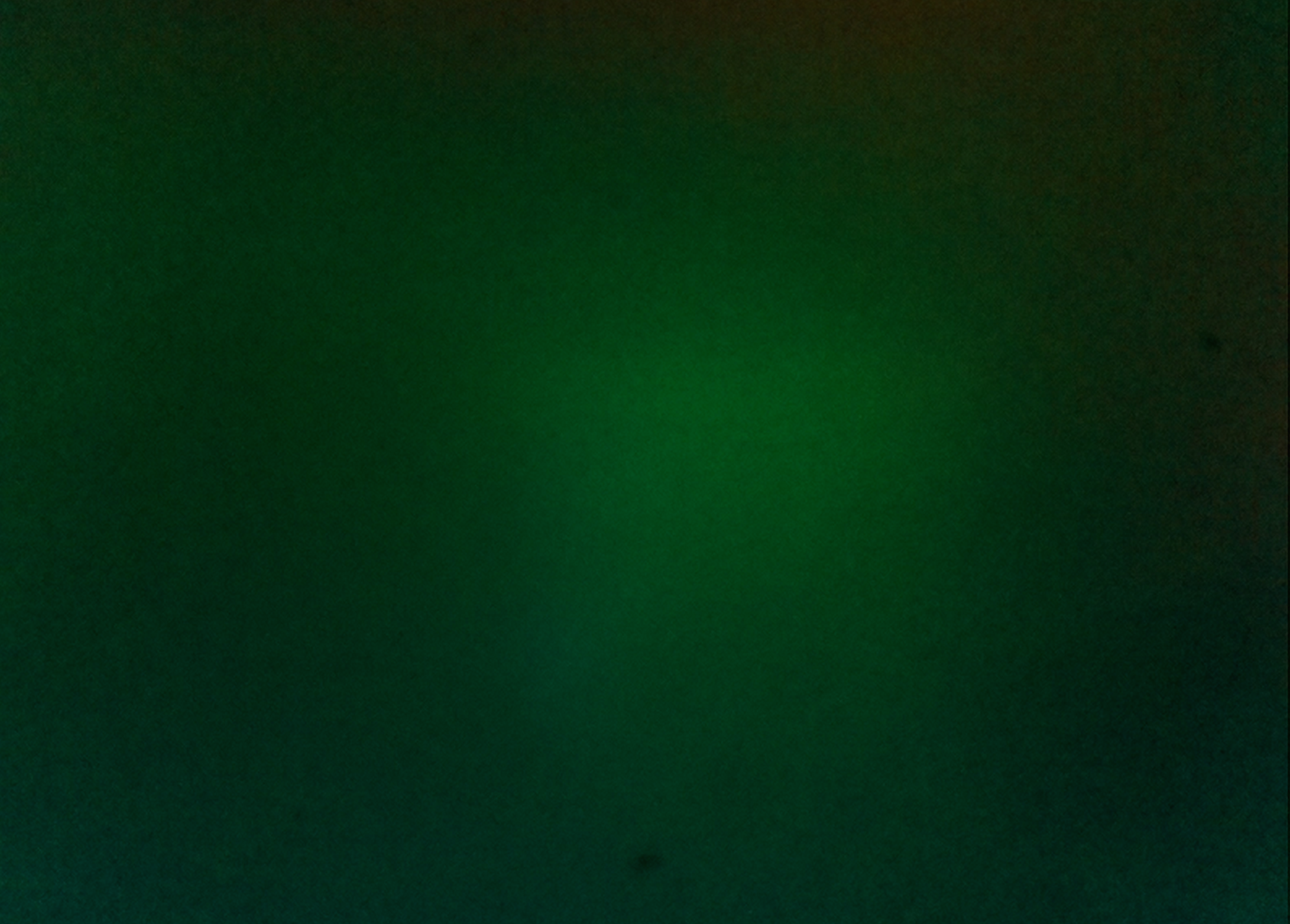 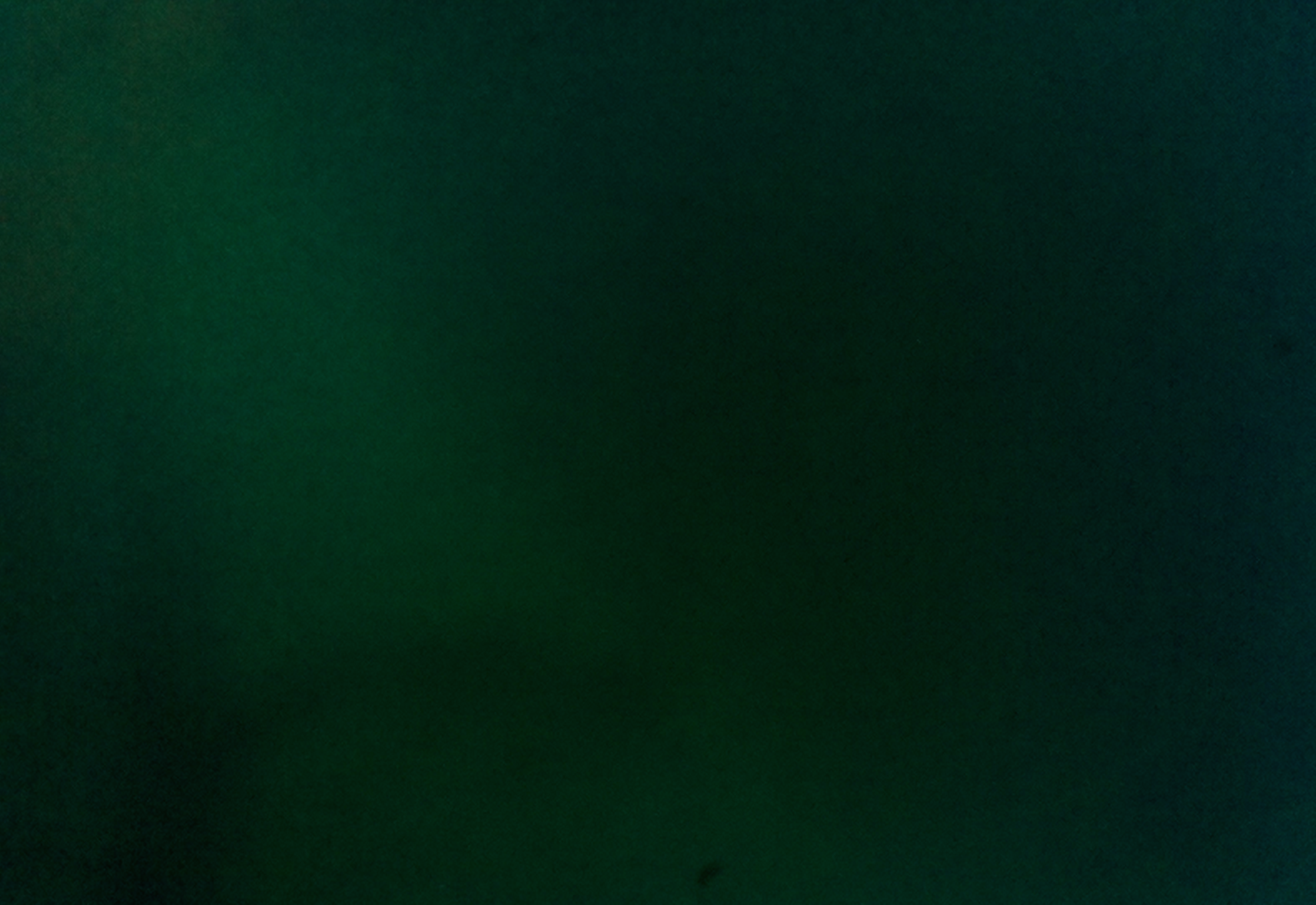 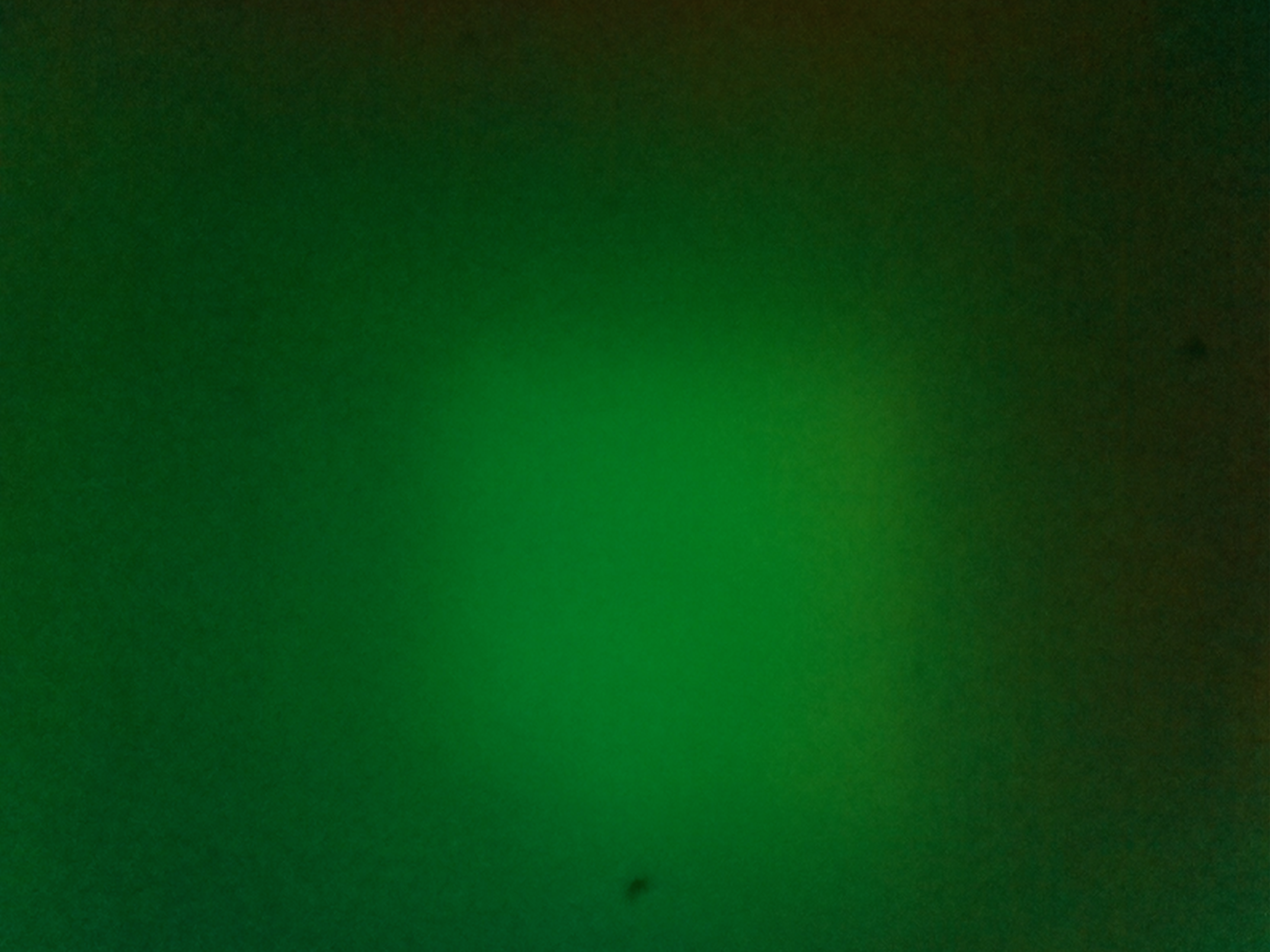 The first objective of the collaboration was to confirm the phenotypes of the bacterial strains and the expression of fluorescent proteins. Due to the technical limitations of OpenScope (see below), RFP could not be visualised. Hence a commercially available microscope was used to confirm RFP expression. In addition, GFP was reliably confirmed using the same microscope. Across the board, expression of the fluorescent proteins was as reported by Glasgow and W&M iGEM teams. This confirms the functionality of the plasmids.

After successful visualisation of fluorescent beads labeled with GFP (Fig. 1), it was expected that OpenScope would enable visualisation of E. coli expressing GFP. However, results indicate that reliable detection was not possible using the standard set-up (single LED illumination, GFP epi-cube). Possible reasons are:

Replacement of the 100mW LED with the 3W LED allowed visualisation of samples with reduced fluorescence intensity in the case of the p126.1, p126.+p56.1 and p126.1+p80.1 cells. The 100mW LED was sufficient only to image the J23106+I13504 samples. Overall, the results suggest that in order to reliably detect fluorescence the 3W high-power surface-mount LED is more appropriate. However, this is still not sufficiently reliable to make OpenScope useful for fluorescence screening at this stage. In addition, the artefact (image of the LED itself) seen when using the 3W LED means that the uniformity of illumination must be improved.

RFP is more challenging to image, as it has a narrow gap between the excitation (584nm) and emission (607nm). For more information, see the Modeling Page. 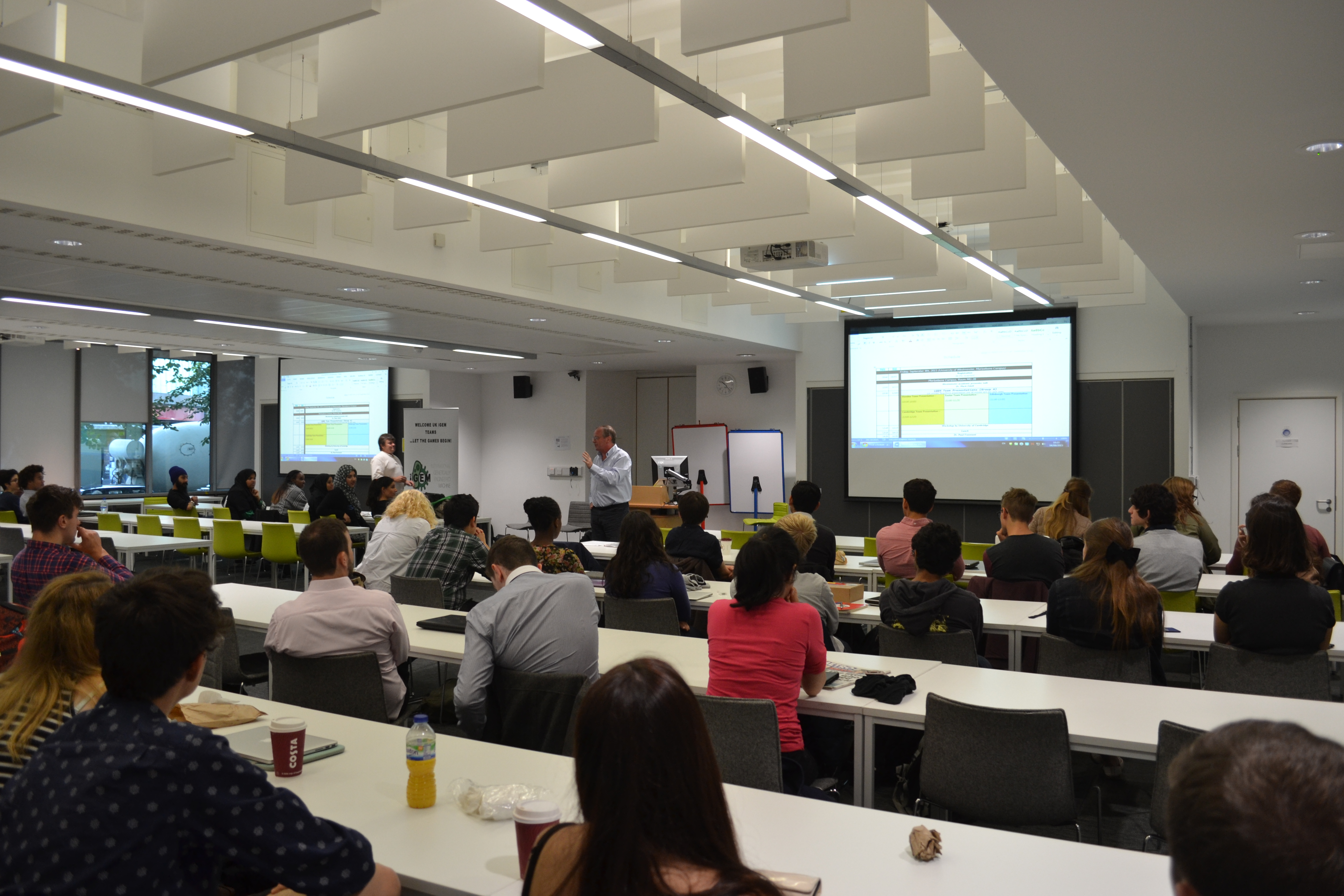 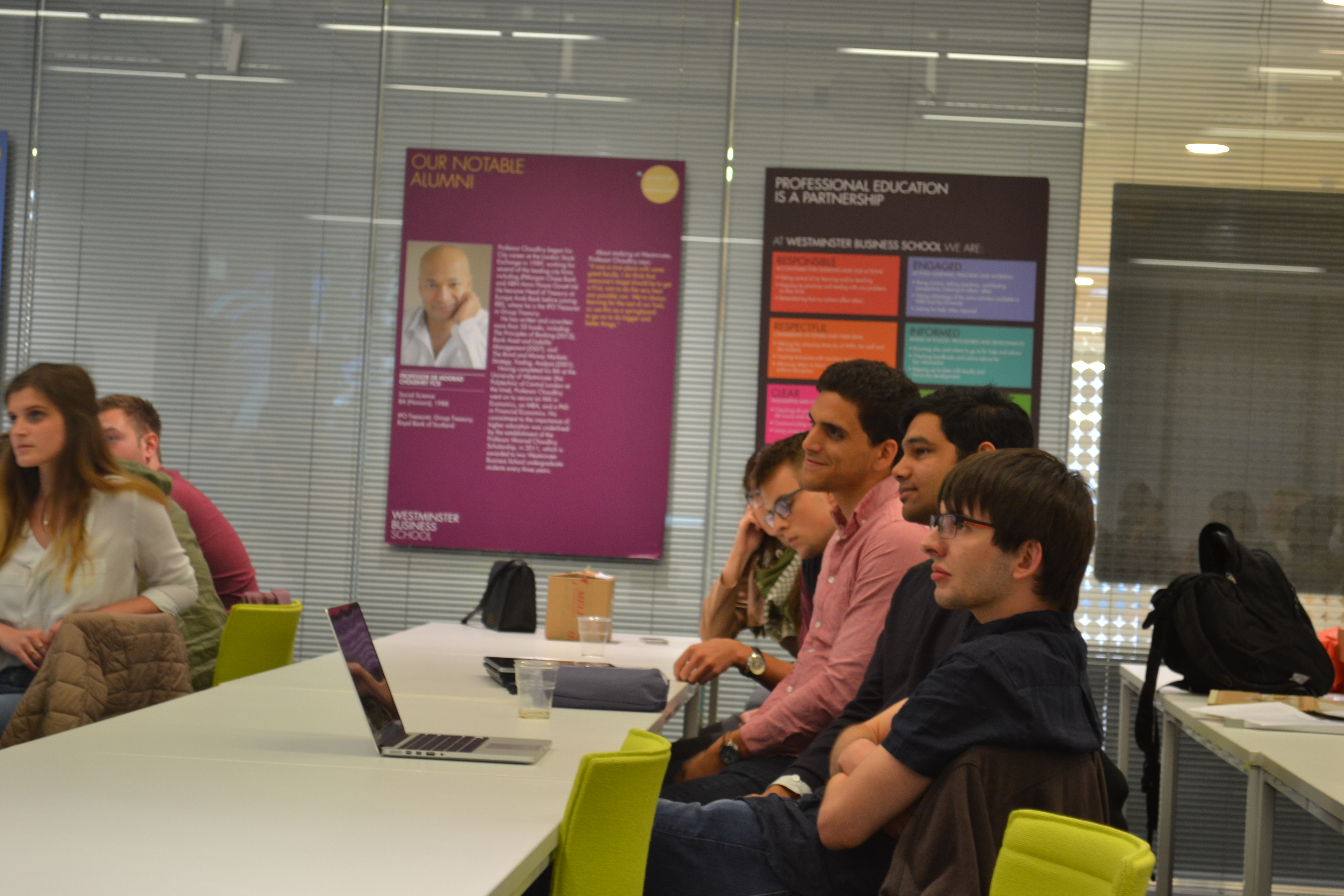 In order for UK iGEM teams to meet, socialise and discuss their projects ahead of the Jamboree, the Westminster iGEM team organised a two day meeting in London. As the Hardware track was new to this year’s competition, and being the only team following this track in the UK, we felt this would be a fantastic opportunity to introduce other teams to the track and highlight the important role of hardware in synthetic biology.
Our workshop took the form of three stations, each covering a slightly different aspect of our project and each with a different discussion focus:

A working set-up of our latest microscope prototype, brightfield and fluorescence modes, fully motorised and video streaming to the Webshell. Discussion points:

An interactive demonstration on building our microscope from scratch. Discussion points: 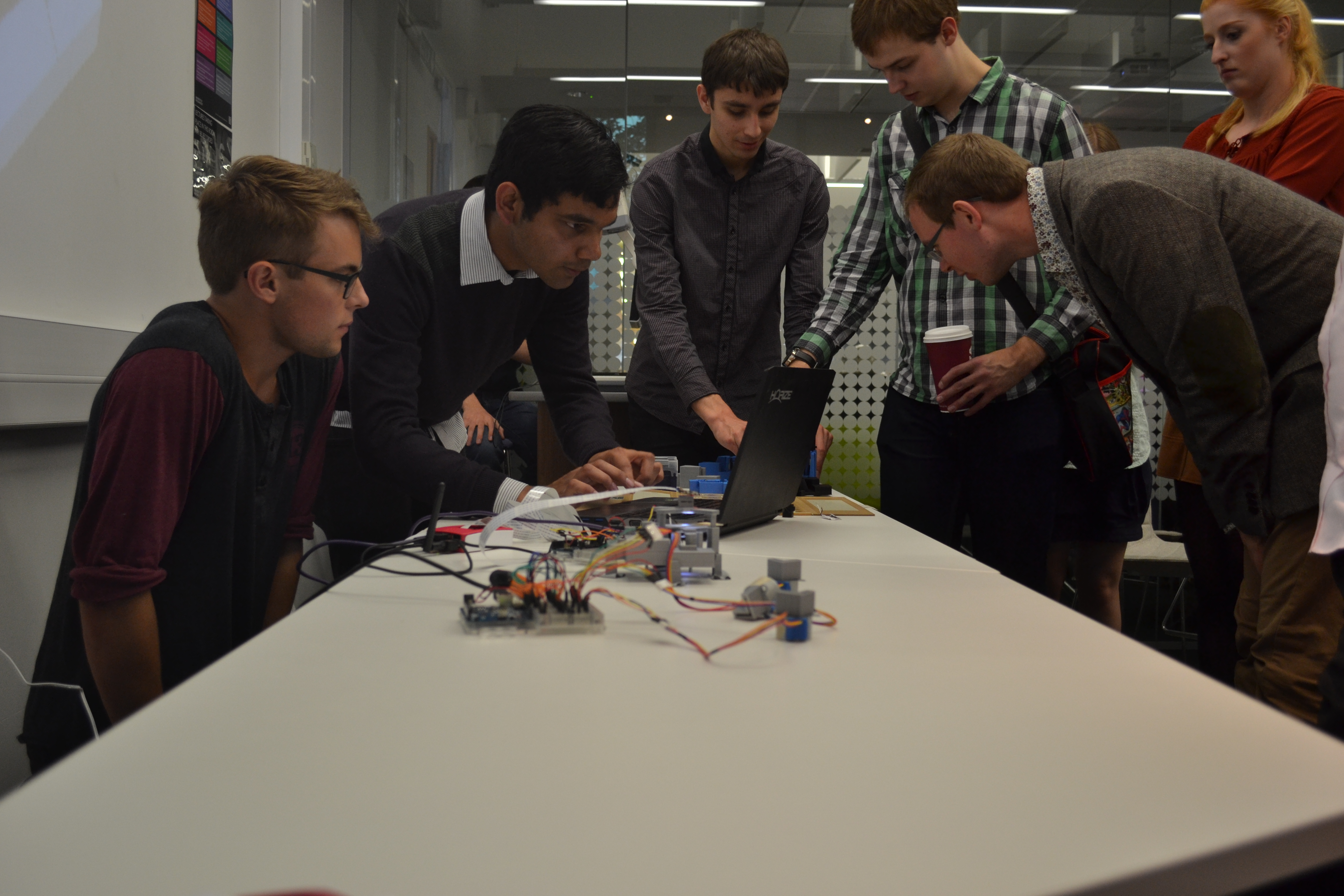 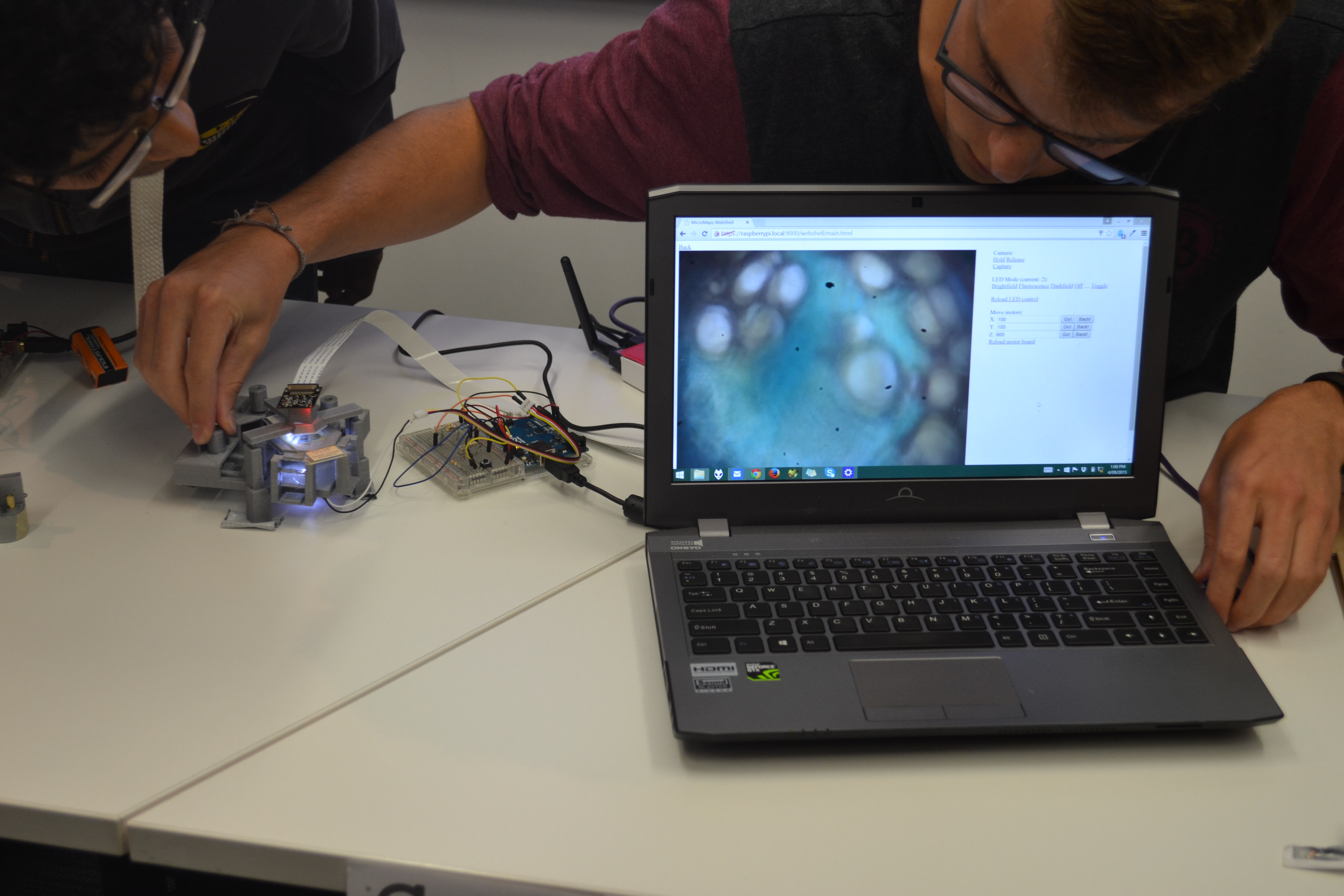 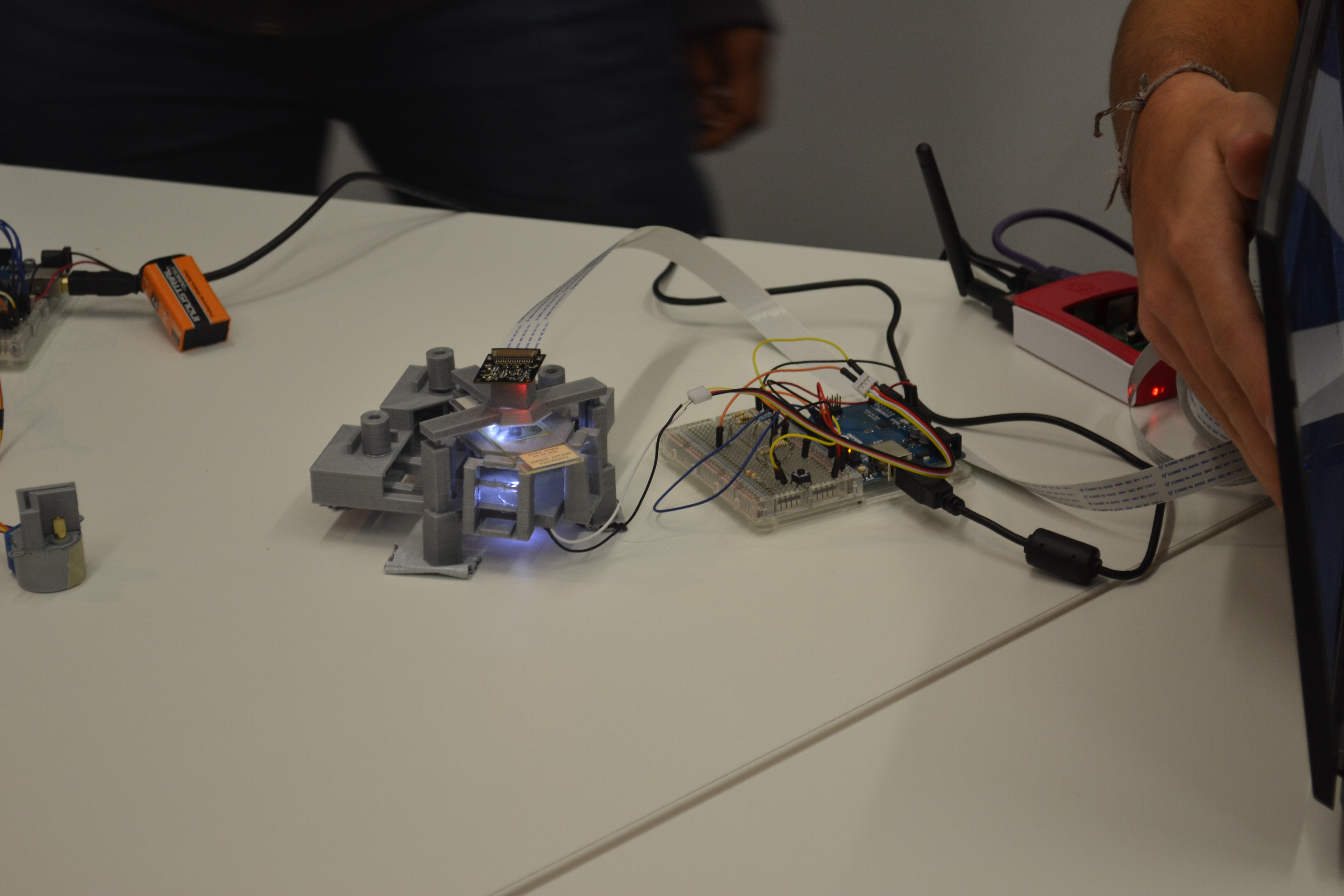 The entire team was involved, and this allowed members of other teams to chat and ask questions at all three stations while the equipment was being run. The level of enthusiasm from other team members was extremely encouraging, and we were very surprised by the number of questions about the hardware track in general. We hope that as a result of our worksop, some teams may consider it for next year’s competition.
Perhaps one of the most important outcomes of the workshop was in raising awareness of the role of open source hardware (OSH). We emphasised the degree of collaboration and community that it fosters, in the context of our own project. Underlying this is the ability of other iGEM teams to build, modify and improve our microscope in the spirit of OSH and the competition. We invited and encouraged other team members to look at our designs, tinker with them and think about how they might alter them to fit their specific needs.