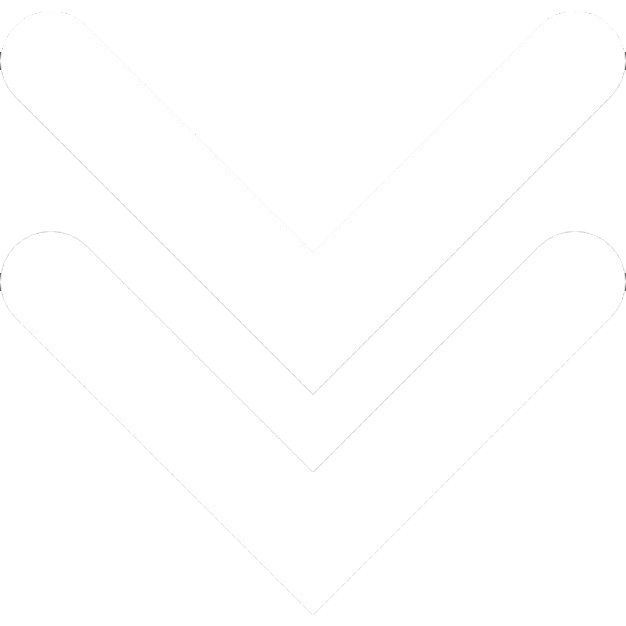 Nitrogen (N), phosphorus (P) and potassium (K) are three plant macronutrients, and deficiencies in any of these can lead to plant diseases. By creating a biological sensor that can quickly provide soil status to plant owners, we can prevent plant diseases due to the lack of nutrients. In view of this, our team constructed a biological sensor in E. coli, which can detect NPK levels in the surrounding environment and give responses in the form of colors. In addition, we characterized the effects of a dual output system, in contrast to a single output system, in order to anticipate the expression of multiple outputs in a single system.

PyeaR is normally cross-regulated by the Nar two-component regulatory system (Nohno et al., 1989; Lin et al., 2007) and NsrR, a regulatory protein. When there is nitrate and nitrite, it will be converted into nitric oxide. The nitric oxide will bind to NsrR and relieve the repression on the PyeaR. As a result, any genes that are downstream of the PyeaR promoter will be expressed. 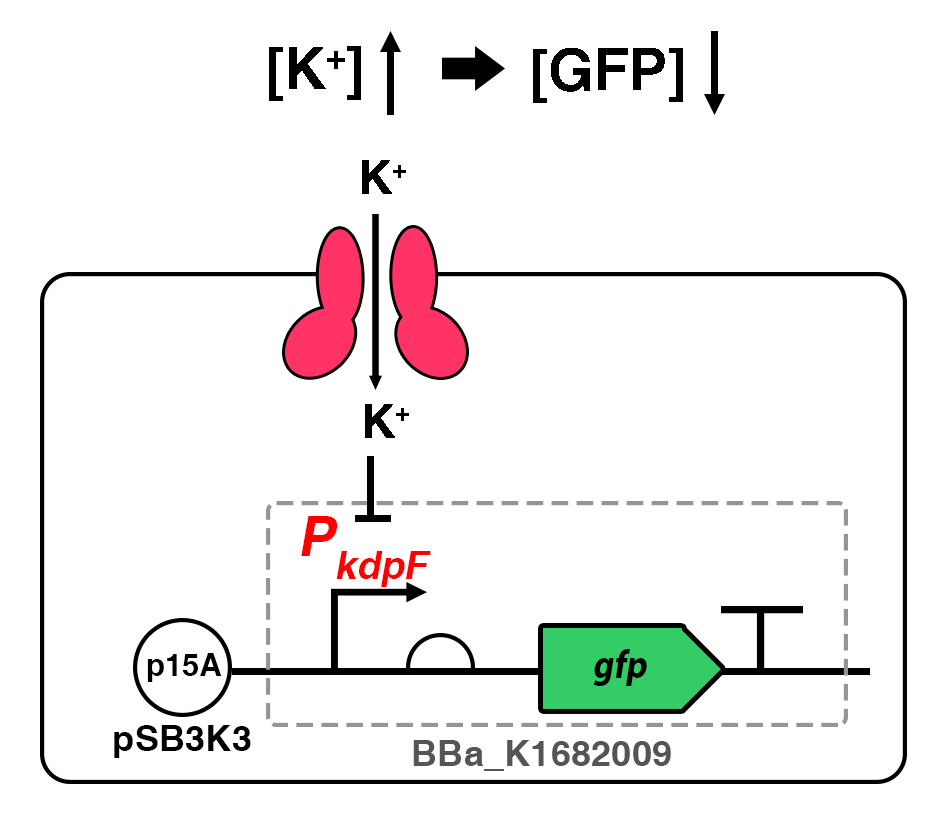 In order to characterize the output difference between a single expression system and co-expression system from one vector, we built two inducible systems and compared the dose response of each of the individual system in a single construct plasmid to that of a double constructs plasmid. Fluorescence was used as the readout. 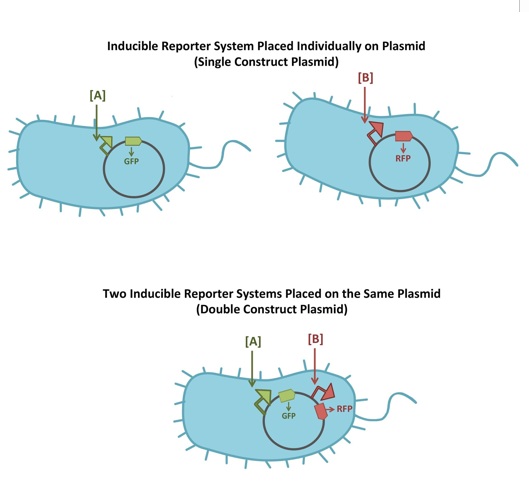 In the parallel sensors we build one of the sensor using ParaBAD. However we discover that there are different opinions on the mode of response of this widely used promoter. As such we decided to investigate on this promoter.

Gel electrophoresis is an important tool for biologist, an imaging station that is easily accessible is crucial for a productivity of any iGEM team. In view of this, our team made a DIY Gel Imaging Station using cheap and easy-to-obtain materials. 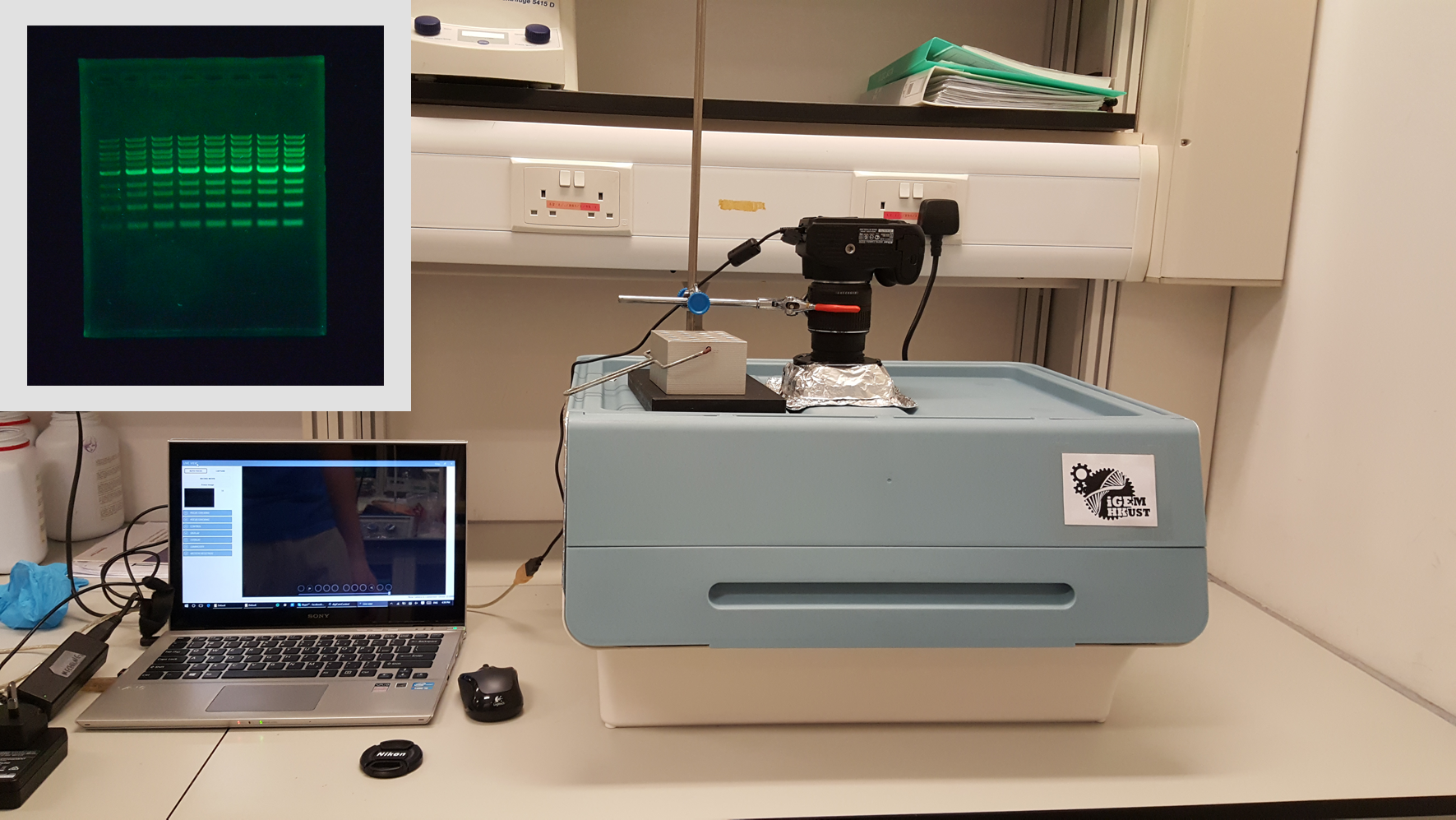