E. coli that glows in paucity of phosphate - at a glance

Phosphorus is an essential plant macronutrient as it associates with various growth factors for plant root development as well as seed production. Deficiency in phosphorus will result in stunted plant growth. Our aim is to engineer a phosphate sensor in Escherichia coli and detect phosphate level in soil. To this end, we obtained different sequences for PphoA or PphoBR and fused it with gfp (gfpmut3b). The promoters are activated under low phosphate condition, so green fluorescence will be produced to show phosphate level in soil.

An effort to make iGEM a better community 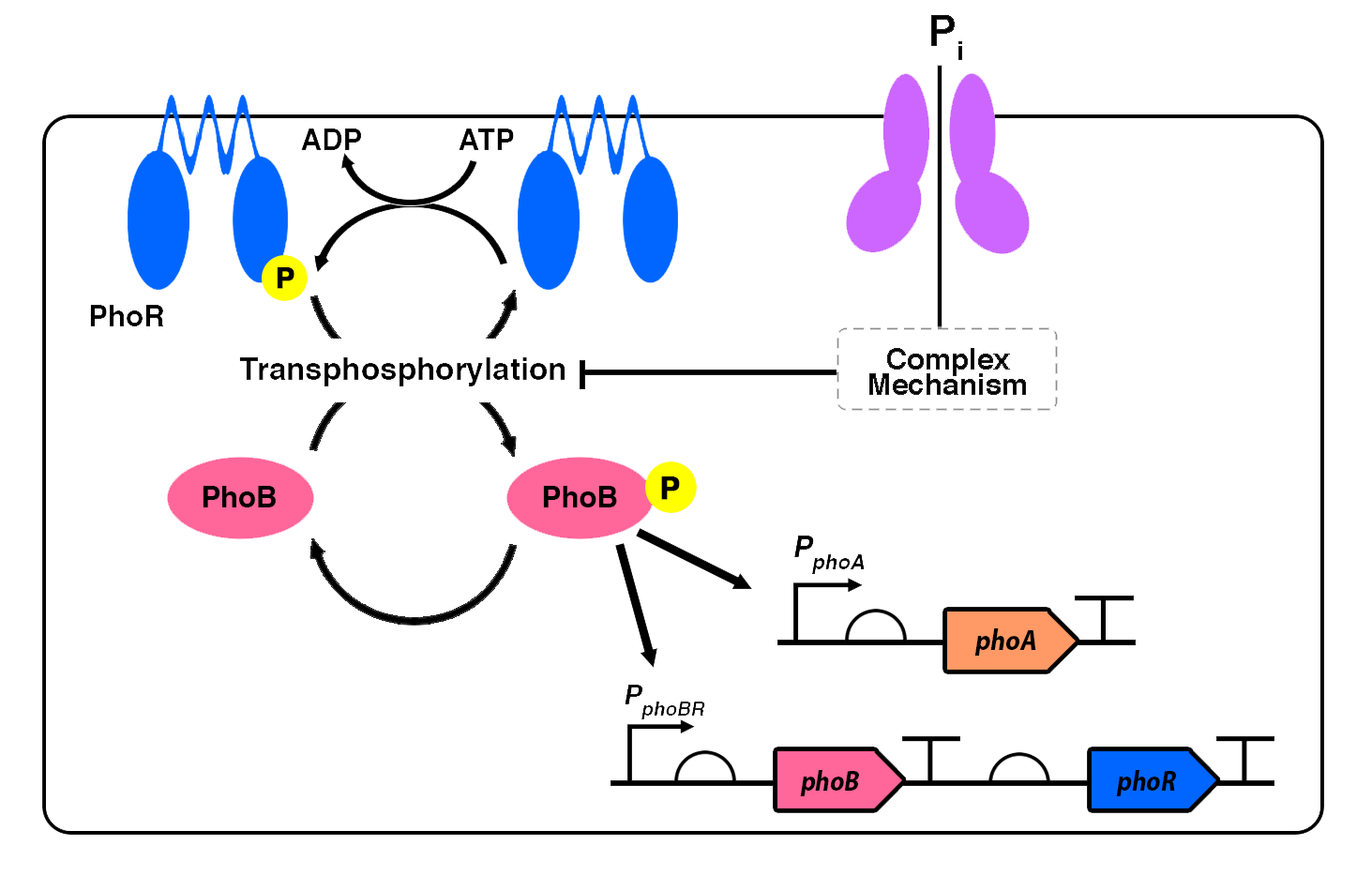 E. coli has multiple native phosphorus sensing and regulation systems that we could use in the construct. Among them, we chose the PhoR/PhoB two-component system (TCS). It contains a sensory histidine kinase PhoR and a partner DNA-binding response regulator PhoB. PhoR is activated under low phosphate concentration, which will then phosphorylate PhoB. The phospho-PhoB is then capable of activating expression of the Pho regulon genes, two of the examples are phoA and phoBR. In high phosphate concentration, phoR is turned into an inhibitory state, which interferes with phosphorylation of PhoB. PhoB is, thus, not capable of activating expression of phoA and phoBR.

*The above text is our summarized understanding on phosphate-sensing system using information from Hsieh & Wanner (2010). Please refer to our references section below for the reference cited. 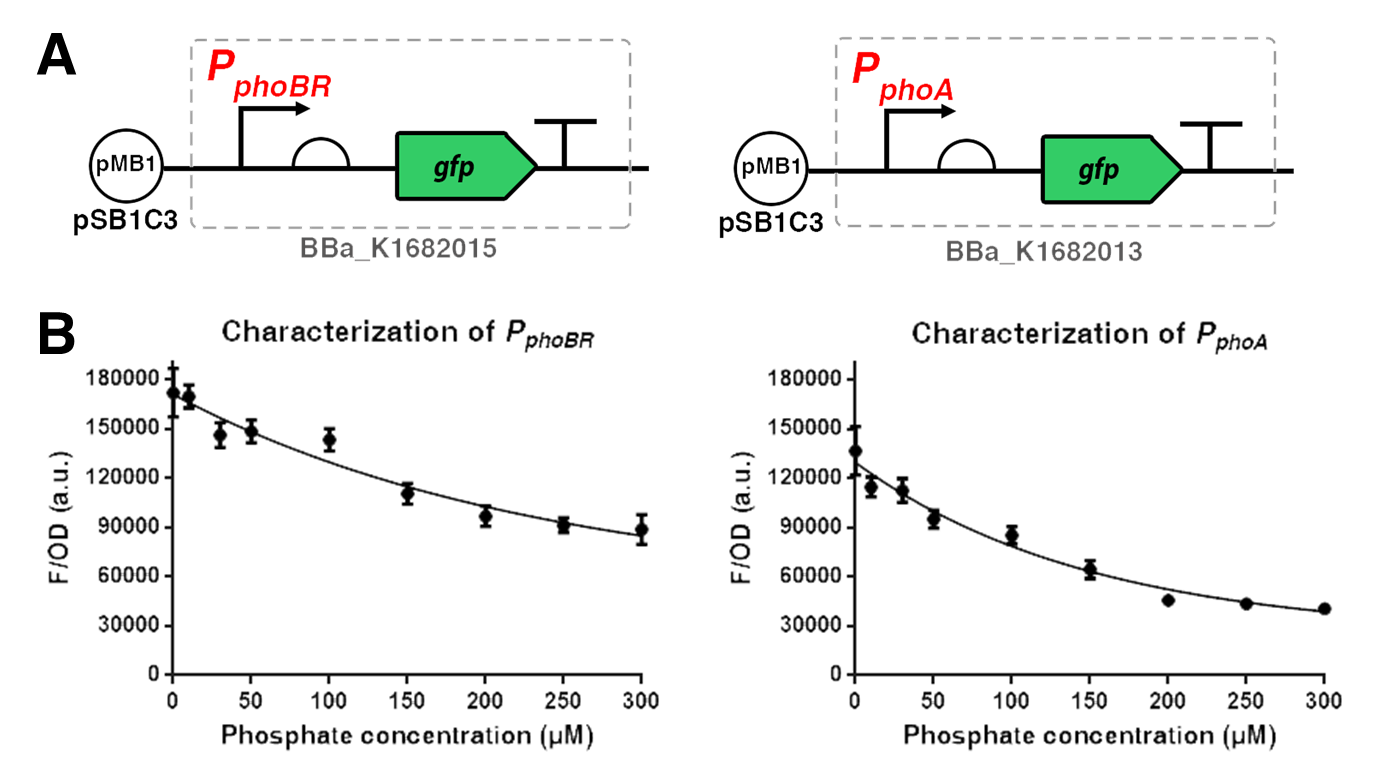 To construct a phosphate-sensing device, we cloned the promoters PphoA and PphoBR, and fused it with a GFP reporter BBa_I13504 in BioBrick RFC10 standard. The activity of promoter can then be reported by the fluorescence level under different phosphate concentrations. 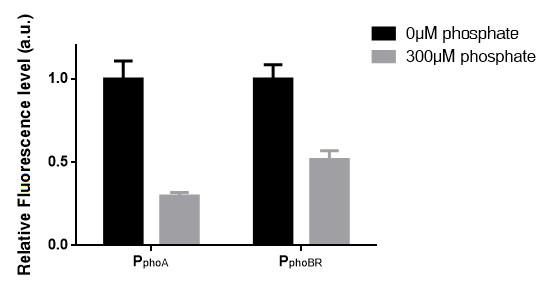 We selected PphoA for our construct. We compared the activity difference of two promoters for 0 and 300 μM of phosphate, as they are the minimum and maximum dynamic range suggested by Tokyo Tech 2013 iGEM team. Having The fold change of PphoA GFP is 2.99, which is greater than 1.88 of PphoBR. Therefore, we chose PphoA as it has a greater range, so it is supposed to have larger difference within a certain range.

Please refer to our protocol page for the materials and methods used in characterization.