CLICK ON A PART'S NAME TO LEARN MORE ABOUT IT 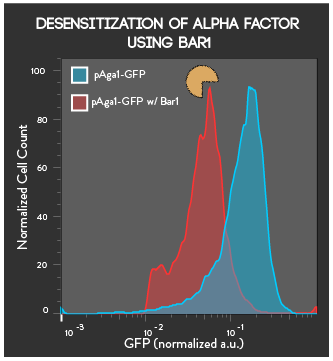 The Bar1 gene codes for the production of Bar1, a protease that degrades the yeast mating pheromone alpha factor. It has homology to aspartic proteases and has endopeptidase action that cleaves alpha factor between 6-Leu and 7-Lys. Bar1 is secreted into the periplasmic space between the cell membrane and cell wall of MATa S. cerevisiae. It is heavily glycolysated and maintained in the transmembrane space in yeast cells, where it creates a pheromone sinkhole that desensitizes yeast cells to alpha factor signal and sharpens concentration gradients of alpha factor. 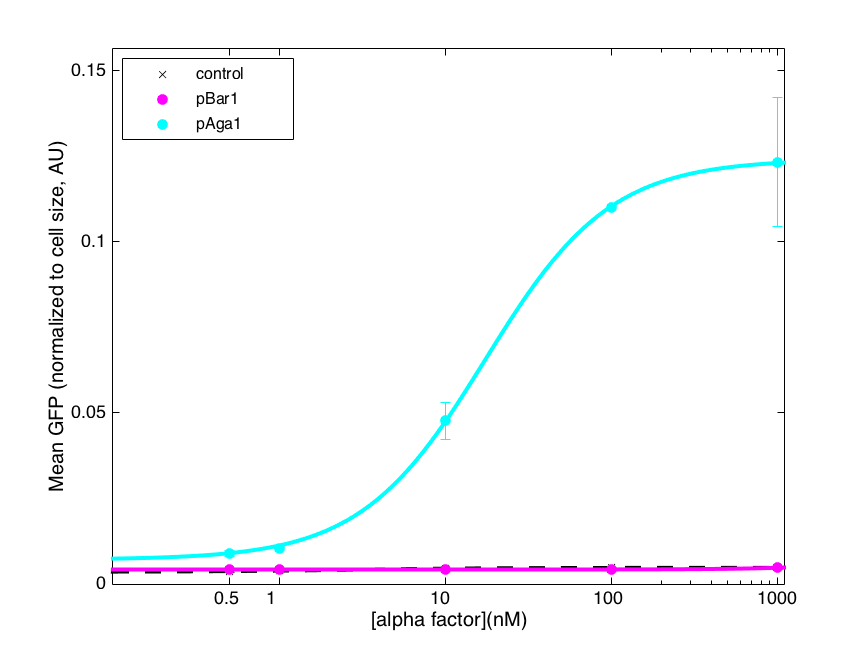 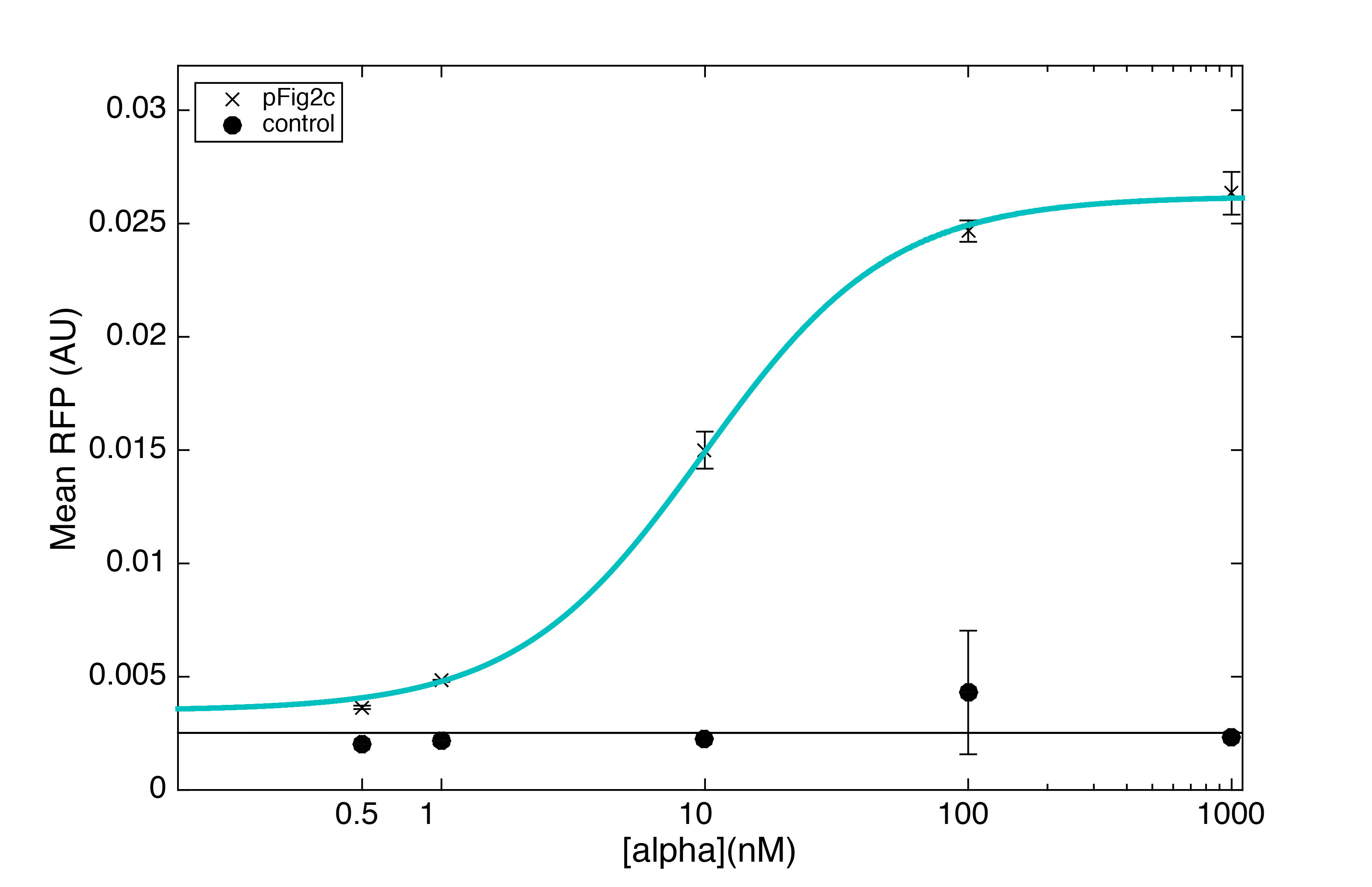 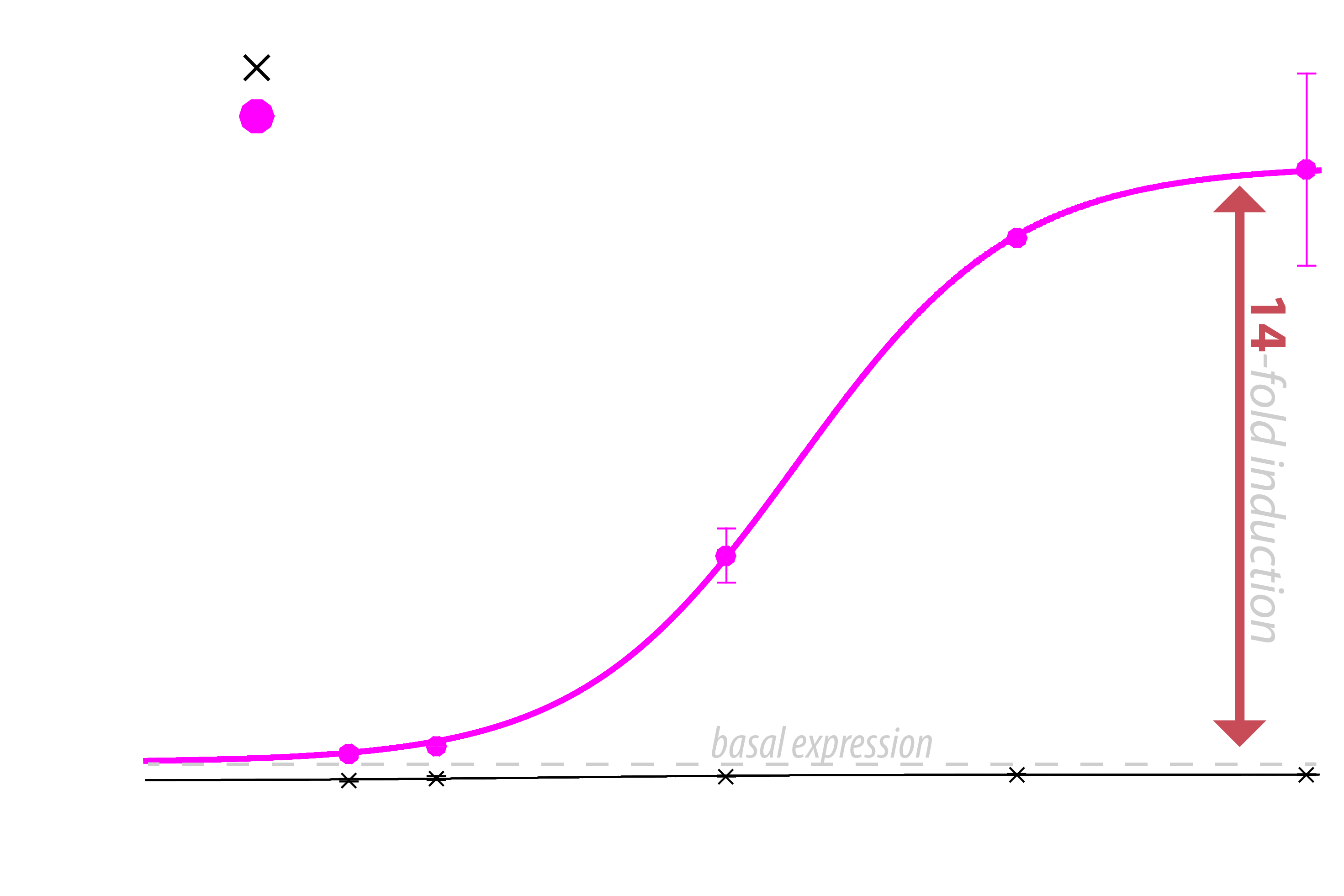 pAga1 is a mating factor alpha responsive promoter that is found endogenously in MATa S. cerevisiae (budding yeast). pAga1 activates the Aga1 gene, which contributes in the S. cerevisiae mating pathway by supporting cell structure as mating yeast cells project, or "shmoo," towards each other. pAga1 is activated by the presence of mating factor alpha (aka alpha factor) which is endogenously secreted by MATα type cells.

Ste2 is an integral ligand receptor of alpha factor found endogenously in MATa S. cerevisiae (budding yeast). This is an improved version of the existing Ste2 part (BBa_I766204) which has been made BioBrick compatible by introducing a silent mutation to remove an internal PstI cut site.