This year, we successfully construct synthetic microbial consortia MFC (microbial fuel cell) system with three species. Through the electricity generation platform we design, the final electrical output of the system reaches more than 520 mV and lasts over 80 h. What’s more, the synthetic microbial consortia MFC system can not only enhance the electrical output significantly but also broaden the spectrum of carbon sources. This is the very first time to introduce three different species into MFC system, namely E. coli, Shewanella and B. subtilis. We strongly believe our MFC system will have wide prospects in future applications. 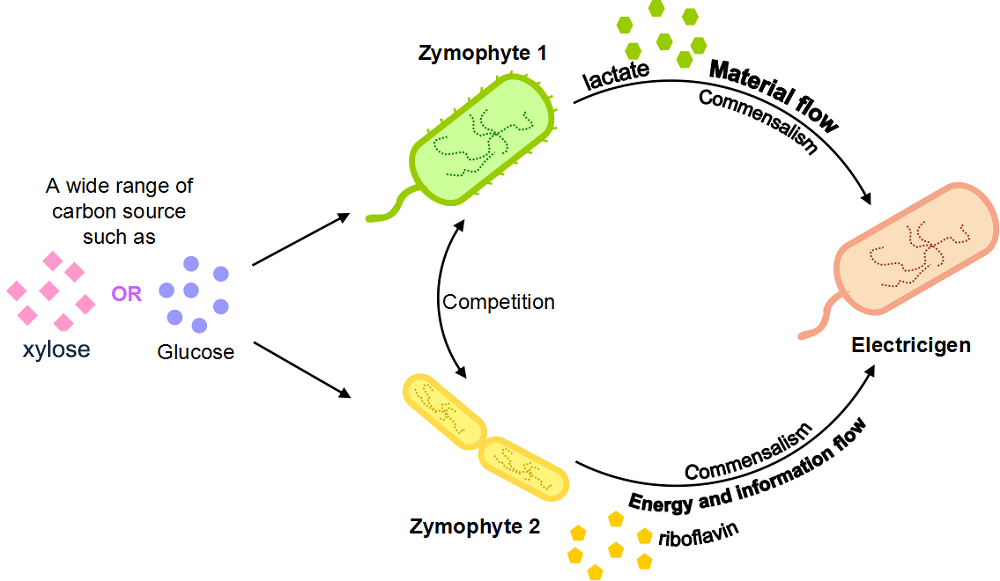 Figure 1. The overall relationship of three kinds of bacteria in our co-culture system.

Microorganisms rarely live in isolated niches because natural microbial communities have unique advantages of stability, robustness and versatility due to nutrient adaptability, stress resistance, complicated interactions, etc. Considering that single-strain MFCs face many practical barriers such as narrow range of carbon sources, low efficiency of electricity generation, demanding requirements for environment and so on, we aim to construct new generation of MFC system by using synthetic consortia with elaborate division of labor.

In our system, there are two kinds of zymophyte bacteria and one electricigen. Co-culture strategy among zymophyte and electricigen develops a delicate commensalism relation on the basis of material, energy and information flow, which may remarkably benefit the whole system.

For the material flow, we construct an engineered E. coli strain to provide proper amount of carbon source, lactate, for Shewanella which has a poor ability of utilizing glucose. In this way, we broaden the spectrum of carbon sources of Shewanella to glucose and even xylose, cellose and cellulose in the future.

As for energy and information flow, we choose riboflavin as our entry point. It is because riboflavin is the major factor determining the extracellular electron transfer efficiency of electricigen. Firstly, we construct high-yield engineered E. coli strain producing riboflavins and the final yield reaches 90mg/L in tube. The strain works well and the electrical output reaches 350mV. Then, in order to enhance the functionality of MFC device, we get further to introduce a B. subtilis strain with higher output of riboflavin into the co-culture system. Finally, the electrical output reaches 520 mV.

First, we will construct and characterize the system of acid sensing and orthogonal targeted protease degradation which can be an effective tool in regulating the relationship in synthetic microbe consortia. Additionally, we will reduce the volume of our MFC device with power generation unchanged, so that it will increase current density. We will also make improvements in Shewanella for more electricity output. We intend to weaken any other unrelated functions except for power production in Shewanella and using co-culture system to produce necessary nutrition for its survival.